The legend of Valentino Mazzola

The name alone is enough to recall memories, memories that are carved in Italian Sports History. Valentino Mazzola was the best midfielder of his time, the Captain of Torino FC, and above all, the Grande Torino. In May 1989, the journalist Gianpaolo Ormezzano wrote about him in La Stampa:

“During the funeral, Barassi read the team sheet and felt moved when saying the word: ‘Mazzola.’”

Unbelievably, Valentino Mazzola was seen as more of an icon than a fantastic football player. He was born in 1919 in Cassano d’Adda, near Milan, and he became a professional football player for Venezia FC, the team that poached him from Alfa Romeo’s team, which was in the third series.

To understand the personality and the mentality of Mazzola, you must know that when he received the Alfa Romeo’s offer to become a mechanic ― and also to become a player on Alfa’s football team ― he also received an offer from AC Milan at the same time.

During those times, in Milano, there was the opportunity to join, maybe, the first team that gave an offer, and becomes a professional football player. But Mazzola refused AC Milan’s offer:

“It was much better to have chosen Alfa Romeo; if I went to Milano, I would have received the salary but I wouldn’t work. It is much better to work: with leisure there was a danger of ruining my passion ― a truly healthy one ― for football and for my career.”

In 1939, Venezia FC ― which discovered Mazzola’s talent thanks to its football scouts who observed his games playing for the Royal Navy ― drafted him while he was serving in Venice.

The next year, after a short period in the reserve team, he made his debut in Series A. At the beginning of his career, Mazzola was merely a forward, and no sports pundit of the time considered him something special. 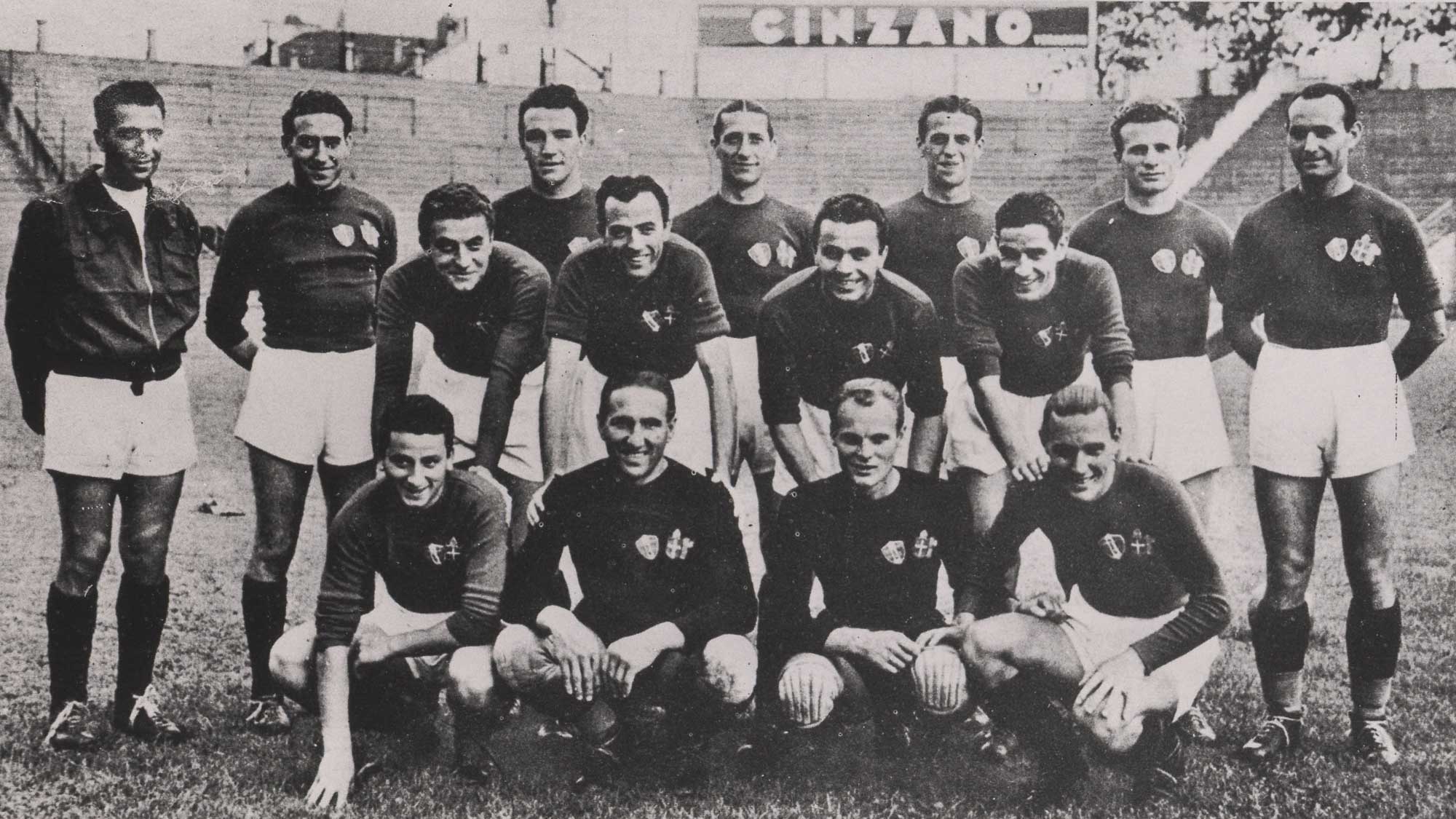 The turning point of Mazzola’s career was when the new coach of Lagunari team decided to put Mazzola in the heart of midfield, a role in which he excelled, and which transformed him into the Olympus of Italian Football.

In 1942, Ferruccio Novo, the president and the owner of Torino FC, bought Valentino Mazzola and his teammate Ezio Loik for the huge price of more than a million lire, and they eventually became the pillars of the Torino’s midfield. Thanks to these purchases, Torino won his first scudetto. Still, Ormezzano said:

“Valentino Mazzola was the Grande Torino. I don’t want to offend anyone, but the others ― including the super talented Maroso ― were players which had the fortune to play with him.”

From that moment, Mazzola’s Torino started a period in which they won five titles from 1942 to 1949, except for the years in which there wasn’t a championship due to War World II.

Valentino Mazzola was the cornerstone of the team. He was a playmaker with huge offensive skills ― he was the Series A’s top scorer many times – and he was the leader of a team which was able to dominate every opponent.

During the 1945-46 season, the famous quarto d’ora granata (“a garnet quarter of an hour”) game occurred. It was a moment of pure sports fury foretold by the rankings and led by Mazzola rolling up his sleeves. In the moment, Torino FC showed the audience how they can easily defeat every opponent.

Valentino Mazzola and his team were an icon for a country which was destroyed by the War. Destroyed by war, the country was looking for distractions and an example of perseverance; a team with the will to win.

“In fact, those who said that at first, were Torino’s players themselves. They looked to Mazzola when they were losing, and they came to him when they scored a goal. If the scorer had been someone else, the victory definitely would have slipped away from Torino FC.”

On May 4, 1949, an airplane carrying every single member of Torino’s team, staff, and also journalists, crashed on the wall of a church on the hill of Superga due to low visibility. The crash killed everyone onboard.

With that crash, the entire country lost 31 people, and the Italian Sport saw its symbols, 10/11 of the Italian National Team ― and, maybe, hopes of a better future ― wiped out in just one second. Only Fate could defeat them.

The name “Michele Alboreto” may seem of little importance nowadays, especially when you compare him to other drivers from the same generation. To jog your memory a bit, the movie ‘Vacanze di Natale’ (an iconic 1983 Italian comedy movie) gives a snapshot of just how highly regarded he was during his prime. In one scene […]