If it’s true that the life of a man is made up of just a few constants, Ottavio Missoni’s certainly was: a love for fashion, a passion for sport, and an endless devotion for his family and gentle wife, Rosita Jelmini.

A world-class fashion designer, born in Dubrovnik to a Friulano father and a Dalmatian mother, Ottavio Missoni was just six when his family moved to Zadar, where he grew up.

Surprisingly, fashion wasn’t his first love. He actually began with an interest in track and field. Ottavio was such a talented athlete that he wore the national shirt in 1935 ― the 400 meter-dash and 400-meter hurdles were his specialties.

Missoni won eight Italian titles, obtained important classifications in Vienna in 1939, and competed during the Olympic games in London in 1948.

Ottavio Missoni’s adolescence was, without a doubt, dynamic and lively, as he was constantly engaged in investing his energy in his biggest passions. However, the London Olympic games in 1948 gave him the most important gift of his life: his love Rosita. She recalls:

“I was on a trip with Politecnico University, visiting Regent Street in London. Beyond castles and museums and galleries, on the agenda was a visit to Wembley Stadium. It was a sweltering summer day, there were twelve of us, and we had student seats right next to the athlete exit. And he was there, so admired by all my friends and I.”

Rosita also helped Missoni come back to life after he returned from being prisoner-of-war in the Battle of El Alamein. She put him in contact with the fashion world, as her family had had a factory of shawls and embroidered fabrics in Golasecca, in the province of Varese, since the ‘20s.

They married in 1953 ― despite their families’ protests at their long 11 years apart ― and joined forces to lay the foundation for what later became the great Italian maison, Missoni. 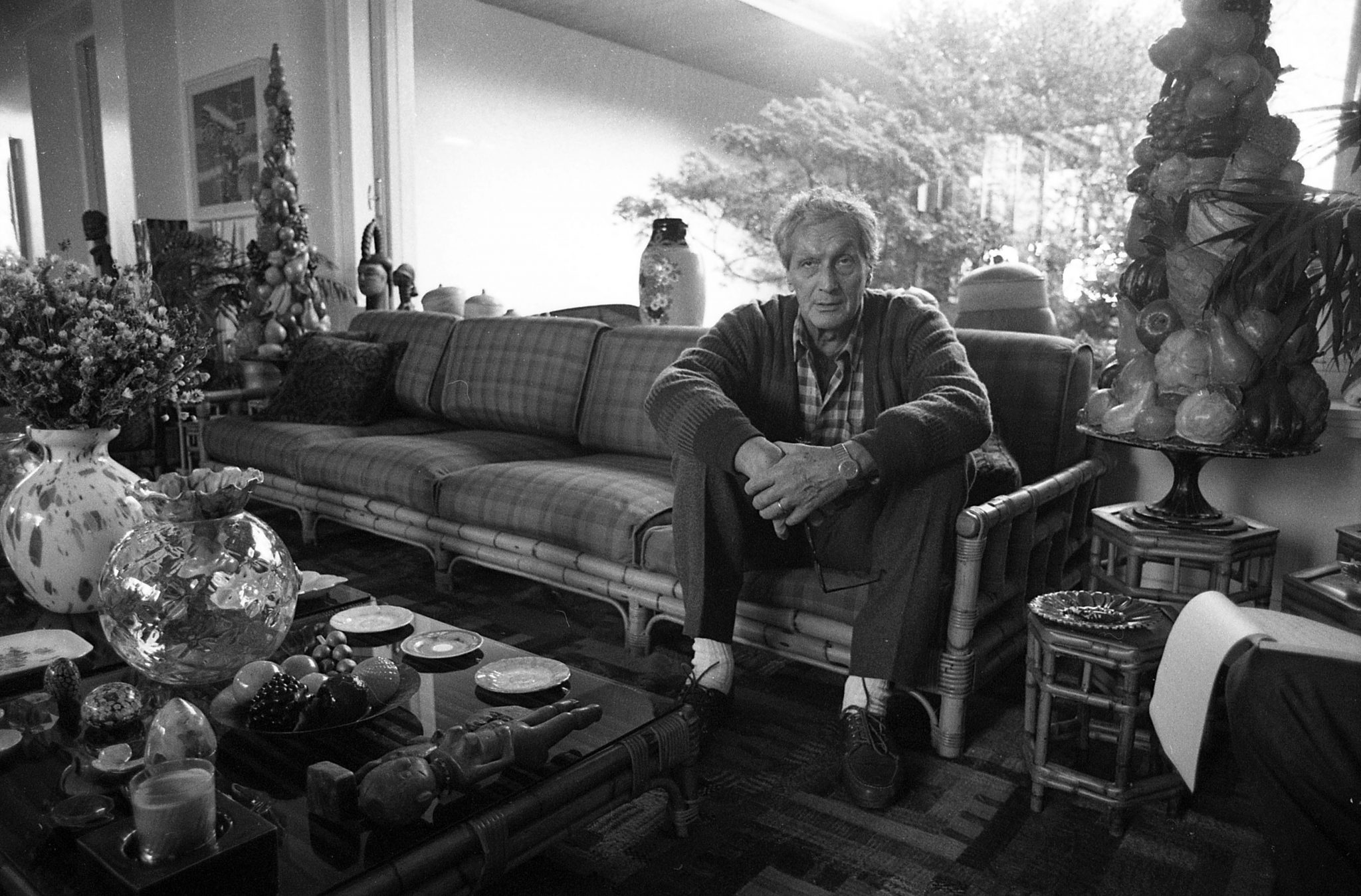 Their work was well-organized: Rosita drew the sketches and prepared the packages. Ottavio traveled with a sample case to introduce their designs to crowds that had been used to wearing only black colors. Everyone was instantly wowed by his ingenious colorful fabrics.

The company began with just four workers, who traveled an hour and a half every day to the factory. In only a short time, the brand’s signature black sweaters with ribbons and roses arrived on Via Sant’Andrea (one of Milan’s most famous luxury shopping streets). In order to have their collections shown in the department stores Callas and Rinascente, Rosita created the legendary Milano Sympathy Collection.

From that point onward, it was a continuous evolution towards success: features in fashion magazines, the first Missoni boutique, dresses for the opening of the Scala theatre, and a long list of other recognitions.

Beyond just colors and stripes, the Missoni brand boasted cutting-edge designs and provocative character. For example, in 1976 at Palazzo Pitti, Florence, models walked the catwalk without bras because the bras ordered for the show were the wrong color. At the time, exposed breasts were a real scandal, but they contributed to increasing the brand’s popularity.

One of the fashion designer’s secrets was not to take things too seriously and to question everything, to intentionally provoke the audience. His motto was:

“To dress badly, you don’t have to follow any specific trend ― it does help, though.”

Different personalities, from every sector, agree on the Missoni style ideals. The French painter Balthis, defined Missoni as a “teacher of color,” while the mayor of Milan, Giuliano Pisapia, stated:

“The rainbow that came out of his masterpieces gave us the imagination of a cheerful man, who was able to take fashion to the international level.”

Fashion designer and athlete, athlete and fashion designer ― it seems that Ottavio Missoni’s life was marked by these two identities ― different but complementary ― that melded together his warrior soul and his tenacious attitude.

“When he was 89, in 2010, he won a European gold medal in the javelin while competing in the ‘Over 85’ category, and a silver one in shot-put. At 90 years old, he was the indoor and outdoor national champion of javelin.”

However if there is a date that Ottavio Missoni would have deleted from his long life of successes and love, it would certainly be January 4th, 2013: in Archipelago, Los Roques, a twin-engined plane carrying Vittorio Missoni (his son), his wife, and their friends mysteriously disappeared from the radar shortly after take-off.

Endless investigations, ongoing research, plane hijacking conspiracies― all of the inquiries were met with silence.

After the tragedy, Ottavio Missoni never recovered, locking himself away in silence, his pain and already uncertain state of health worsening. He died on May 9th, in the same year that he lost his wife and son.

He passed away a successful businessman, but also a caring employer who turned his Maison into his second home. One of his 250 employees remembers him with these words:

“He was a sunny and sharp person: his company was so much like a family to him that my mother, who worked for Missoni for thirty years, cried when she retired.”

“He honored sports and the idea of ‘made in Italy.’ We lost someone that we are very proud of.”

With all of his prestigious recognitions and prizes for fashion and medals in sports, Ottavio Missoni will always will be remembered as a champion. To paraphrase a song by Mina, we think of him as a teacher who taught us how to see colors.