Have you ever had a friend who was able to make you smile, who made you reflect and then always got that laugh out of you? Well, this is the innate talent of Saturnino, known as Nino Manfredi. Everybody’s friend who, politely and with expert comic timing ― not to mention the rigorous use of Roman dialect ― came into Italian houses and managed to get a smile out of us, meanwhile ensuring we were glued to the television.

Born in Castro dei Volsci, in the province of Frosinone, Nino turned his heritage into a major strength, earning himself the nickname of ”Ciociaro”. In his honor, his son has decided to make a movie of Nino’s life in order to introduce a more private side of him to a public who loves him very much:

“Through the movie ‘In arte Nino’ I had the honor to tell his story, a mixture of drama, sacrifice, and comedy. I tried to incorporate the favorite style of my father; using laughter to dissolve tragic moments, whilst preserving sentiment, which sometimes ends up overwhelming the fun anyway.”

Behind all these emotions, we find the tortuous path of an artist who, at just 18 years old, had to face tuberculosis. For three years, it forced him to make his home in a room of a hospital.

But he defeated his illness and, thanks to some friends, he ran into the job of his life, that which made him into the great Nino Manfredi. 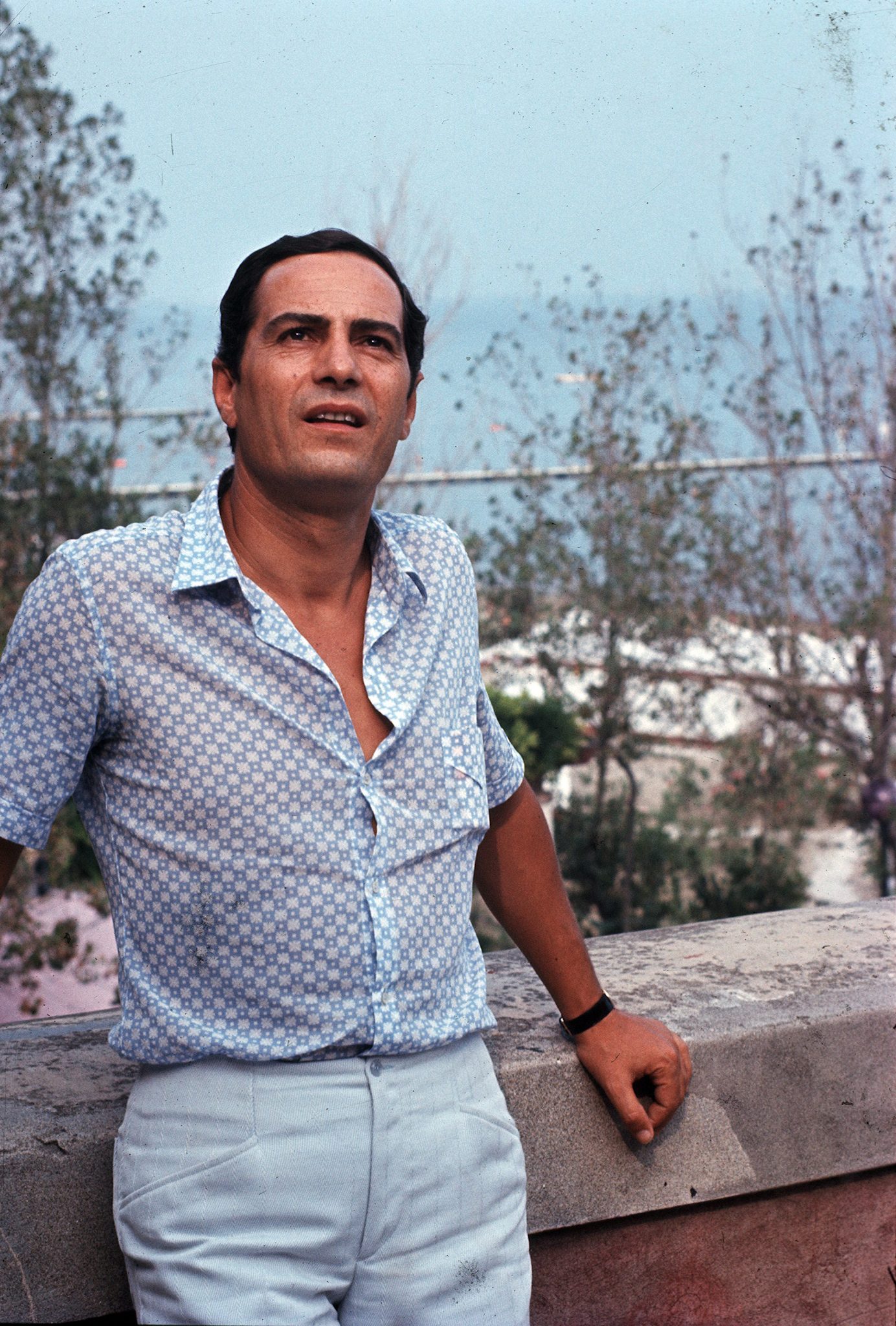 It was an interest that, little by little, became a passion: not a simple whim but a real need to express and cultivate a talent. It was a pity that he had to deal with his father’s solid dissent. His old man wanted him to become a lawyer at any cost.

What to do then, when you can’t choose between your father and your passion? His answer: you don’t choose. With a touch of genius and a good deal of bravery, Nino Manfredi attended Accademia di Arte Drammatica but also the Faculty of Law managing to carry on his studies while Rome was experiencing bombing raids, at the end of World War II. Upon graduating in 1945, he brought the parchment to his dad and he said to him:

“Here it is, that’s for you. Have fun with it, ‘cause I am going on tour with Gassman!”

And it was an absolute success: in 1958 during a television programme called Canzonissima, he introduced his alter ego, Bastiano, a barman from Ceccano, who made every Italian laugh out loud with the sketch: “Bongiorno signo’, fusse che fusse la vorta bbona” (‘Good evening madam, might be the good one’). It became an instant catchphrase.

In a short time, this barman transformed from a simple, funny, idea, oozing reality and humanity, to a character that people, in a bar and at home, looked forward to seeing in front of them on their television sets.

He was a star of Theatre, cinema, and television, as well a director, and regarded master of voice-over work. He lacked for nothing. One day, the great Eduardo De Filippo was talking with Nino and said to him:

“You can be my successor.”

He was welcomed among the big names of television, earning the friendship and collaboration of Alberto Sordi and Dino Risi. But the greatest success of all was the long-awaited applause of his father who eventually paid him his dues after many years of effort. It was thanks to his natural talent but also his original and unique philosophy that revolutionized the language of television.

“Italians are made of dialects and so this is the language of Italians that we have to speak too.”

Unlike those television and theatrical directors who decided to delete dialectical elements in their operas, Manfredi was persuaded that dialect was the most genuine and real expression of the Italian people and thought theatre and cinema should talk like the people, as true as those you meet on the street. 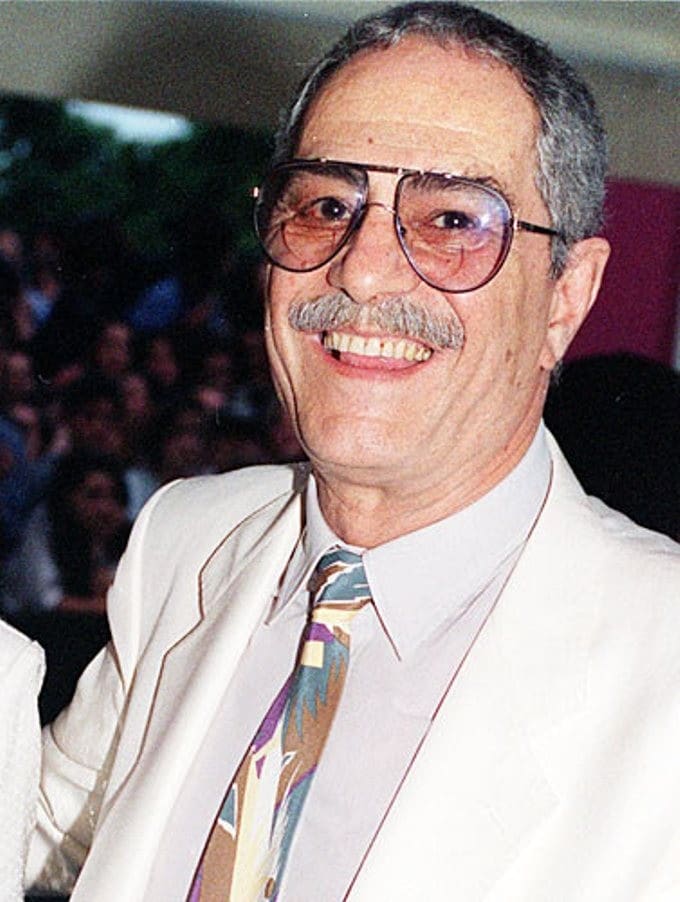 Through this lesson, Nino taught us to observe reality from a different perspective, a more natural one. The unmistakable mustache, the big glasses, and Panama hat: maybe this is the image that comes to mind when we think of Manfredi.

“However, Nino was also a handsome man, who dresses in dinner jackets and ties, fascinating with his dark eyes and raven pulled back hair.”

Who’s hiding behind those lenses? An ironic and happy man, with a frank and spontaneous nature and an unconditional love for women, though only one in particular: Erminia Ferrari.

The relationship between the actor and the model was special for being the result of a series of accidents. First of all, it was a blind date, and not exactly a love at first sight but it was the beginning of a relationship that became a 50-year love affair and created a family of three beautiful children.

“When you choose a person ― says Erminia ― and you are aware that it is for your entire life, it is natural that you share everything. During all the years we spent together it looked like I traveled in his head, a splendid travel into an exceptional brain.”

But this love story was close to never happening, and everything could have different if not for the intervention of a cheap scam. Erminia was very close to marrying another young man. It was all set up, except that the would-be groom vanished. He had continued to ask her family for money, but when the time came to pay up, he escaped and was never seen again.

“Then I found myself at dinner with Nino, both of us were convinced that the invitation was actually from a different person. I was burned by love and I didn’t feel ready for a new person. Then, in Rome during a night together he embraced me and he said: ‘let’s marry now’. I told him that he was crazy, but we did marry, after another year.”

He actively moves on the stage, involves his audience as few can and he is a Showman with a capital “s”. Let’s zoom on him: a rebel ponytail ― which he will cut ― Italian squares and then TV studios in turmoil and a great punching-bag face that manages to get a smile out of […]