November is also Movember, the “mustache” month: more and more men are growing one in this month, and for good reason: to raise awareness and prevention to prostate cancer, and how it can be prevented.

To the moustache and “moustaches’ voices” we dedicate this Spotify playlist – because we are really having fun!

Which Italian never woke up, at least once, maybe for fun with roommates or friends or by hearing it randomly from the radio or the tv, to La Ballata di Fantozzi while having breakfast? It came up in 1975 with the first Paolo Villaggio movies, where he is the unlucky accountant, then it became the soundtrack for the others, from Il secondo tragico Fantozzi onwards.

The 1970s routine of the Italian middle class is represented in this iconic text and rhythmic trumpet, but a few beats after the beginning, the song assumes an other tone, becoming an unexpected twist, with one of Ugo Fantozzi’s most famous quotes. A great classic Italian movie, that keeps every generation entertained with its bitter-sweet tones.

Another kind of atmosphere in Giornata Perfetta by Capossela, where the songwriter sings about a happy awakening, starting from a shave in his undershirt, when he’s only thinking about accordion jingles and a walk in the sun “dancing tip tap, fresh like a cologne perfume”, where “the air is kissing you” and “the sky is blue as a kindergarten jacket”.

A light song with an “easygoing” atmosphere (on the surface), about which Capossela says: “It is dedicated to self-reliant people, who trust in their own good feelings. It is not easy to find the power of taking a look up on the sky. This is a song against crises, for self-confidence and self-solidarity”.

There are lot of Italian songwriters who sing about Love, but in this article about moustaches we have to mention: Fabio Concato, Gino Paoli and Paolo Conte. Tree kind of moustache, for tree beautiful poems. The sweet Mi innamoro davvero by Concato says:

«E ci teniamo per mano
Siamo in silenzio io e te
Certo ch’è buffo, sono teso più di te
Ti sento tra le mie dita
Ed è un piacere così
In questo istante la vita è tutta qui.»
(And we hold hands in silence, me and you. It is so funny, I’m tense more than you, I can feel you in my fingers and it is a pleasure, In this moment life is here.)

But this song played by Fabio Piccalunga is not enough to break our heart. One of the other Italian moustaches, Gino Paoli, sings his Lunga storia d’amore (Never ending love story) with Stefania Sandrelli; this song from 1984, soundtrack to Paolo Quaregna’s movie A woman at the mirror, is an intense autobiographic song, that with its vibrant charm is asking about the end of real love.

Another matter is a song on impulsive and sudden love by Paolo Conte, his Via con me, with a melody which is at once sharp and cynical, but also really funny and strong, Conte makes this song a brilliant piece of Italian swing music:

«Vieni via di qui,
Niente più ti lega a questi luoghi,
Neanche questi fiori azzurri.»
(Come away from here, nothing ties you to this place, Not even these blue flowers…)

Speaking of jazz, it is impossible not to mention in this selection the edging Mackie Messer Ballad from The Threepenny Opera by Bertolt Brecht (1928) set to music by Kurt Weill. The original title is Mack the Knife and it presents the cynical anti-hero character from Brecht’s play, an arson, robber, rapist and murderer – hence his nickname “the knife”. This song became famous when some USA and UK musicians started to play it, from Louis Armstrong (1956) to Bobby Darin (1959), from Ella Fitzgerald to our Milva:

There are also parodies of this song, as Steve Martin in 1977 Saturday Night Live and The Muppet Show, becoming a timeless classic song in cabaret music.

In international music, a mustache and a rock outfit is a combination many artists have chosen. The most iconic are Freddy Mercury’s, the Beatles’ and Lionel Richie’s mustaches. For Lionel, it was his card, and with he led 70s and 80s fashion with the rhythm of All night long.

We should also mention The Queen and their leader Freddie Mercury. His mustache was famous since the beginning, and it also hid his overbite. But in 1984, while recording The work, he shaved it, leaving behind a trend he himself had set. He decided to grow it only one year after for the concert of Live AID at Wembley Stadium, but finally he abandoned his mustache when the disease was consuming his body. 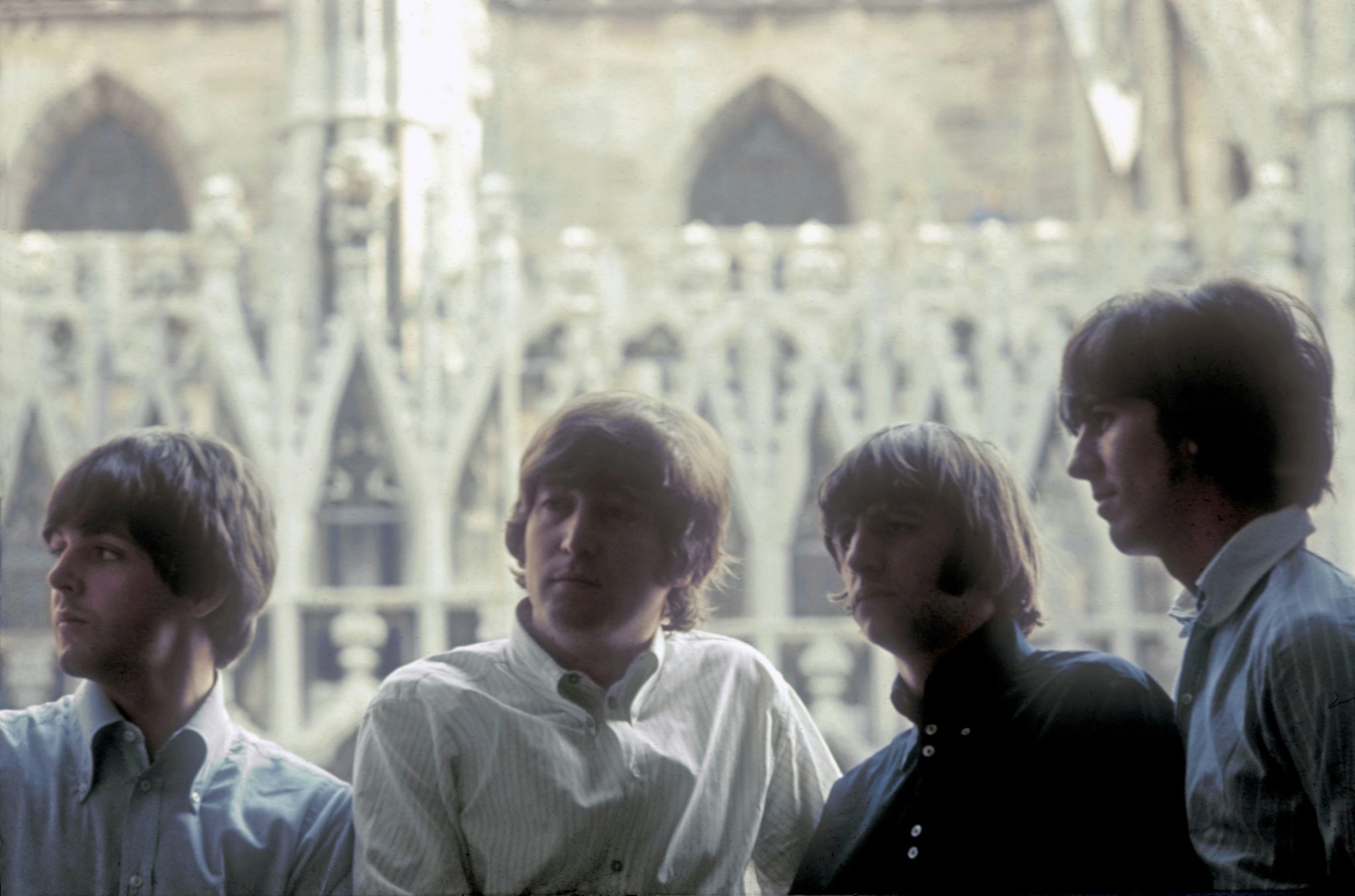 The fab four from Liverpool, already famous at the beginning of the 60s, began to grow moustaches for the launch of Sgt Pepper (1967). In the following years only Ringo Star’s moustache remained famous, because John Lennon preferred a beard and Sir Paul Mc McCartney went back to shaving.

Nick Cave had a love-hate, on-and-off relationship with his moustache: he started out shaven, but then decided to flaunt a dark and “glamorous” moustache, as peculiar as his voice, making his elegant and maudit lord look, his moustache being his banner.

Unconventional, provocative and dark, but also unpredictable, disturbing and attractive…. these adjectives describe the rock star who in No Pussy Blues (from the album Grinderman) recounts his numerous attempts to get a girl into bed with him, but he can never convince her.

«I sent her every type of flower,
I played her guitar by the hour,
I patted her revolting little chihuahua,
But still she just didn’t want to.»

A few months after the release, he said in a interview that the girl didn’t want him… because of his moustache: “I’ve had a lot of success without a beard and a mustache, and with tidy hair”.

Could the cowl make the monk in a razzle-and-dazzle case like Nick Cave?

Anyway, if you don’t know what Movember is…

The word is a portmanteau combining Moustache and November, and the movement was born in 2003 thanks to a group of friends in Melbourne. It also became a foundation with a website, Movember.com. Urging men to grow a moustache during this month, thanks to social media and testimonials, the project achieved worldwide success, gathering 1,9 million Mo-Bros in Australia, New Zealand, America, Canada, Britain, South Africa, Ireland, Finland, the Netherlands, Spain, Denmark, Norway, Belgium, the Czech Republic and Italy. Anyone can do it: you can register on their website, grow your moustache, send your photos and – if you want – donate.

Cover photo and photo in the text by Courtesy Everett Collection/Co​ntrasto.