We bought the best chicken at Gannasi’s; our parents did, too. In the evening, popping by in that small kiosk was a good award for every working day. Giannasi has always been there, not far from Porta Romana in Milan, since 1967; it lived on through the decades, starting as a simple poultry house and becoming a temple of Milanese gastronomy, essentially a brand.

It all started when the owner Dorando Giannasi, together with his sister, started working in the Lambrate district. It was 1959 and he was fourteen. One thing is certain: his spit-roasted chicken remains the most well-known in Milan, although since then many things have changed. An example? Fifty years ago his clients were all women, whereas today there are mostly men. Here’s my interview with Dorando Giannasi, Milanese king of spit-roasted chicken; his dandy style and simple soul keep with him an unknown Milan.

Guess what: then I got hungry. 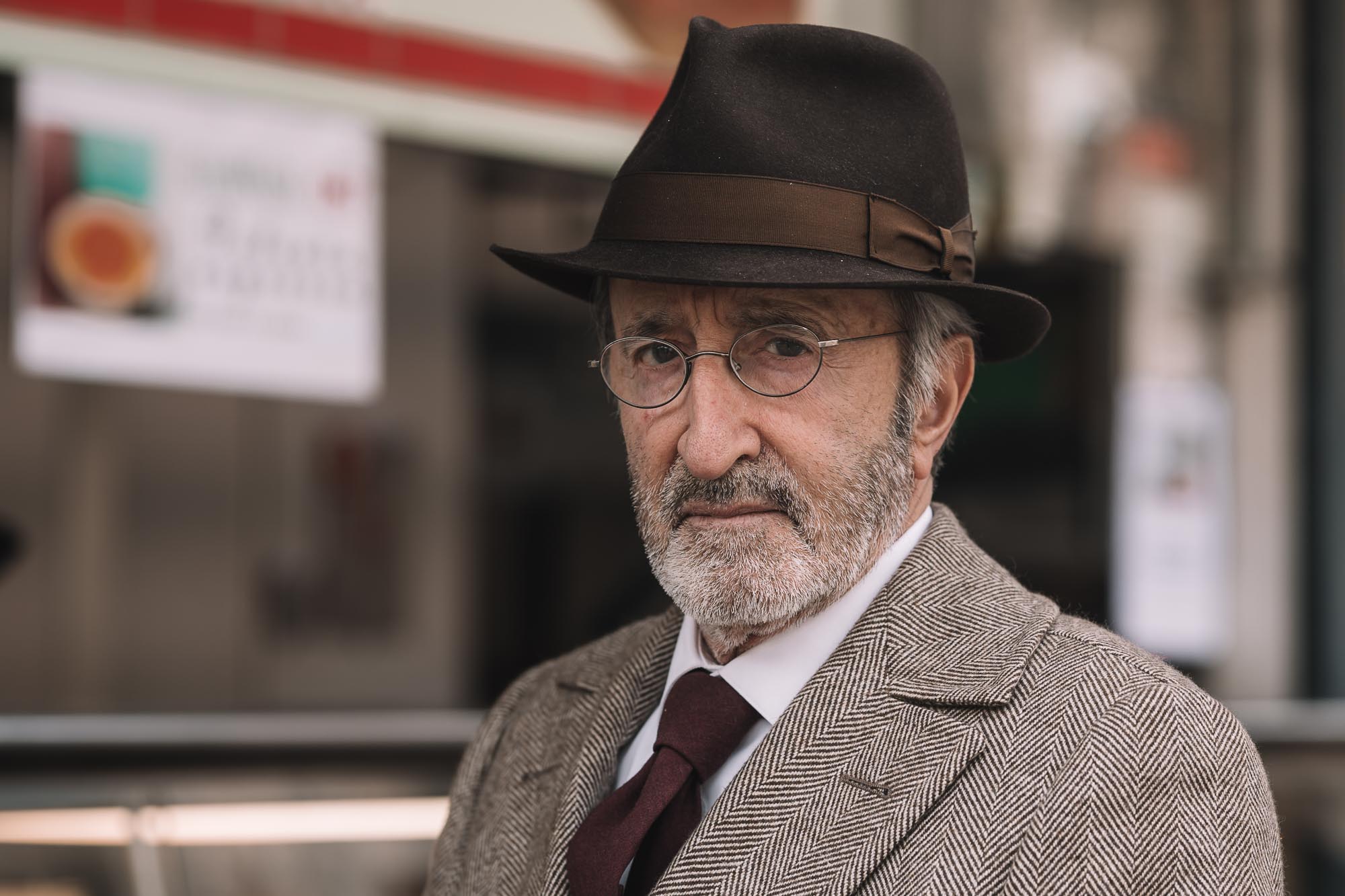 Ciao Dorando, you were born in Emilia Romagna. When did you arrive in Milan?

I was born in 1945 in the Alto Appennino Reggiano, on the ridge between Tuscany and Emilia. In 1959, an older sister emigrated to Milan to work as a maid in a family that had a poultry farm in the Lambrate neighborhood. After some time they asked her to be an assistant in the food business. I went to work in that poultry shop myself. They were always very nice to us, they treated us like children and we were very fond of the Muccioli family.

Your business is now an icon of Milanese gastronomy: how did that come to be?

We worked for the Mucciolis for a few years, until, being rather old, they decided to retire. So they helped us start our own poultry business, lent us the money to start and taught us their profession. We initially opened in Corso Buenos Aires at number 2 in 1963, then we moved to what is now our current headquarters, in Piazza Buozzi.

How did you choose your place, the mythical kiosk with the lettering “Giannasi” that all Milanese know?

We renovated this kiosk, owned by the Municipality of Milan, which was built during the entre-deux-guerres and sold fruit and vegetables at controlled prices. It was 1966 and it had been closed for quite some time when we were allowed to use it. In May 1967, the poultry farming activity started, which over time gave us so much satisfaction. 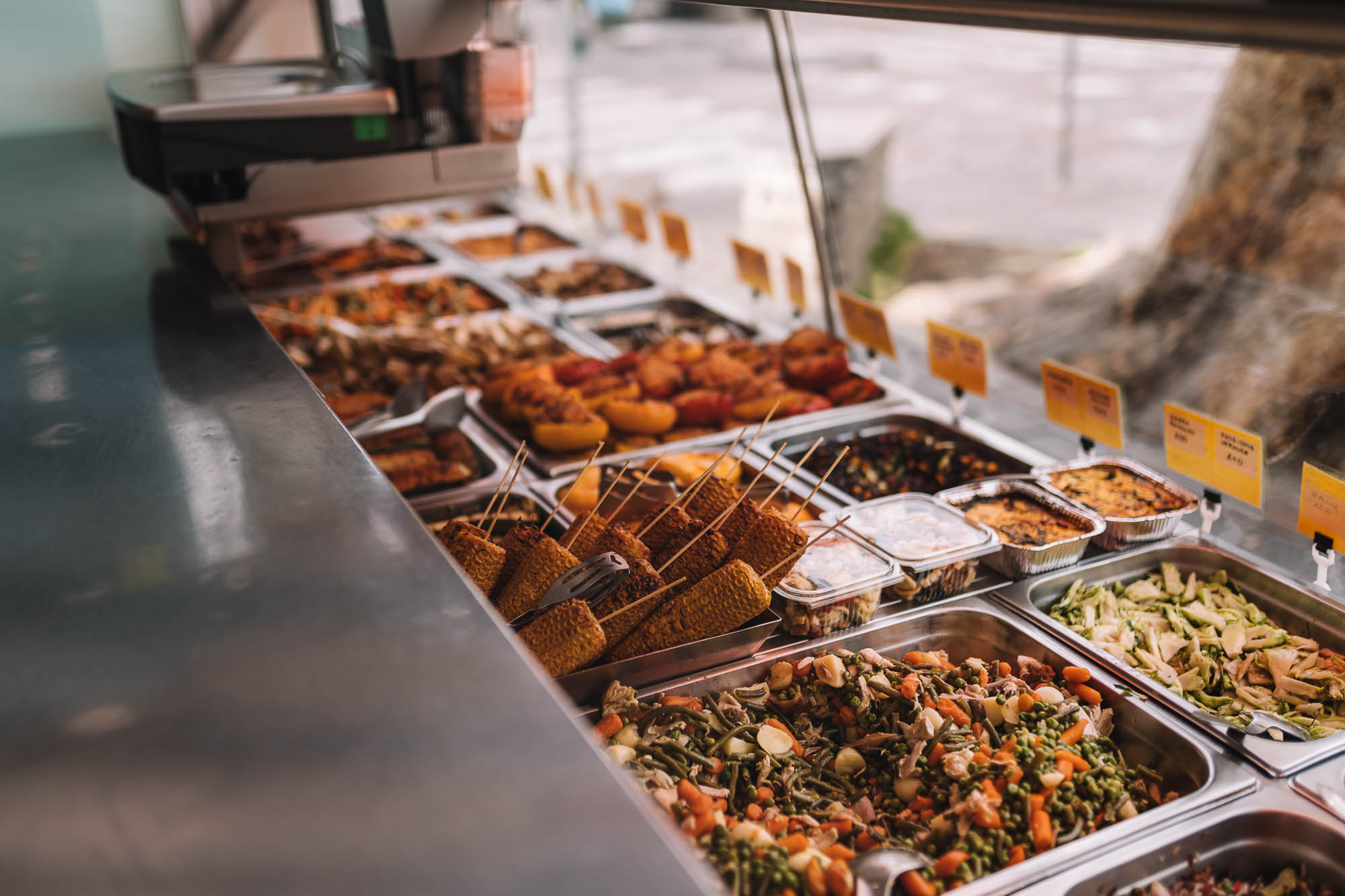 Milan is the fastest Italian city, creating and chasing fashions. How has your poultry farm evolved over time?

Initially we were “pollivendoli”, we sold raw chicken meat but also game. Rotisseries were almost non-existent; in the vast majority of cases people bought to cook at home. There was not such a widespread habit of eating out, let alone buying food ready to be consumed. The clientele was exclusively female, men did not do the shopping.

For many years this was the norm; then little by little we adapted to the changing demands of the market. At first we added beef, then we started to get closer to gastronomy, adding a spit, then another, then a fryer. 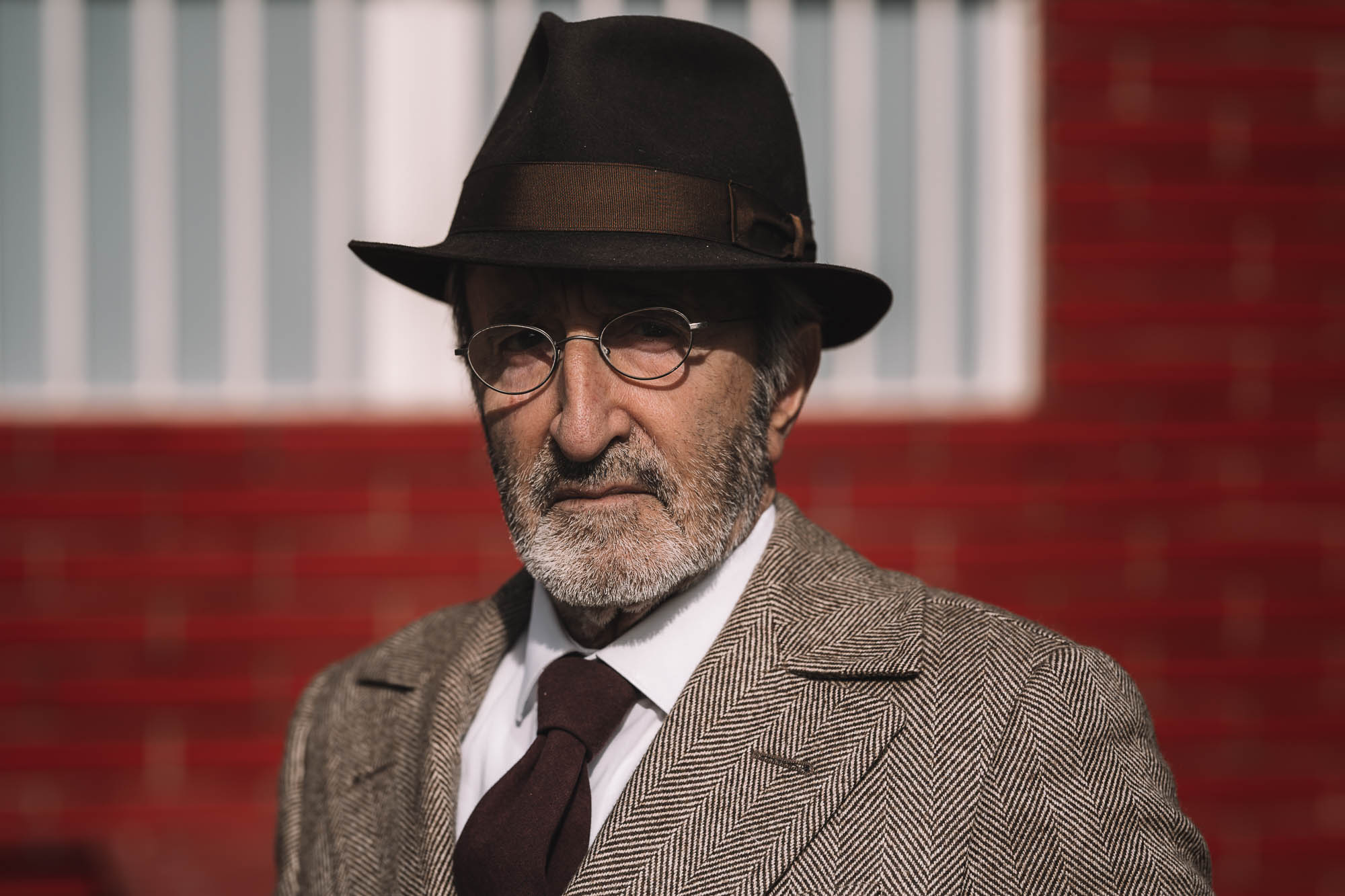 People were getting used to the idea of ​​being able to buy food ready to be consumed.

Yes, the demand was always greater and the space available was and always is the same: 38 square meters. We have gradually reduced space for raw meat, to the point of completely eliminating it. We thus became a rotisserie in every respect. In clear contrast with the past, today our clients are mainly male. Fifty years ago you didn’t see a single one. 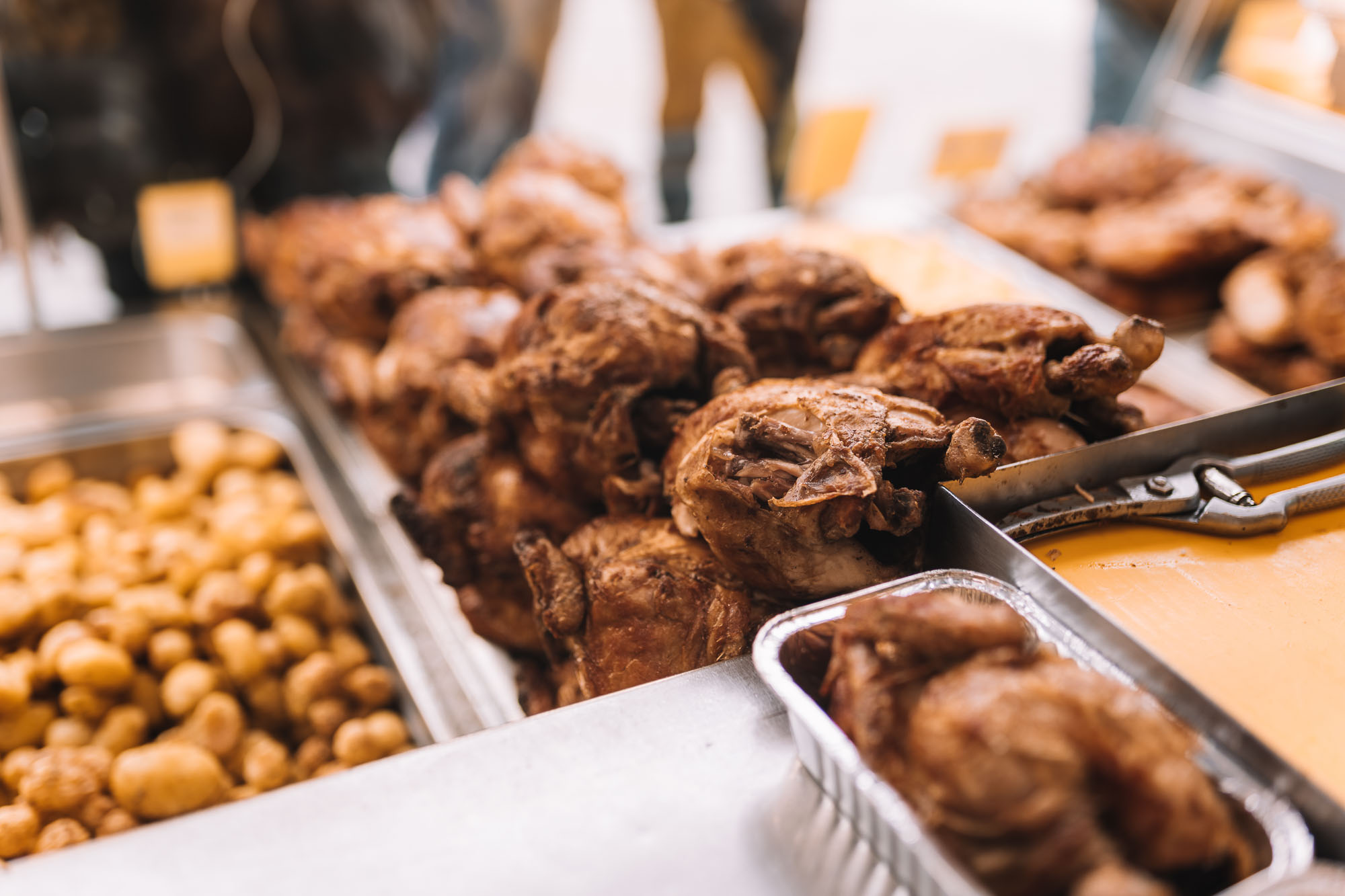 A fry shop that in all these decades has always enjoyed great success among citizens. How would you explain that?

I can proudly say that our business has always grown over time. Of course, with lower or higher earnings depending on the year, but the economic return has always improved.

Suffice it to say that we were two to begin with: my sister and I; a younger brother then joined us, and today there are twenty-five of us working in the family business. Why did we succeed? I have never mused upon this much, we have always worked as self-taught professionals, and we never had a cook.

Over the years we thoroughly experimented with spices and cooking in order to get the best possible chicken. Our chickens are good and cheap. On peak days (warm spring days when sales are running), we sell up to 1350 chickens, which is the maximum the structure will allow. This is enough for me.

When do you think Giannasi started to be perceived as a brand, synonymous with ‘made in Italy’ and, even more, ‘made in Milan’?

I like investing in communication, in the press as well as in billboards on the subway. It is a small personal satisfaction to see my name around the city. But it was certainly not only this that made this talk about us.

As I said, it was the products and the people who appreciated them. Then of course, today there are also Giannasi custom t-shirts and caps, nice ideas I got from my daughter Paola that put our brand in a contemporary dimension.

You talk about your business with great enthusiasm. Is it your biggest passion as well?

I’m lucky, I still actively participate in all the activities of our kiosk. I do what I like and I also gain a more than decent living. What more could I ask for? 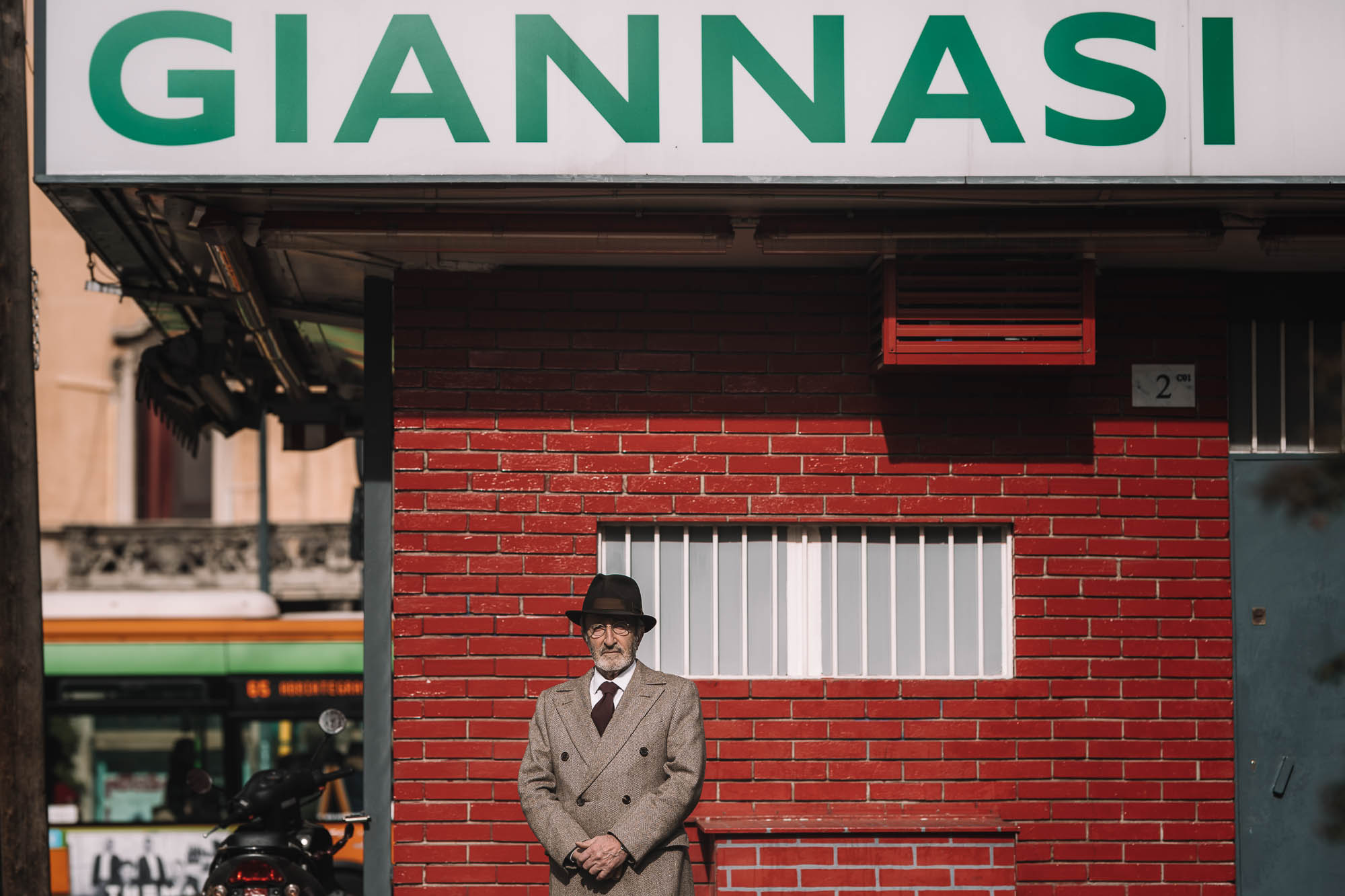 A perfect screenplay, an eternal mask, the first sports movie to win an Oscar for Best Film. More than 40 years ago the audience met Rocky, and Sylvester Stallone conquered the world with a story of boxing and success. Or maybe not? “At the time, I was looking for a breakthrough, but nothing happened.” In […]

Chet Baker is the epitome of “Cool Jazz”. In the late ‘60s, the American trumpet player passed through Italy and left his mark – a legacy of mixed feelings. Hotel Universo, Lucca, room 15, 1960. Every day, trumpet in hand, Chet Baker stands by the window facing the area surrounding Teatro del Giglio, while a […]