Let’s jump in a time machine and go back to a time when SUVs, Crossovers, and MPVs didn’t exist; city cars were born but they weren’t called that yet. This was the period before the 1980’s: Europe was growing and developing its economy and industry, in the middle of political conflicts and energy crises.

In Italy, for example, families started riding the Lambretta, then they drove the Fiat 600, often the only car in a family. Then, they had the opportunity to buy the second car, the 500, between the 60’s and 70’s. 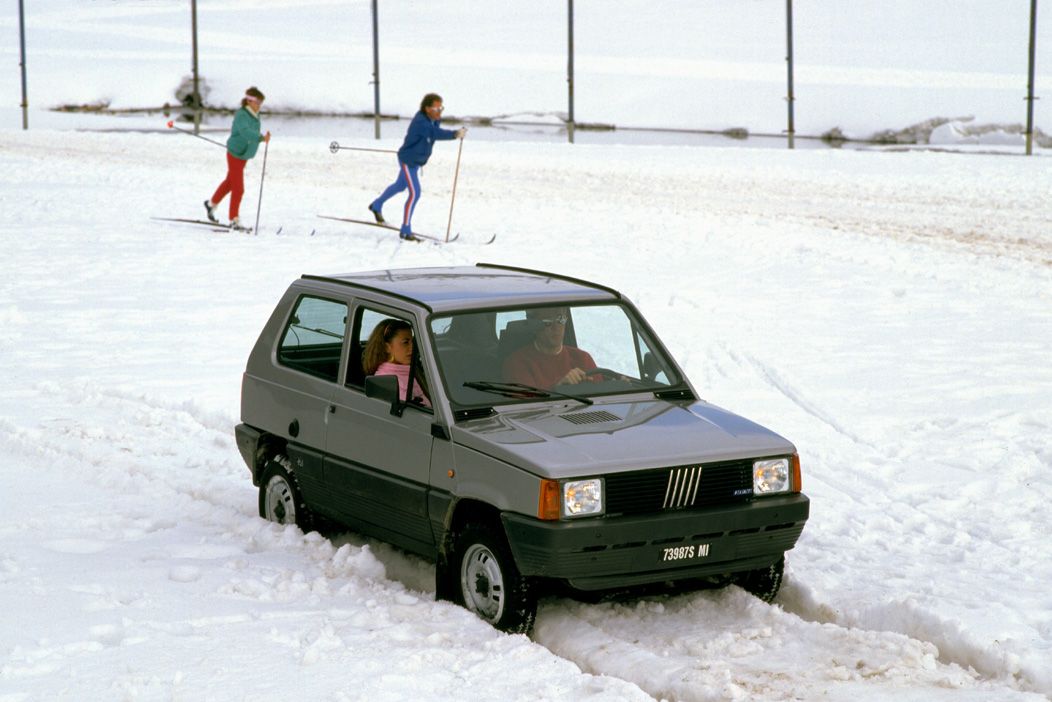 Meanwhile, people used to move from the countryside to the cities, crowded and messy with their medieval alleys; big cars were unsuitable. While the 500 was the car with the right dimensions, its curves looked inexorably old. At the same time, it was too young to have earned the icon status that we celebrate nowadays.

“Indeed, the 500 was rounded, curvy, the result of 50’s style when rationality wasn’t one of the design process parameters.”

In little more than 20 years, the style of Dante Giacosa ― father of the 500 ― disappeared when Fiat decided to design an all-new city car. What were the new requirements?

It would have to be small, an ideal second car for a family, comfortable enough for the daily drive downtown but also suitable to take children to the seaside or grannies up to the mountains.

It would have to be cheap, clever and innovative: people needed to immediately perceive its essence by its shape. 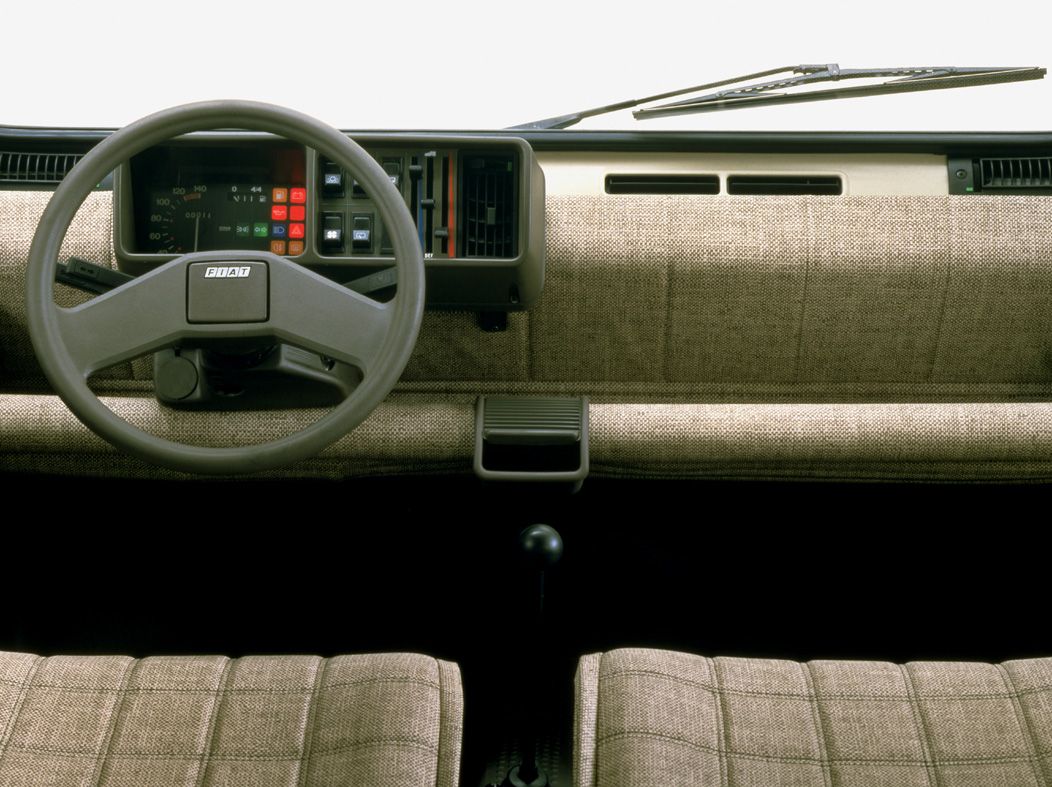 Giorgetto Giugiaro, named “designer of the XXI century” was the head of design on this new project: an external designer for a new and fresh project.

The body was partially made of plastic and flat glasses: a distinctive sign of the new Panda, but really hard to harmonize in a car body. Giugiaro talks about it, using his Panda as an example of the capacities of Italians:

“they’re able to reach the maximum with very little.”

It was initially snobbish. In the beginning, it was purchased by people who appreciated its simplicity, the small few, rather than by people with small means. The Panda’s first customers were businessmen, engineers, and architects who referred to the Panda like it was a luxurious sedan.

“The real luxury of the Panda was the possibility to remove the excess. The luxury of the understatement, the non-embarrassing mobility; differences among classes was evened out with the Panda, just like the Beetle and the 500 did in the past.”

Time goes by, new models are launched and only after many years, do we understand how this project was modern and efficient.

It is now celebrated at the PandaRaid, at “Panda a Pandino” meeting or with the slogan “Save the Panda” which echoes the real campaign by WWF for the animal. The original Fiat Panda, with the 4×4 as the forerunner, is entering the world of car design icons. 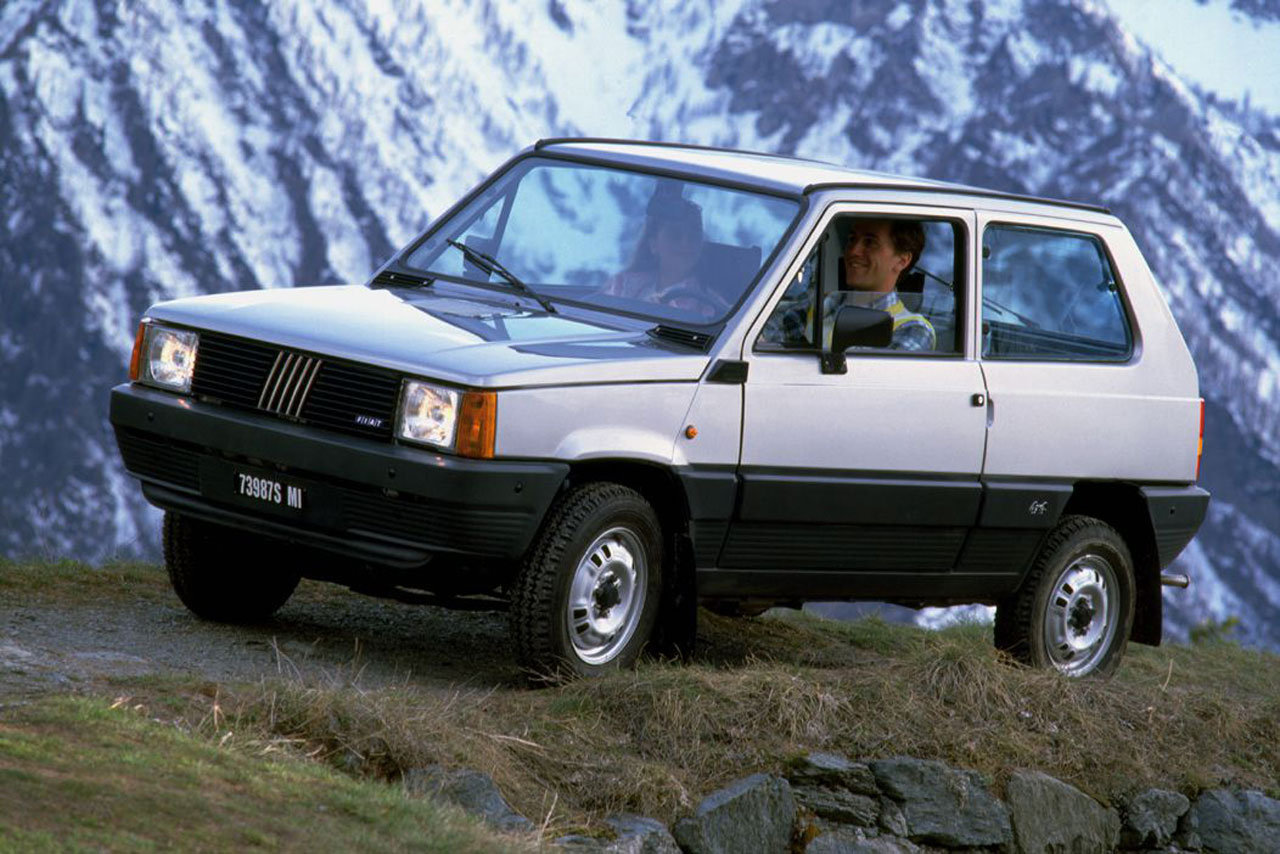 There was a time when nobody could conceive the Coca-Cola bottle as an icon, nor the Rolex Daytona, nor the Fiat 500.

So, if the 500 is so popular all over the world, why shouldn’t be the same be said for the Panda, with 5 million models produced and a recent exposition at Car Basel alongside other masterpieces?

“Just because it has a squared shape instead of the rounded and reassuring one of 500 model?”

Its rational shape for the maximum inner space, with the minimum outer dimensions, is one of the privileges of its design by Giorgetto Giugiaro, one of our best Italian designers. 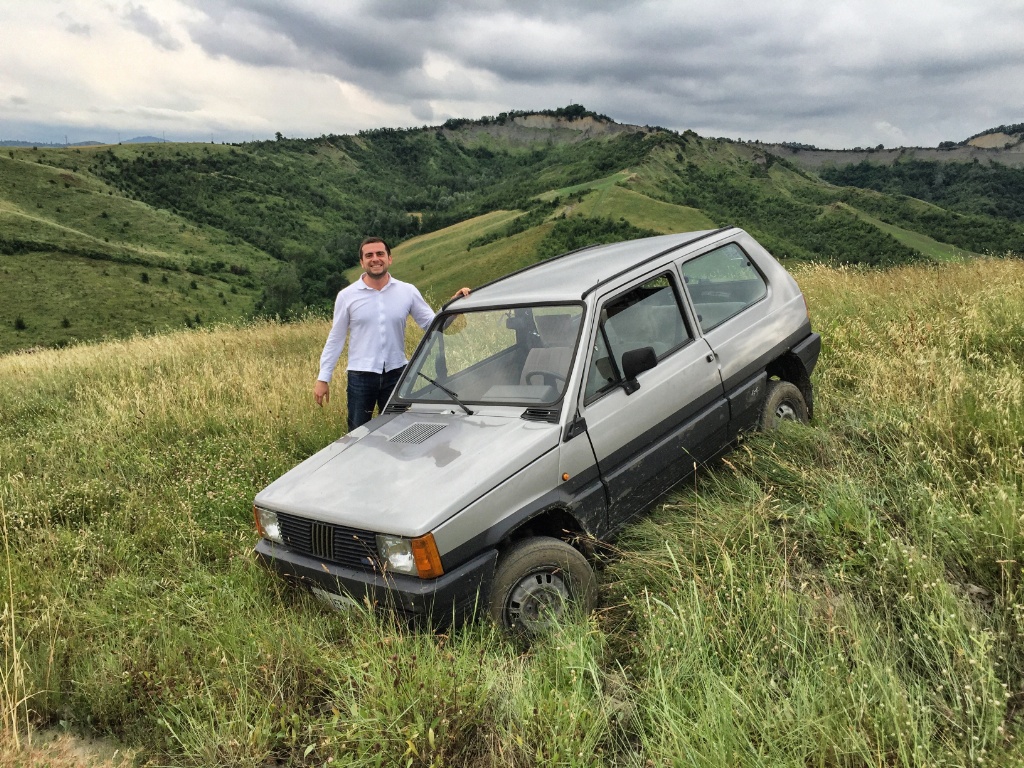 He worked on many concepts and supercars (Maserati, Lotus, and Lamborghini, for example) but he is particularly proud of his small and mid-sized projects, such as the first Volkswagen Golf, the Fiat Uno, Punto, the Daewoo Matiz and, as well the Panda. With this car, he won the 1980 Compasso d’Oro award by ADI, the Italian Design Association.

Thanks to this foundation, in 1983 Fiat presented the Panda “4×4”, its natural evolution: it was a revolutionary small 4 wheel drive car, the first ever in its category that allowed people driving in the mountains or up to the hills, to move easily in all weather and ground conditions.

The 4WD transmission, made by the Swiss company Steyr-Puch, mounted onto a small car, made it more akin to a steinbock than a panda.

“It was revolutionary whilst being so simple.”

Before its launch, people who needed an off-road car only had a few choices, Land Rover or Mercedes GL. The Panda 4×4 opened up the field of modern “small-SUVs”. Nothing could stop it.

These features made the Panda ― and the 4×4 as well ― one of the best selling models in Italy and Europe for many years: designed for simplicity of production but then appreciated by many for a multitude of reasons. 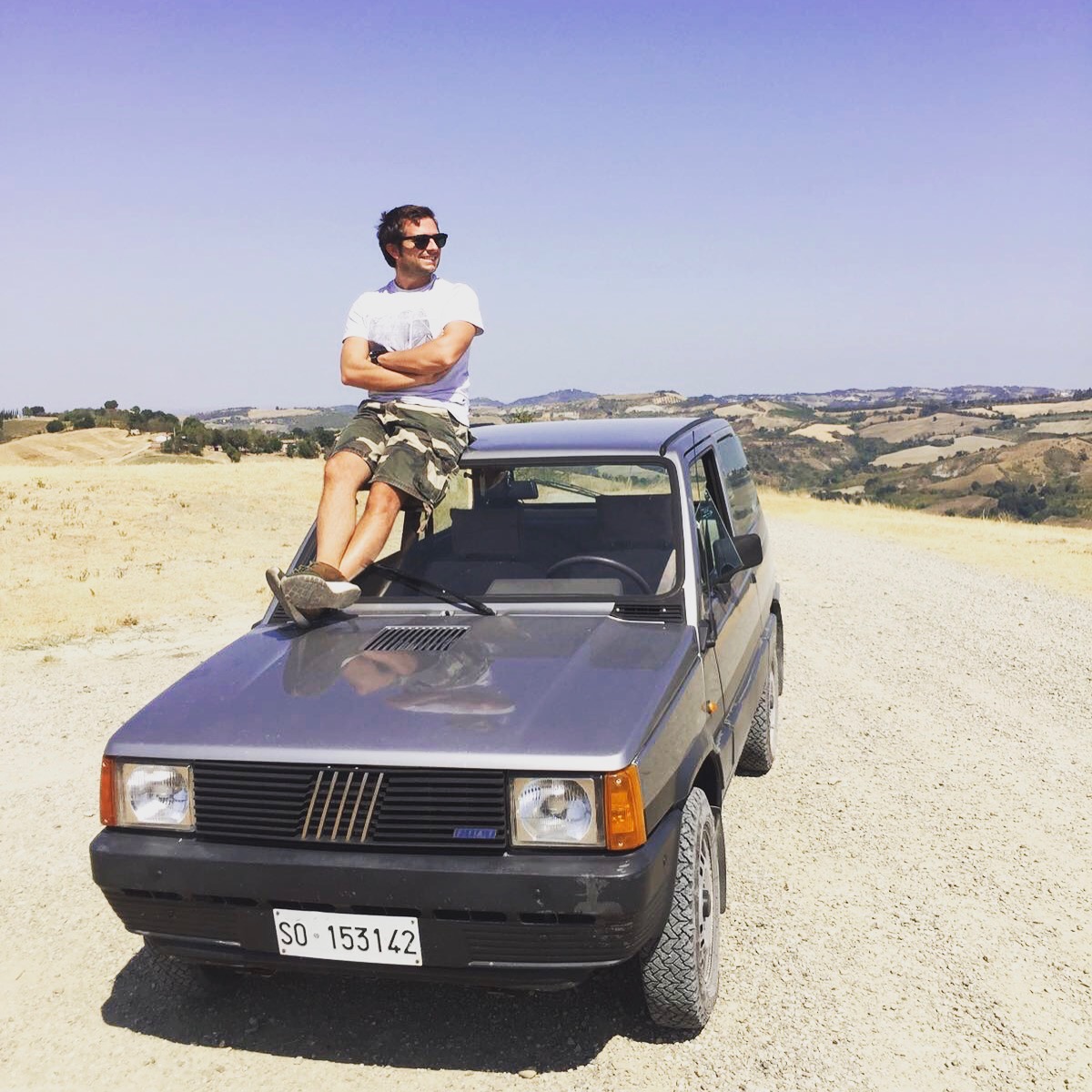 Pandas are still so common on our roads that they are part of the Italian landscape: even though, after just 40 years we understand how revolutionary this model has been. An iconic car, timeless, that changed the vision of the automotive world, from the producer to the customer’s view. And Panda is for sure one fundamental brick in the evolution of modern cars. 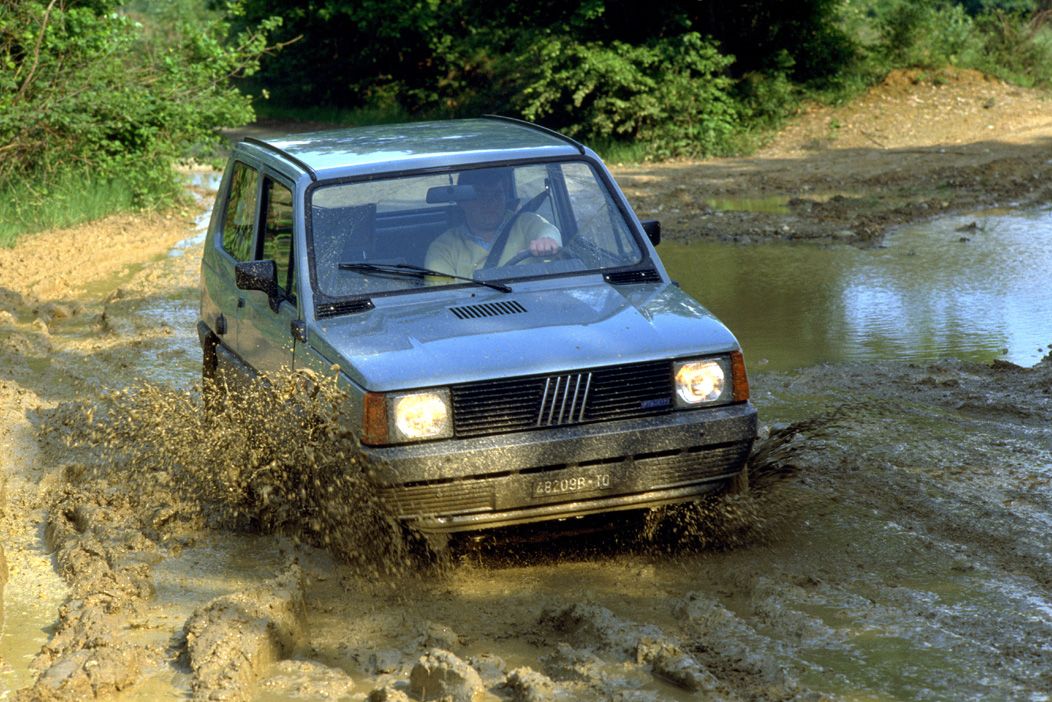 Opening photo by Enrico Rondinelli, and official photos by Fiat, and video by Centro Storico Fiat via YouTube

He is indisputably one of the most influential car designers of the 20th century, together with Giorgetto Giugiaro, Franco Scaglione, Giovanni Michelotti, Pininfarina, Zagato and Bertone; on 26 August he will turn 81. We are talking about Marcello Gandini, who created a new style for BMW in 1970. During his 15 years as the Design […]