Style is the sum of details ― this is the philosophy that moved the founders of Gallo, a well-known sock brand. The company specialized in elegant socks, introducing them to the market in the early 1900s in Desenzano sul Garda (Brescia), where the establishment remains still today. The brand is closely identified with Titti Maschietto and Giuseppe Colombo, two friends, creatives, and enthusiasts with whom the sock is synonymous with distinction, personality, and eccentric elegance.

CEO and creative director since the late ‘90s, Giuseppe Colombo dove into the production of the accessory. He turned socks, which were first exclusively male, into a lifestyle; a coveted luxury item.

After Giuseppe Colombo attracted the fashion world’s attention to socks, they slowly became commodities. Proud of their success, but always geared towards the future, Colombo explained:

“Gallo’s story proves that we have always considered socks for men, women, and children products that can be improved.”

To be able to express a lifestyle; a place, a taste, an image, it’s not a simple thing. This becomes even more difficult when the object is something so simple, that its legacy needs to be built up ― before Gallo, a sock was simply considered a sock. 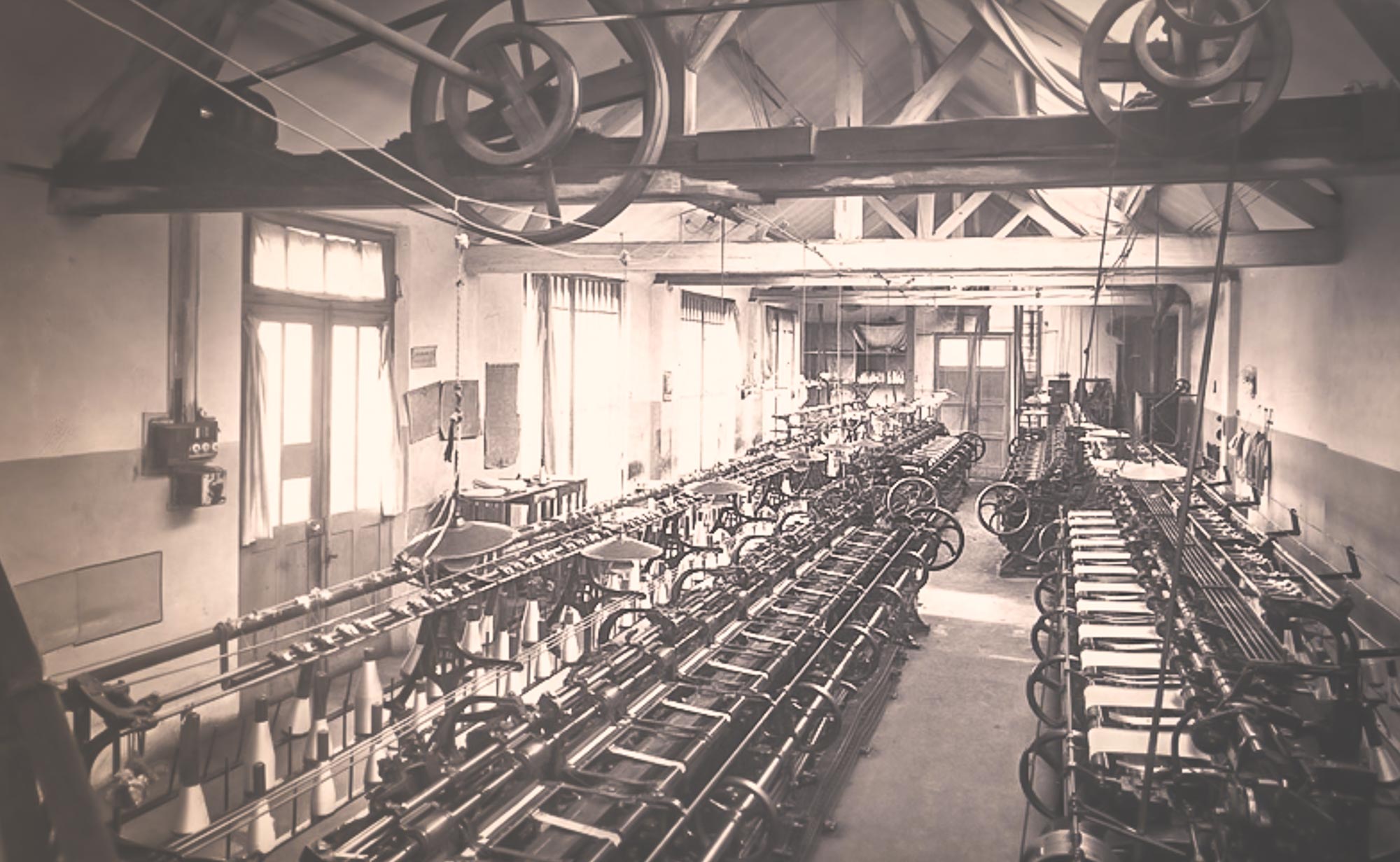 Monochromatic or multicolored, eclectic or refined ― socks can be used to express your personality at every opportunity. The finest cotton ― Egyptian ― is inflected in a myriad of colors and styles, creating a charming and original product, which has become much more than a simple sock.

A product to remember, to experiment, to live in. A product that has become an object of desire for collectors, lovers of extravagance ― appreciators of the multifaceted and versatile Gallo style. Through stripes, colors, and patterns, Giuseppe Colombo loves to reproduce the birds, palm trees, fans, flowers, and landscapes that live in his mind.

For example, the blue and red stripes on a white background designed for Gallo’s swimming suits (a limited edition released for summer 2017 Collection) represented an iconic symbol: the Augustus, a historic hotel ― for many people the only hotel in Forte dei Marmi ― with the same patterns in its decor. Besides this exclusive line, every year Gallo surprises its customers with a wide range of swimming suits with stripes and prints dedicated both to men and to the little ones.

Let’s try, now, to take a journey through the history of the brand. During the first phase of the brand, the design was that of “open” socks. Because the looms were still rectilinear and could not weave in an elastic band, the sock slipped down to the calf without a garter. During this period, there was simple marketing of the brand. For example, the slogan was:

The true root of the brand, however, was Giuseppe Colombos’s father Ambrogio. He was a chemistry graduate from the class of 1923 and the son of a businessman who specialized in the chemical and food sectors.

One day his friend Gallo showed up at his door proposing a sock manufacturing plant in his unused property nearby Desenzano. Just one catch: he had no idea who to appoint as the director of the endeavor. 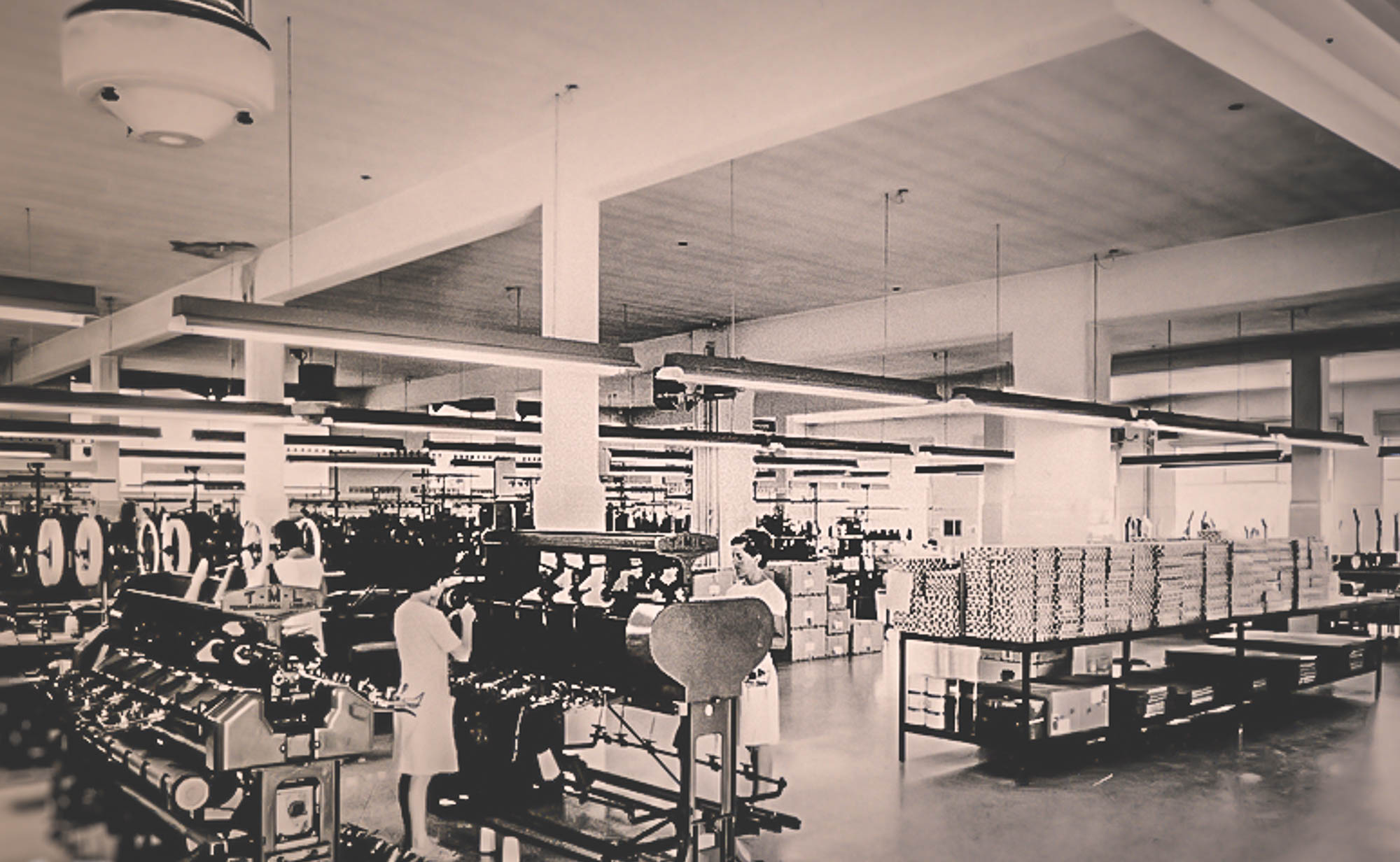 Although his world was so far from textiles, Antonio Colombo felt the strong potential of Gallo’s label and accepted the offer. Little by little, Mr. Colombo committed himself, developing a passion for the job and starting to feel that the company was more and more his own, switching from being a simple observer to the main owner. This was in the late ‘40s, his son remembers:

“My father bought Gallo because he grasped the brand’s potential. He didn’t buy simply looms or the factory. He bought into the brand.”

In 1959, in order to promote the brand, a new kids line was launched, unveiling socks with an internal elastic band to hold them up, but still with an open design. Unfortunately, the idea turned out to be a bust. The reason? People saw them as “socks with holes”.

However, his fearless spirit, instinct for business, and expertise acquired over years helped him to continue onward until Grenahl, a shop in Bologna, bought stock and gave him credit. In a matter of six months, the market blew up and Antonio Colombo finally saw his company take flight.

From there, Gallo achieved two great successes. First, it created the smallest socks in the world, for infants, created thanks to a very tiny cylinder weave. This was important as originally, there were not socks available to infants before 6 months old. Secondly, they developed classic socks for men using precious fabrics and Bentley looms (as in the English luxury automotive brand).

Plus attention to detail, handmade value, an innovative energy, and diversified offerings dedicated to men, women, and children, furthered the brand’s popularity. For instance, Tailoring and Collection are two of the most elegant lines in the men’s collection. Even though they were “classy”, each collection included a few casual pieces ― crazy multicolored and patterned socks. The Gallo Revolution was just getting started.

“It’s because of word-of-mouth, rather than classic advertising, that messages like ‘the real lord wears these socks’ started to spread. Only in the 1970s did advertisements begin to pop up in magazines like Panorama and Playboy.”

However, during the crisis of the ‘90s, Ambrogio passed the torch on to his son Giuseppe, who decided, respectfully, to keep the styles, proportions, and colors of the socks true to the originals.

The next step in the brand was to revive the tailoring style, upgrade traditional techniques as the Vanisè and the Windsor (classic stripes, but horizontal), and create altogether new styles. 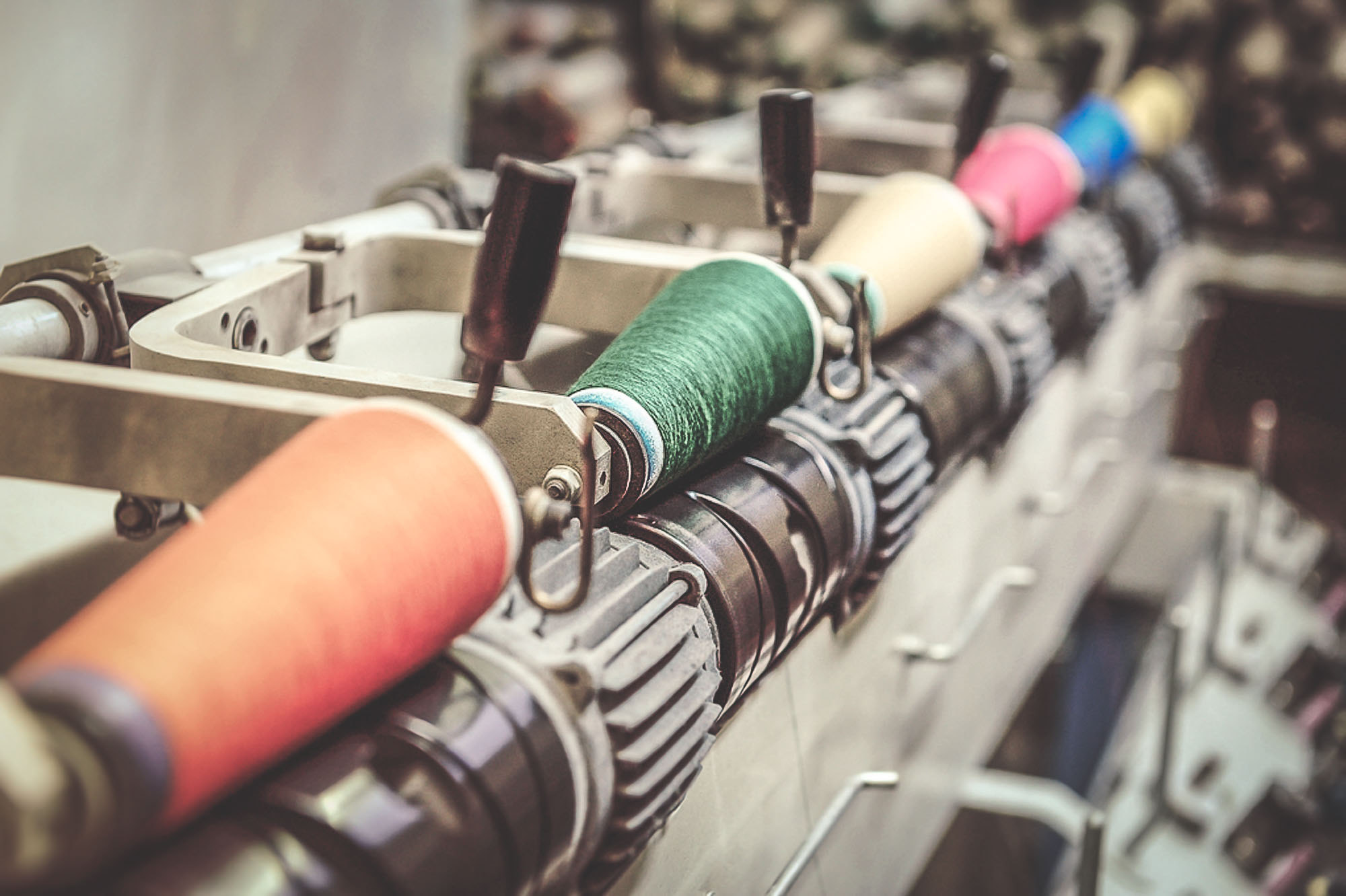 The Bresciana company’s success continued throughout the years. In 2003, for example, the brand acquired French company, Dorè Dorè, the oldest socks manufacturer in the world.

It’s for all these reasons and this important history that the brand has created a real “club” whose members, with a knowing look, can point at the calf and ask,

This club has maintained basic rules, but also expanded its offerings to include underwear, beachwear, knitwear, clothing, and accessories.

It’s a brand always popular ― as shown by the international business that Gallo boasts today. Everything started from a simple accessory, one that is maybe less noticeable than others, but which actually makes all the difference in our everyday outfits. 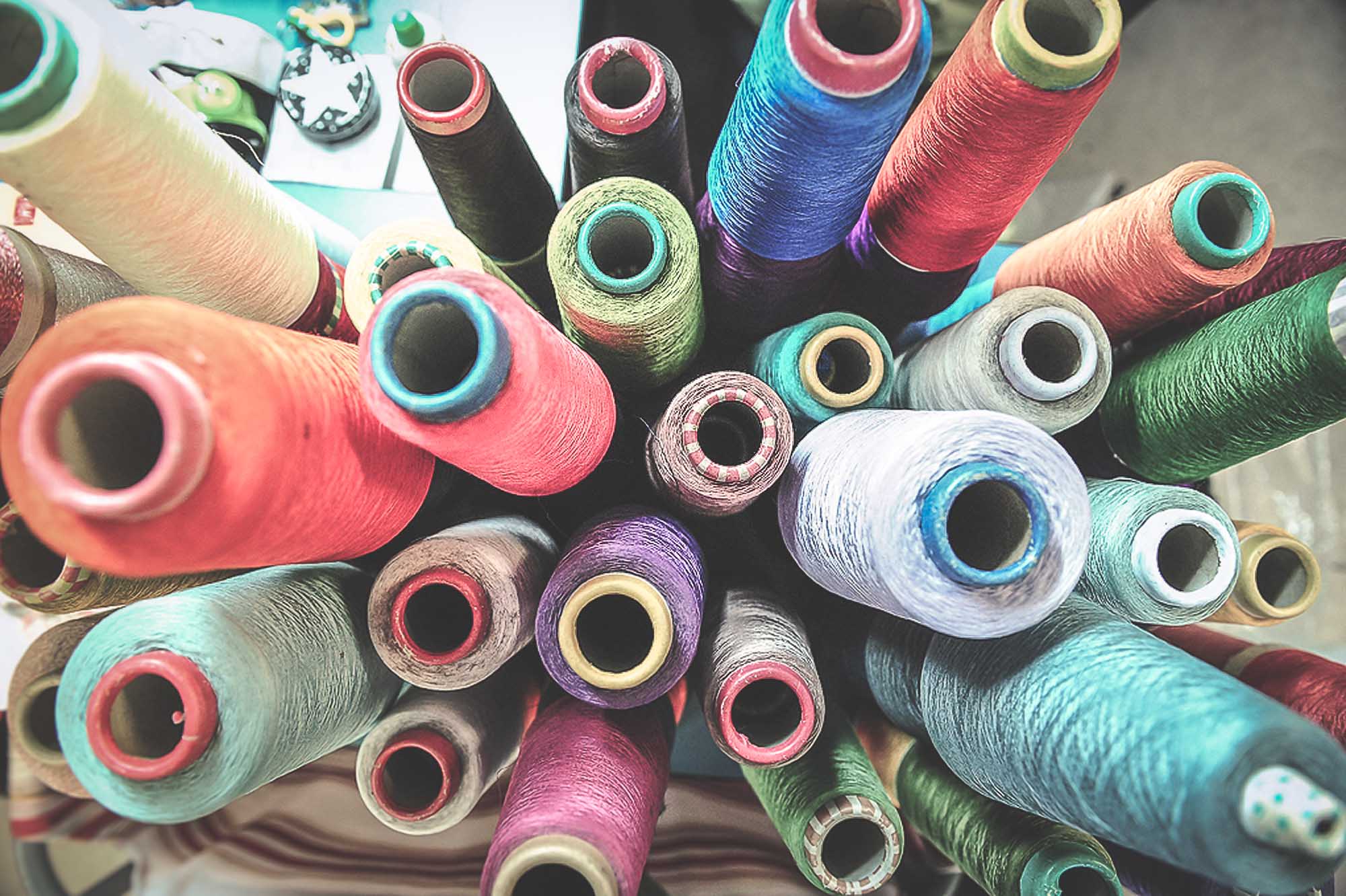 The Italian TV Series ‘1992’ tells the story of the year of the same name. The period was a watershed in Italian history; worthwhile enough to be reinterpreted in the 2015 Sky TV series, based on an idea by Stefano Accorsi. Set in “Milano da bere” (Milan’s infamous drinking and nightlife scene), plagued by “Tangentopoli” […]