The style of a left-wing director

After lawyers and sports journalists, we move to the big screen. Probably, if you’re a film director, you have art in your blood. The style is not always in the DNA, but that can always be improved. We would, therefore, like to avoid anyone yelling “cut” at your outfit on set.

In addition to directing actors, shooting and framing, the director can also be a source of inspiration for fashion. The style of the director, both in theater and for movies, has changed profoundly in the last fifty years. Definitely for the better.

The relationship between the director and fashion is not completely unexplored: the great Federico Fellini, for example, often anticipated trends and customs. It is no coincidence that the protagonists of the fashion system, with their worlds and their ideas, have highlighted deep affinities with his imagination or, by contrast, have distanced themselves from it.

“I’m just a storyteller, and cinema seems to be my means. It is not just an art form, it is actually a new form of life, with its rhythms, cadences, perspectives, and transparencies. It’s my way of telling a story,” says Federico Fellini.

The style of Nanni Moretti is also very cool, absolutely unique. Brunico’s screenwriter, in fact, on the set or otherwise, loves to give a touch of vintage style to his outfit. 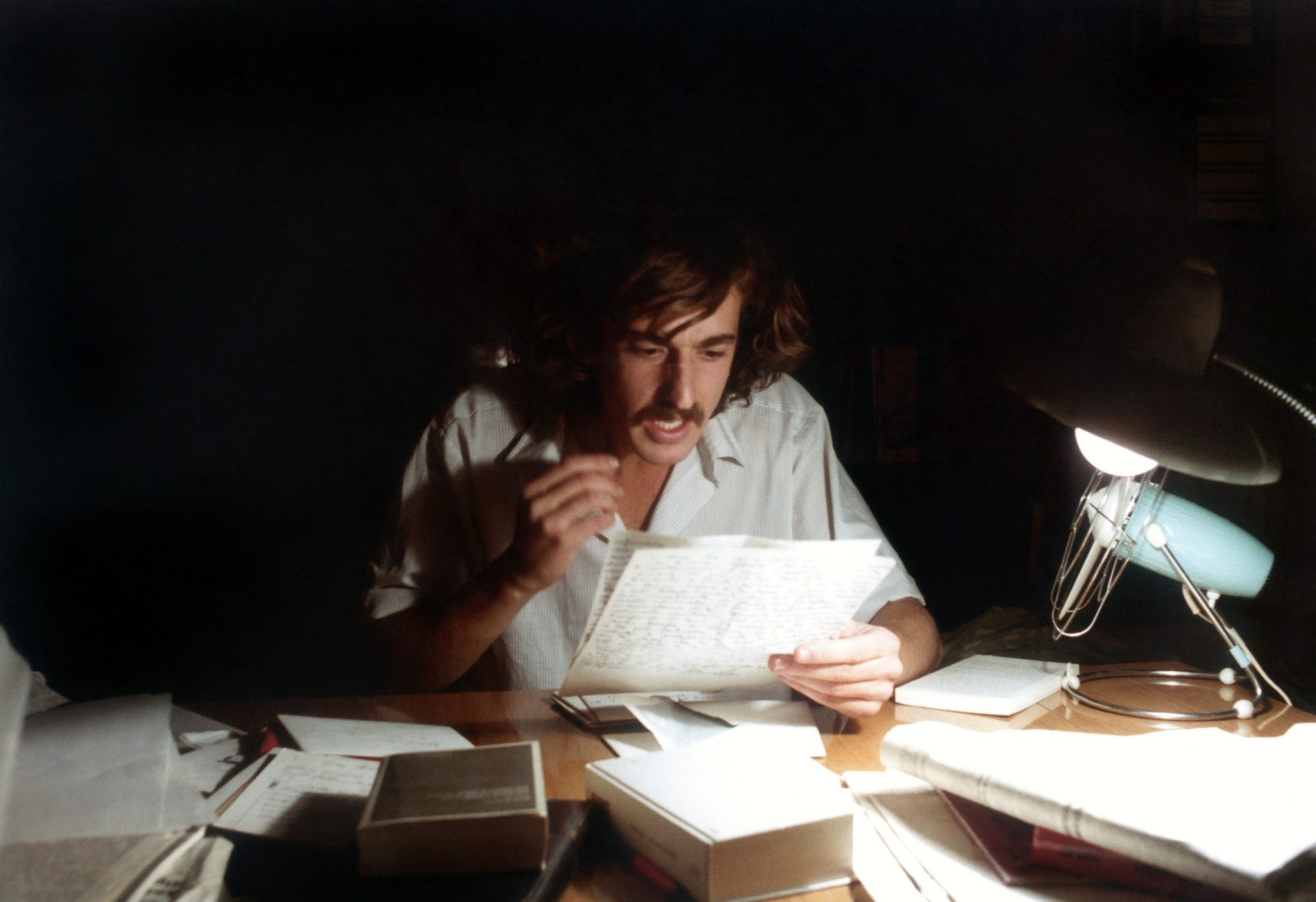 A 1980s teacher who directs the shots and calls out the actors in case of errors or inaccuracies. Plain shaved wool and polo, or a herringbone jacket and denim shirt. The style of Nanni Moretti is well suited to his days on the set: informal and casual, with a dandy spirit.

“During the cold season, Moretti loves to show off velvet jackets and checked shirts, taking us on a trip back in time. As for the colors, the director does not disdain from showing some vibrancy: red, above all, but also for orange and salmon pink.”

And fashion is, of course, an expressive means of great power. Moretti leaves a mark, a scratch, that manifests and highlights in the form of a precise and clearly identifiable style. 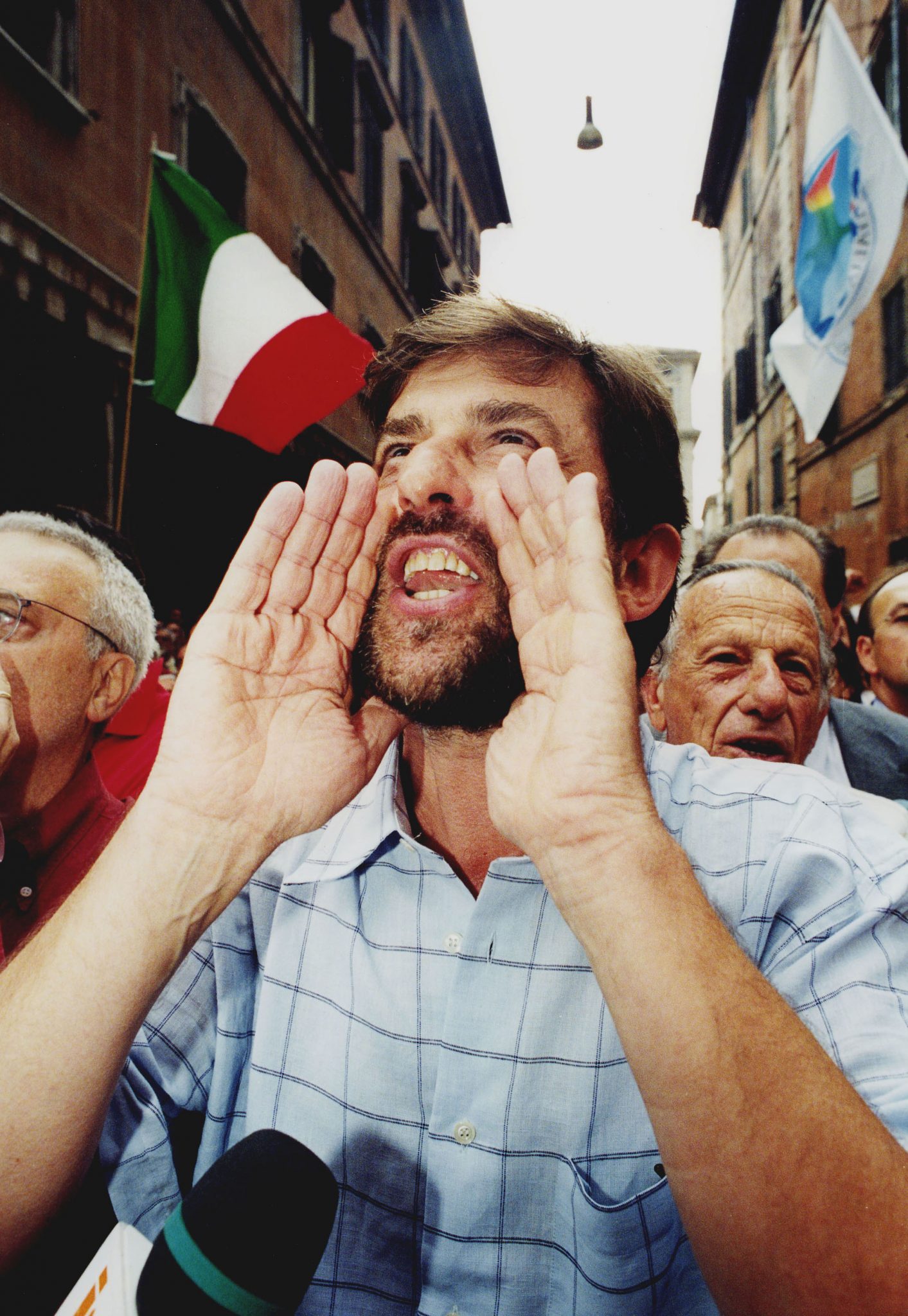 What is, then, the best possible outfit of the Italian director? If you shoot during the fall season, you might opt for a turtleneck sweater paired with a velvet or wool blazer. The checked pattern, both for the jacket and the pants, is very popular.

The checked pattern is absolutely recognizable and decidedly refined as if it is born right inside the fabric. It sets out a relaxed mood, perfect for spending your days on set. Also of interest might be a vest, with buttons and zipper, typical for a director.

The choice of trousers is less strict: our advice is to go for chinos; a striking example of one of the many ways through which military leaders have influenced the world of men’s clothing.

In the political film ‘April’ (1998) Moretti shows off his complete style: short-sleeved sweaters and checkered shirts, vibrantly red polo shirts, and to complete the look, worn in the saddle of a very Italian Vespa, are beige trousers.

Nanni Moretti’s style is deliberately retro: his ethical-political tension, the intransigence in tracing the vices, inevitably affect all his outfits.

Often oneiric and surreal, his films place the crisis of human identity and a sense of inadequacy at the center of the scene. A crisis that is not only that of the director/ actor himself but is a mirror of society.

We rarely see Brunico’s director wearing a tie: he does so only when strictly necessary. However, the tie is occasionally worn with a button-down shirt. Though many people continue to refuse to wear a shirt with buttons alongside a tie, Moretti, as a convinced nonconformist, loves to show off with ease.

“Lightness, irresponsibility, unconsciousness in a positive sense. A film that one sees in the structured hall, mounted, but then sometimes, in the end, it’s the result of some randomness,” said the director.

And this lightness, inevitably, is also in his look. Ultimately, on the set you are free to interpret your style as you wish, remembering that a touch of glamor never hurts.

Reporter: "It's so kitsch."⠀ Michele: "Where have you taken this word from??"⠀ Reporter: "The place I come from is very cheap."⠀ Michele: "How are you talking?? Words are important!!" Indeed, words are very important to us. ⠀ #nannimoretti #inspiration #amillionsteps #leparolesonoimportanti

Fashion makes cinema. Indeed, fashion, having learned the rules of the game, makes cinema even better than the cinema. A perfect fusion of languages, confirming how today the “seventh art” wants to dictate more and more rules of style.

Two years after the Sky TV series 1992 first premiered ― a series loosely-based on reality, set during Italy at the time of Tangentopoli, and based on an idea by Stefano Accorsi ― the series continued with its sequel, ‘1993’, set in The Year of Terror after the Revolution (and before the Restoration, which we […]