The Pirelli skyscraper and the ultra-light chair. Cathedrals and the “diamond” car. The urban districts and the scenographies for La Scala. The “exact” houses and the peculiar ceramics.

In a career over fifty years long, Gio Ponti has been an architect, a designer, a teacher, a sculptor, a set designer. In other words, a complete artist. He lived all the significant moments of the Twentieth century – war, reconstruction, the economic boom – becoming one of the most accomplished intellectuals, and anticipating many contemporary issues in his work: simplicity, functionality, respect for the environment.

A new exhibition at MAXXI in Rome now – until 13 April 2020 – celebrates the architect who best exported Italian creativity to the world: “Gio Ponti. Loving architecture”. I’ve visited to tell you all about it: not too much, because on the screen you would miss the best.

His voice walks the visitor through the exhibition, thanks to old interviews and black and white footage. He explains in his own words that his tireless endeavor was based on the idea of “lightweight”. The architecture of the future, in his view, had to be light:

«We go from heavy to light, from dark to transparent. There will be a light and transparent style, simple, expression of simplified social habits.»

According to Gio Ponti, the history of humanity proceeds from stone to plastic and glass, constantly growing lighter. He put this idea in his work with light facades with many windows, or “folding” walls that almost disappear. And here they are, dividing the rooms, corridors and halls of the exhibition. At the very beginning, we find many sentences that give us an idea of his spirit: favorite color? All of them. Your life? «Haunted by good luck».

Born in Milan in 1891, he opened his first studio with a colleague, architect Emilio Lancia: they created a new idea of home, the “exact” house, suited for modern life and very “Italian” in its style. It could be applied to standardized lodgings for prefabricated buildings in years of urban expansion. Popular, in Gio Ponti’s opinion, wasn’t necessarily “tawdry” and “basic” and didn’t mean “gaunt”. It was quite the opposite. 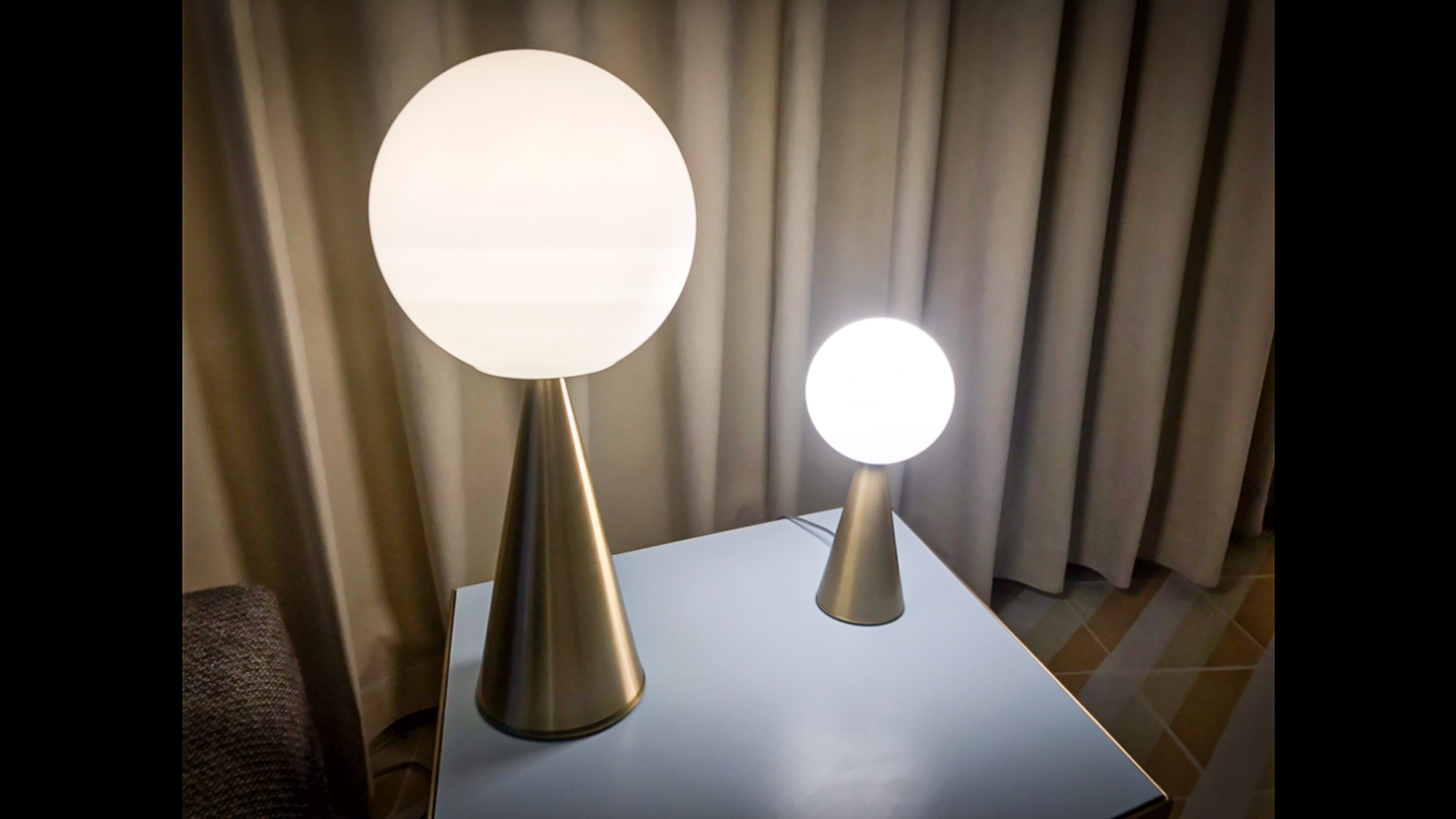 According to him, an Italian home was “without complications, on the inside and on the outside”, but its design did not only stem from everyday material necessities: without artistic inspiration, the bare technique is just a mistake, he used to say. The 1930’s were a period that offered Ponti great public projects; then came the war, and the country was buried under rubble. Ponti was one of the protagonists of the reconstruction, as he liked to recall:

«Half of Italy was made by God, the other half by architects.»

Meanwhile, wrote, taught, invented; his fame spread past the Italian borders. The scale models are particularly striking: in front of the large MAXXI windows, the viewer has the impression of admiring a miniature skyline. 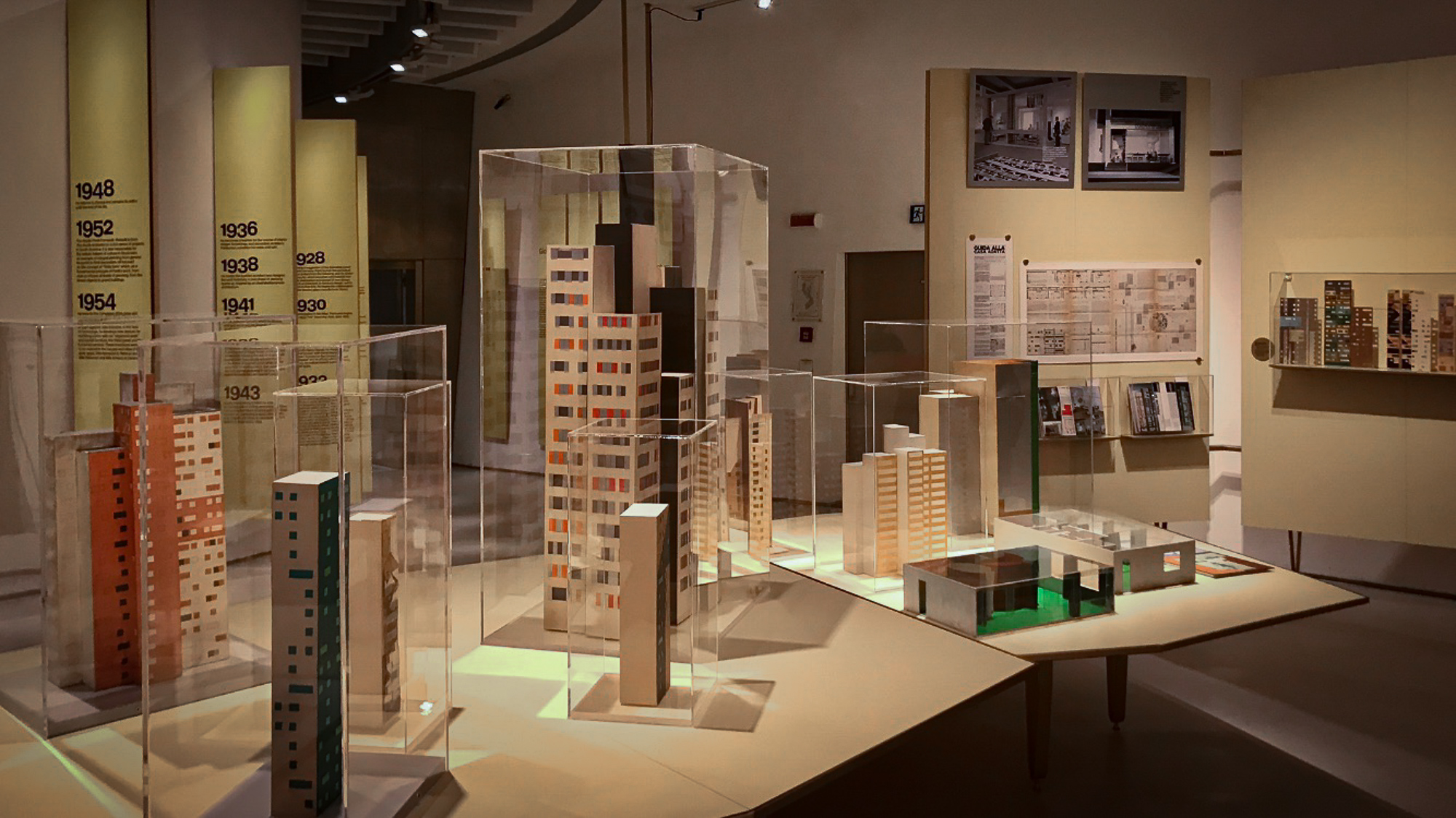 From the 1950s on he received prestigious international commissions which led him to work in Caracas, Tehran, Islamabad, and Hong Kong. In São Paulo he designed the Institute of Nuclear Physics, in Stockholm the Italian Cultural Institute. All around the world, he left a touch of Italian style:

Ponti’s search for lightness was an aspiration for verticality when applied to buildings. In 1961 he permanently changed Milan’s skyline with the Pirelli building. Some people said that the Pirellone looked like a transatlantic, and he replied that people could call new things just with old names, because «no one does new things nowadays».

He was a real environmentalist ahead of his time, since he imagined urban districts built around green areas. Giò Ponti was an elegant gentleman from the past, born and raised in Milan, often seen in a jacket and bow tie. He called himself a “hilarious and active” man, always intent on working, writing, drawing. Even at the age of eighty he continued to design and to experiment, creating churches and cathedrals flooded with light, with dematerialized facades and colorful floors.

In the MAXXI exhibition, there are his drawings, his projects with the original sidenotes, typed letters (which he then colored by hand), but also pieces of furniture: the temptation to sit on his famous reclining chair is irresistible. Alongside the large urban projects, there are the designs of common objects, rethought with lines so modern as to be contemporary even today: ultra-light chairs, dovetail cutlery, desk lamps, coffee machines and the flat “diamond” car, which was not rounded and thus anticipated the car industry by at least twenty years. 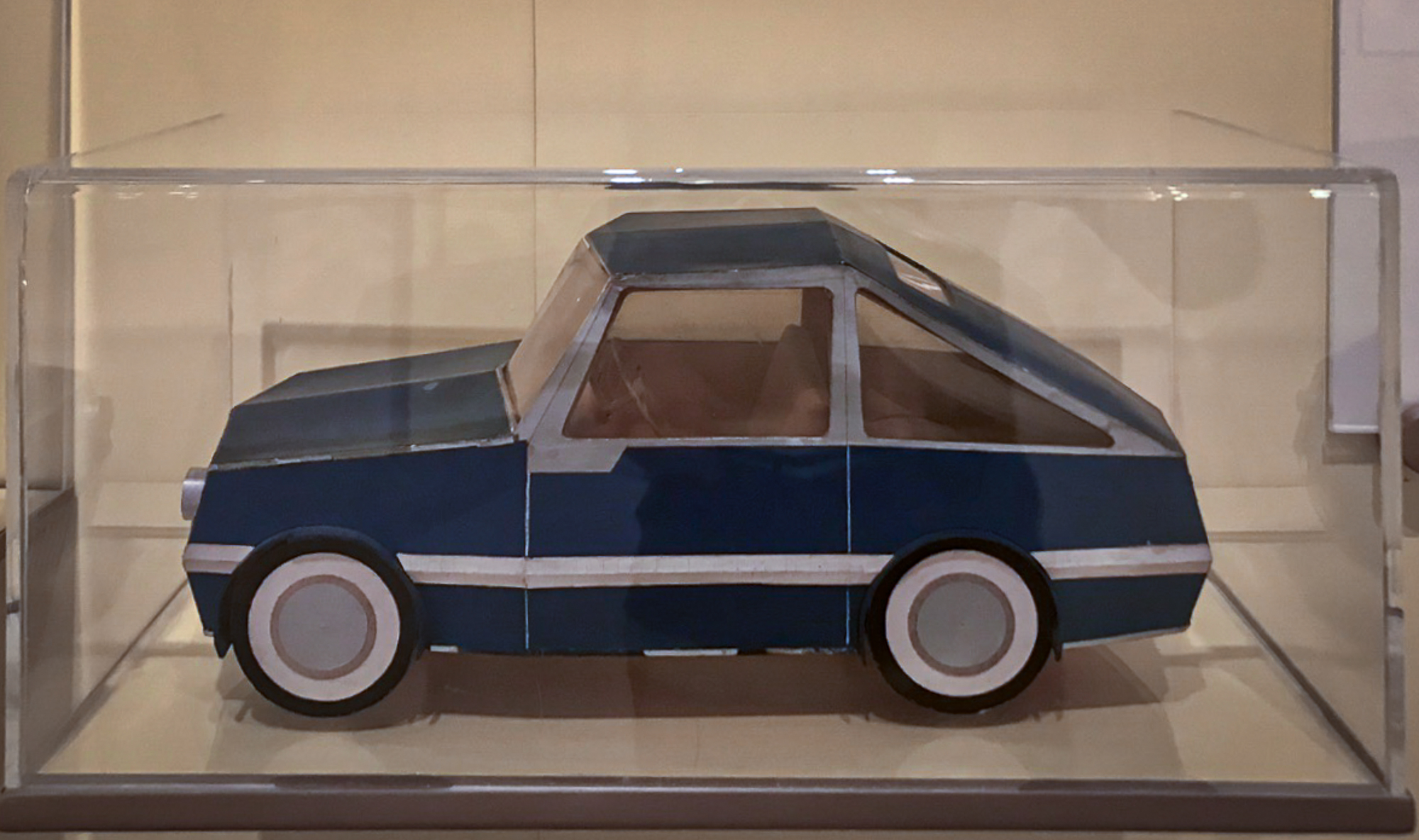 Gio Ponti died forty years ago, in the home he had designed for himself, once he had reshaped Italian design forever.


For pictures, thanks to Beatrice Manca who visited the exhibition for us and to Rene Burri for Gio Ponti’s portrait.

It is not uncommon to take certain aspects of our lives for granted: a stain on your bathroom wall; the road to the closest tube station; the city you live in or where you grew up. The moment we find ourselves in a new town, we lose ourselves to its modern shades, its social life, […]