Everyone remembers the Milan of the 1980s; even across the Ocean where the American culture strongly influences the Milanese. The TV Mediaset channels, quilted jackets by Moncler, and Timberland shoes are slowly infiltrating Milan.

The “rich kids” of Milan start gathering in the city center in Piazza San Babila to eat junk food and drink Coke with a straw. Milan is slowly becoming Americanized: the era of Paninari fashion movement has an opening. 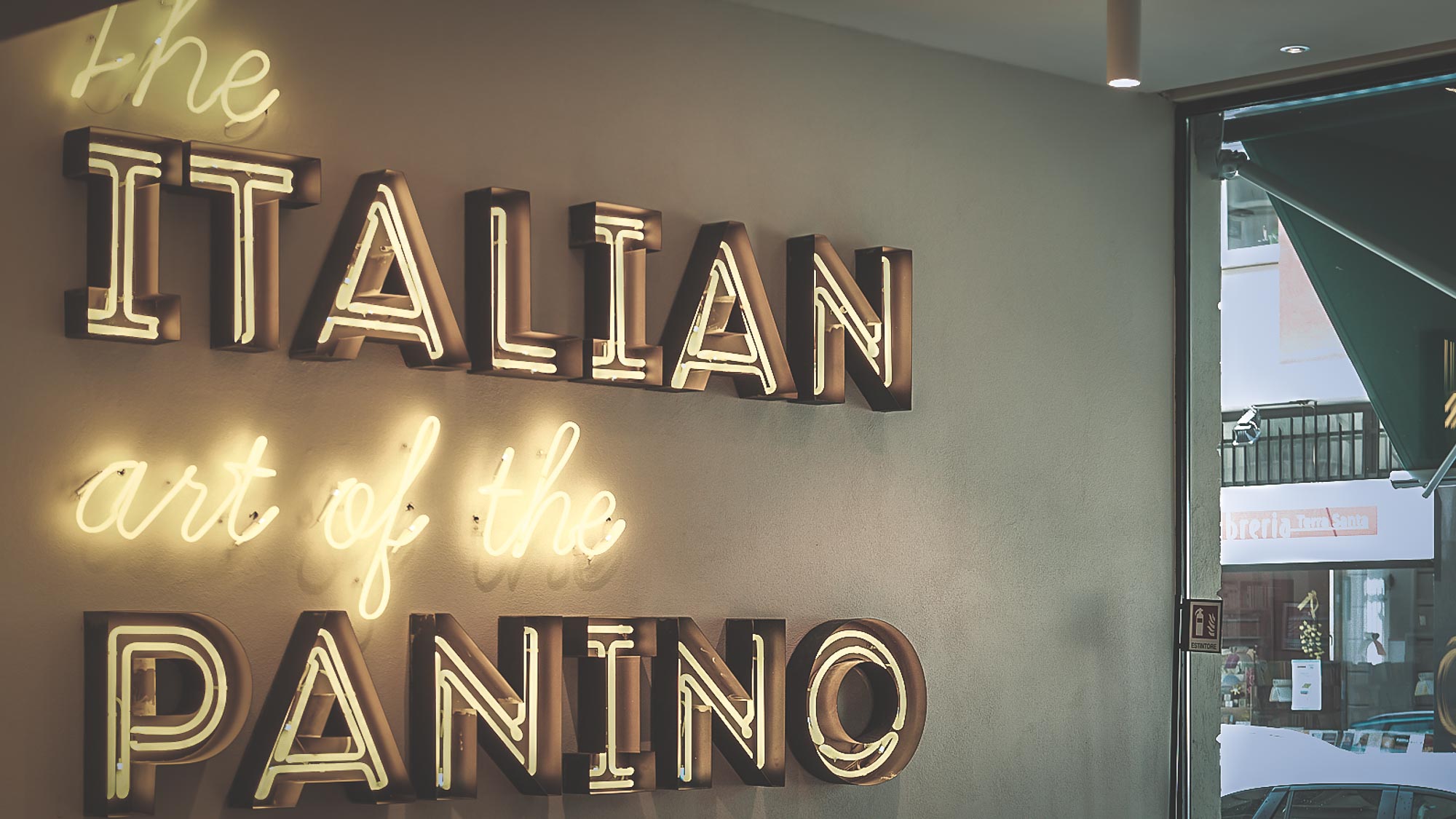 In this scenario, there’s people making sandwiches in a different way, respecting tradition and Italian ingredients and taking a step away from fast food. In February 1979, the first Panino Giusto opened in Corso Garibaldi in Milan (in the heart of Brera district) and the art of creating good panini began.

“Inside the Milano high life, you eat here at your lunch break instead of local restaurants or bars around the corner.”

Panino Giusto becomes the landmark of Milanese who look for quality first. From there, the restaurant expanded, opening new branches in the most popular areas in Milano. In 2010, the brand changed directors and became more internationally-minded; among the new spots selected was Cupertino, in the heart of Silicon Valley, California, in 2016. 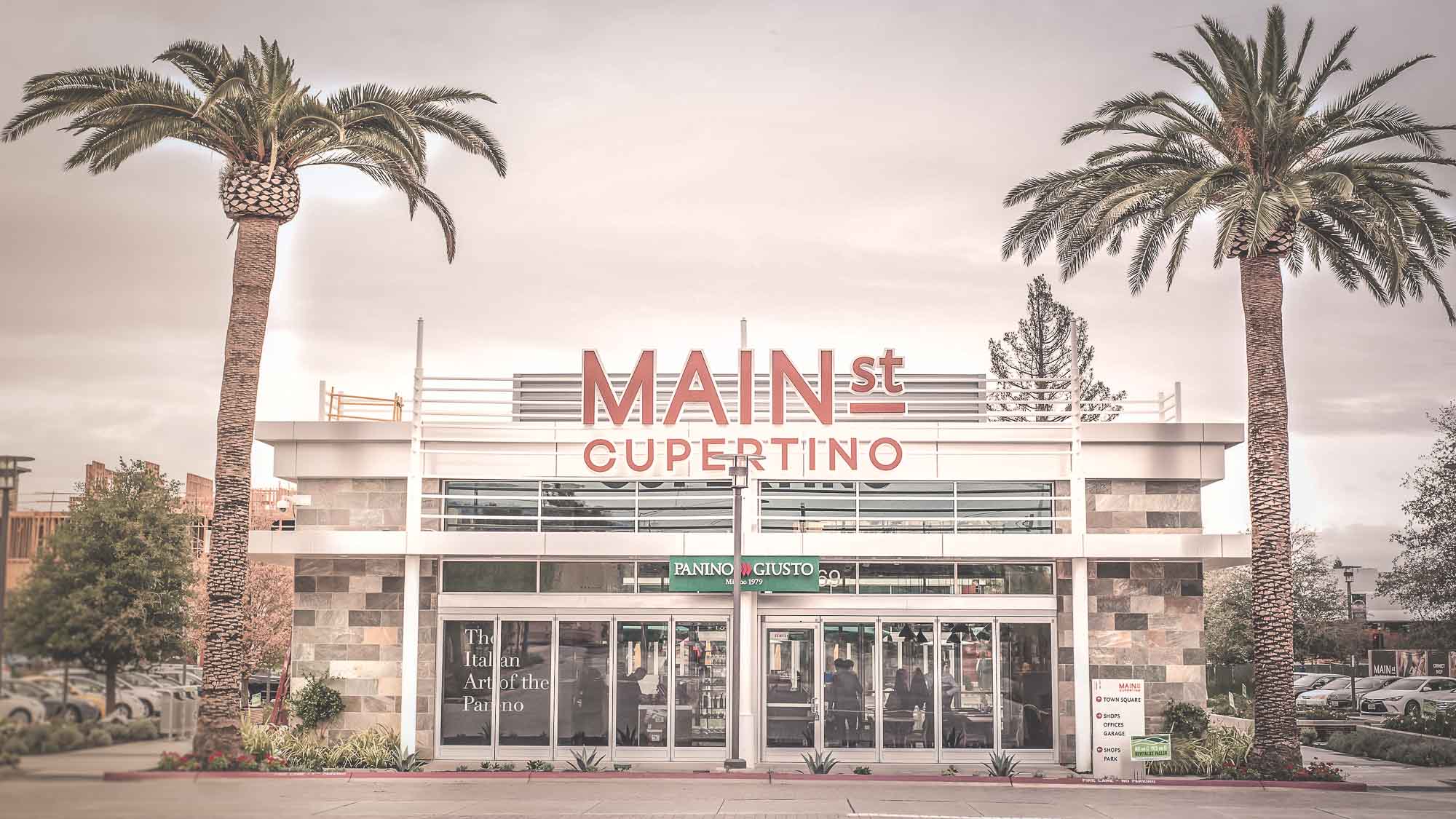 Since day one, the bread has been baked fresh every morning. And, after forty years of business, they changed from Francesina to Ciabattina bread ― but still always handcrafted and in made in Milan. What about the inside? We now take you through the history of Panino Giusto, using the 5 most important panini.

Since the day they opened, it’s been on every menu. In the 1980s, the brand was mainly well-known in Milan for this panini stuffed with: Prague ham, mozzarella, tomato, anchovy, and mild mustard sauce. We definitely started off on the right foot. 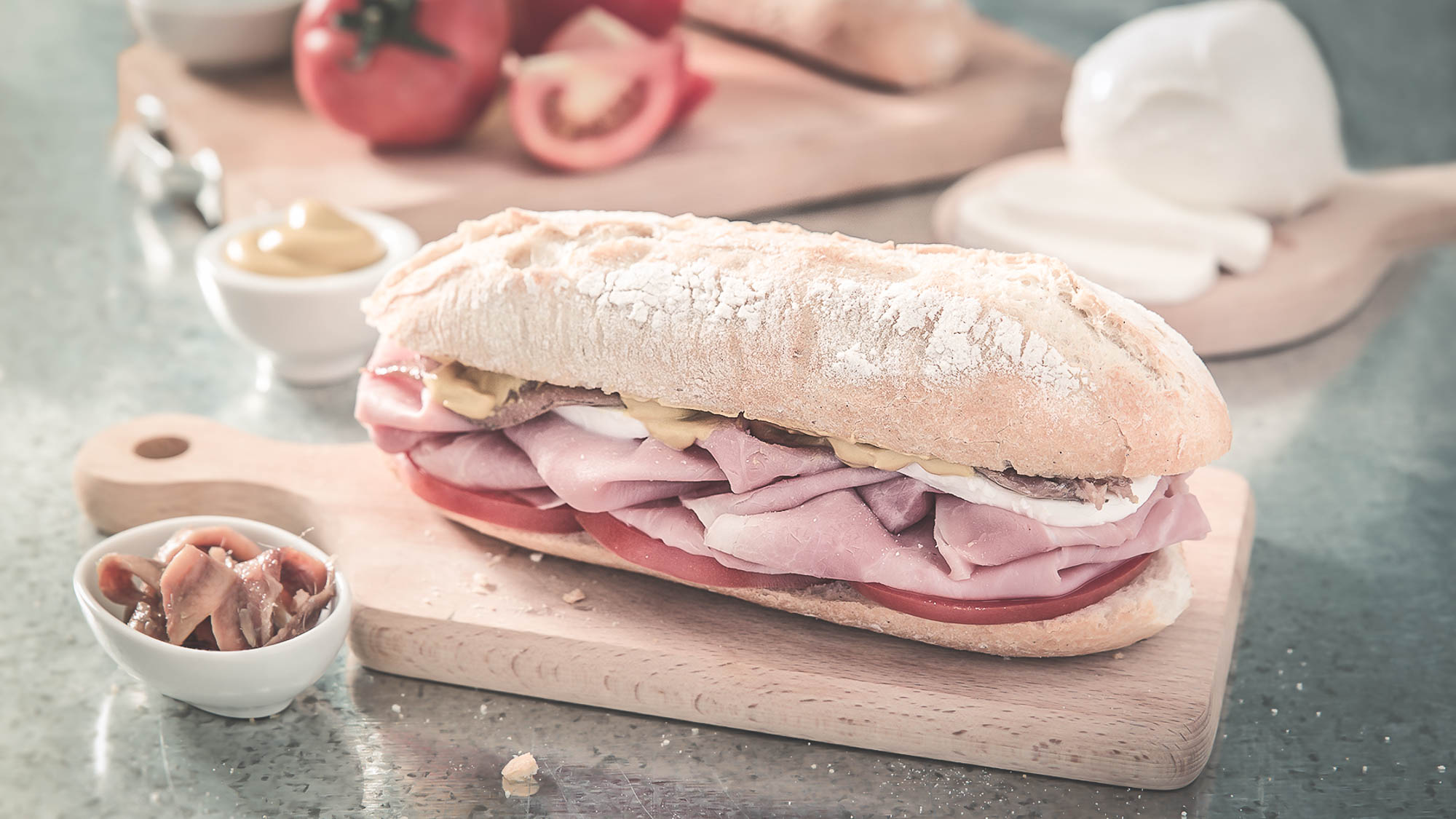 Let’s stick with the Prague ham and add an herb that everyone loved in the 1980’s: arugula. The ingredients are mainstays: Prague ham, mozzarella, tomato, arugula, and extra virgin olive oil. 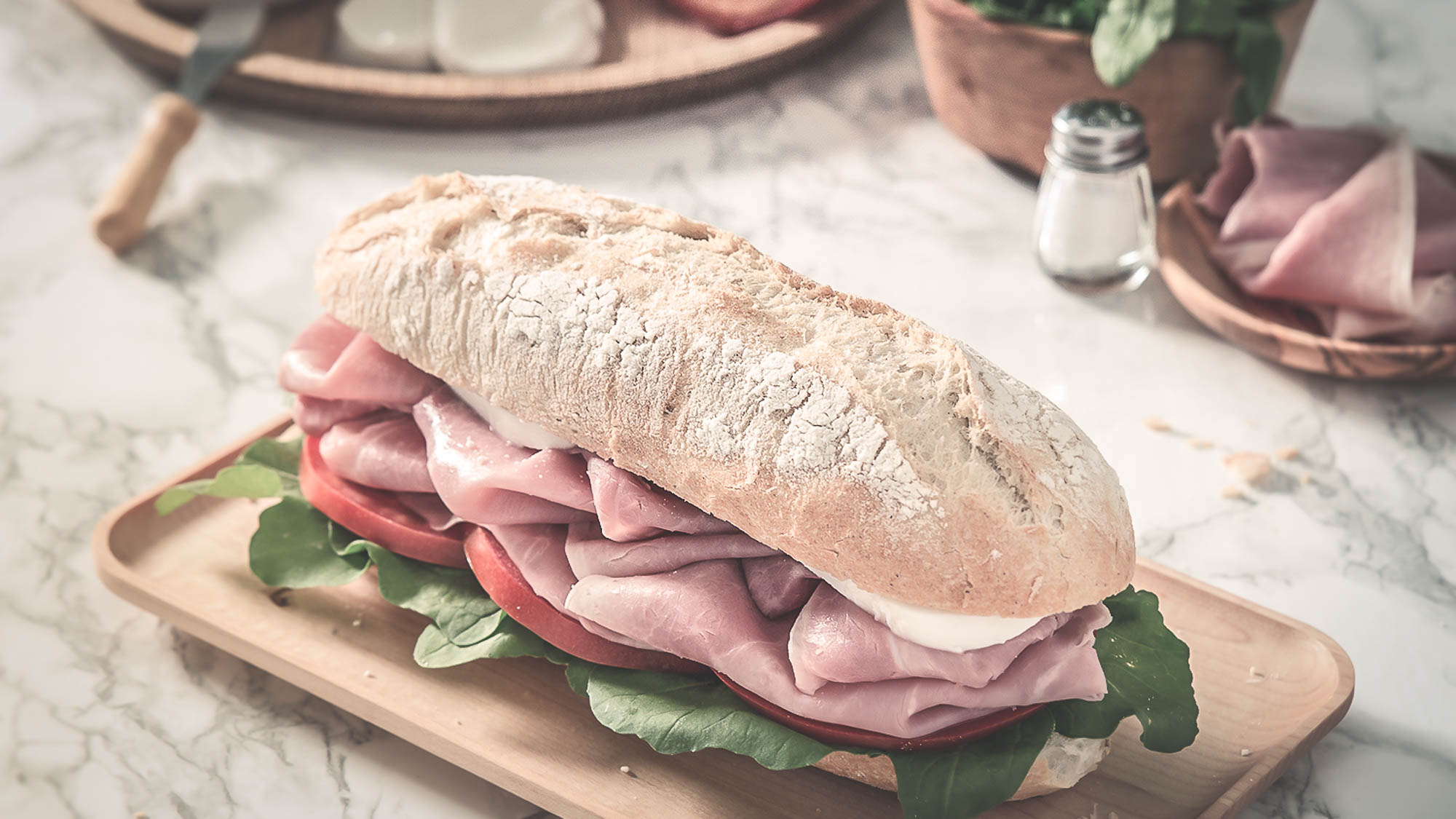 Again, let’s stick with ham, but change up the taste a bit. Parma ham is aged for 26 months in Langhirano (Parma province). And as you can imagine from its name (“tartufo” means “truffle” in Italian) there’s one special ingredient alongside the usual Parma ham, fresh buffalo cheese, tomato, arugula, and Alba truffle olive oil. 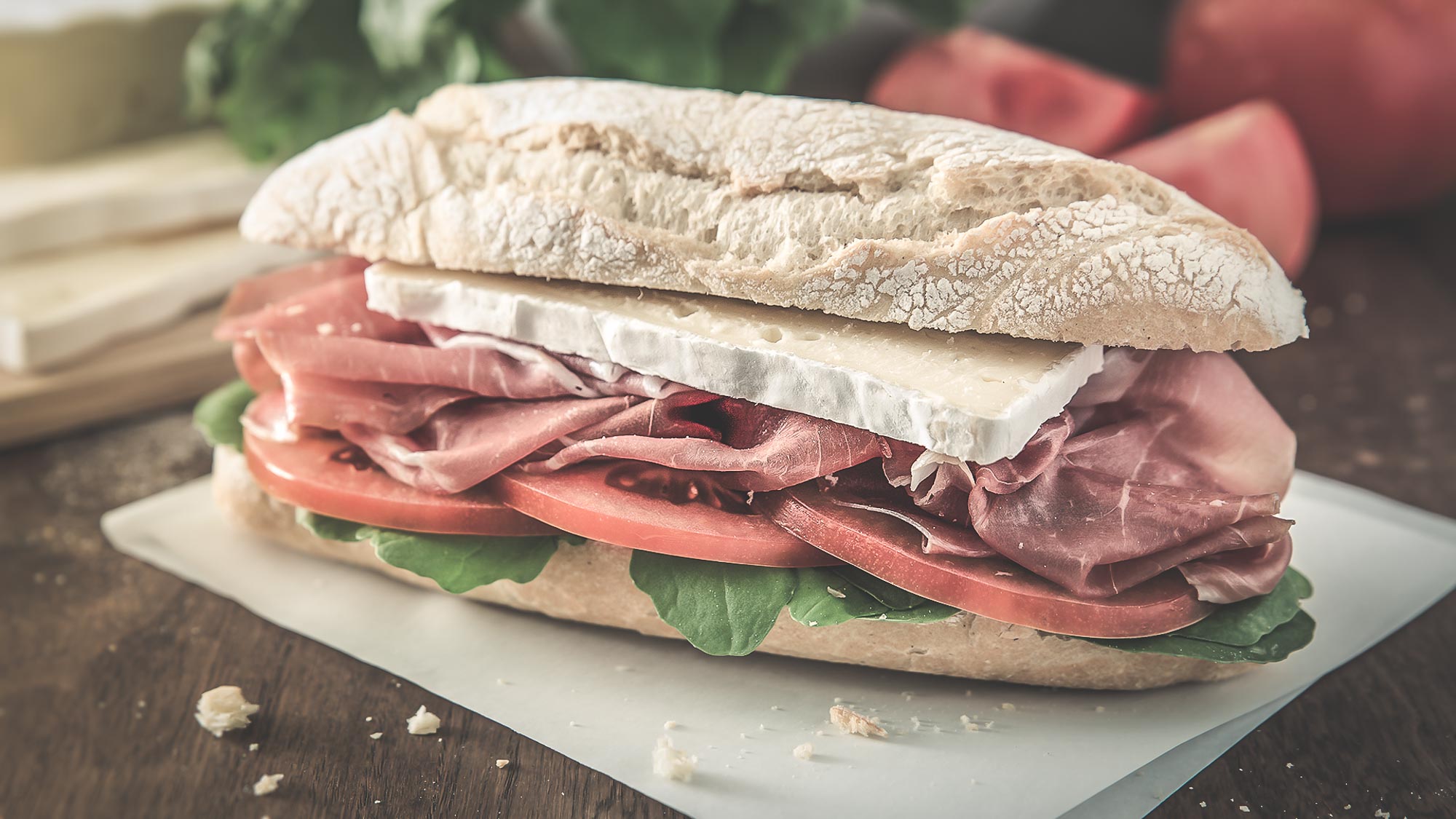 After three years of “the old way,” the new chef Claudio Sadler enters the kitchen and rethinks the panini. This panini’s name comes from the Futurist movement: they used to refer to a sandwich as everything that“can stay between two slices of bread (“tra i due” in Italian). It’s round and made with baked sourdough bread, bresaola, stracciata di burrata, taggiasca olive paté, fresh cheese, and pumpkin flowers. 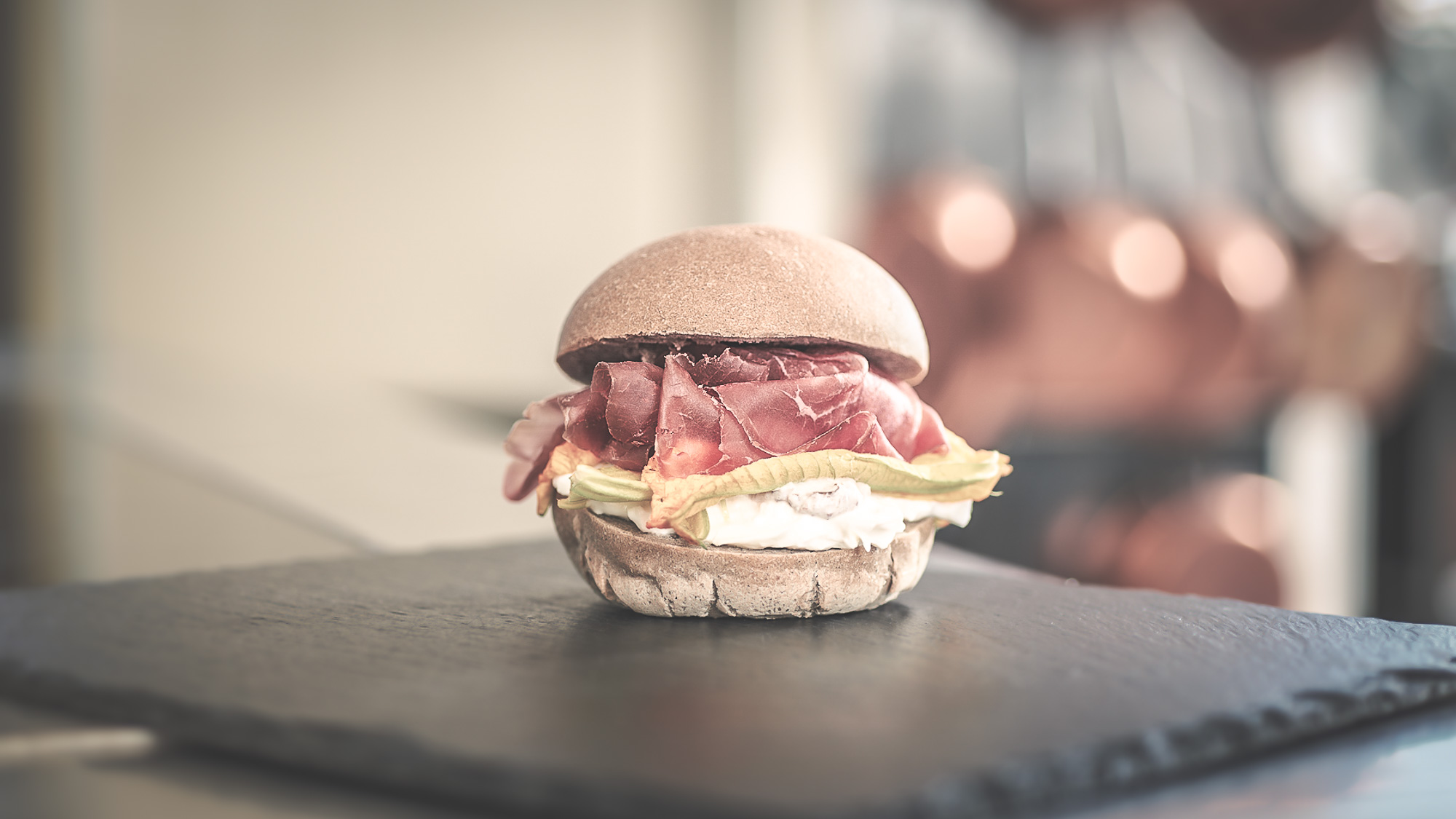 It’s the newest sandwich inside the Panini Regionali (locals only) collection. They’re made to take tradition to the next level. The bread is 100 grams, instead of the classic 70. Inside, there are baked cherry tomatoes, fresh cherry tomatoes, mozzarella, anchovies, caper leaves, oregano and capers from Pantelleria, Sicilian olive patè, fresh basil, and arugula.

But the new menu item takes into account timing: you can only order it after 6 pm. Just in time for aperitivo. At the editorial office, we each have our favorite. And yours? 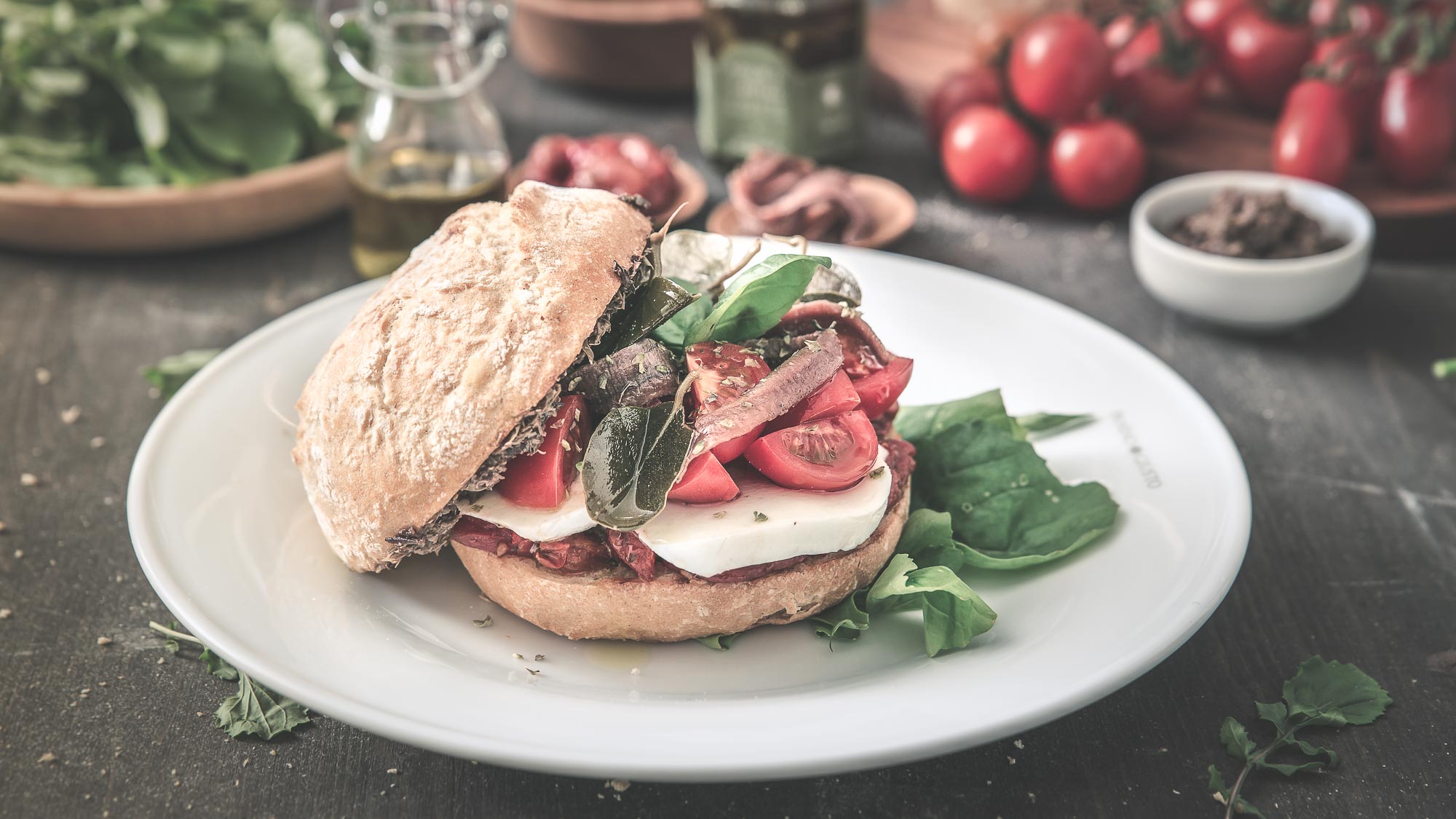 This is our new space dedicated to photography. Once a month, we go hunting on Instagram, looking for 10 images that best represent the chosen theme. Clean up your profile, because your photo could be the next one to be published. The first Velasca theme for Photosteps is with #outdoors and nature life in gorgeous […]

Photosteps 09 | Let’s meet up at the cabin

How many times have you gone skiing with a bunch of friends, and there was one friend who was slower than the rest? Most of the time, there are a few friends who prefer to enjoy the landscape, carefully planning their route in the fresh snow nearby the tracks, or maybe they like to stop […]

A conversation with: Roberto Selvetti

Methodical, in love with the city of Milan and his job (small offices pay off), and obsessed with offbeat movies. Roberto Selvetti was one of our very first customers ― he was at the first Bottega’s opening event ― and is such a big fan that he put all the dark-colored Velasca shoes he owns […]