Isaw a man in a blue suit. I saw a guy in an oversized tank top and black shorts passing by him. Old and new, classic and contemporary. A dichotomy on the same sidewalk. I was reminded of Smoke over London, Alberto Sordi’s debut film as a director, a “travel book” for 1960s London.

Maybe you’ll allow me a few spoilers – I hope you can forgive me; in any case you should watch this 1966 film, released and shot during the same years to which it transports you.

Bowler hat on his head, Lobb’s at his feet, black umbrella, pipe, red poppy at the buttonhole and that satisfied air of those who march on the way to the finish line, shaking off the smells of Italy. 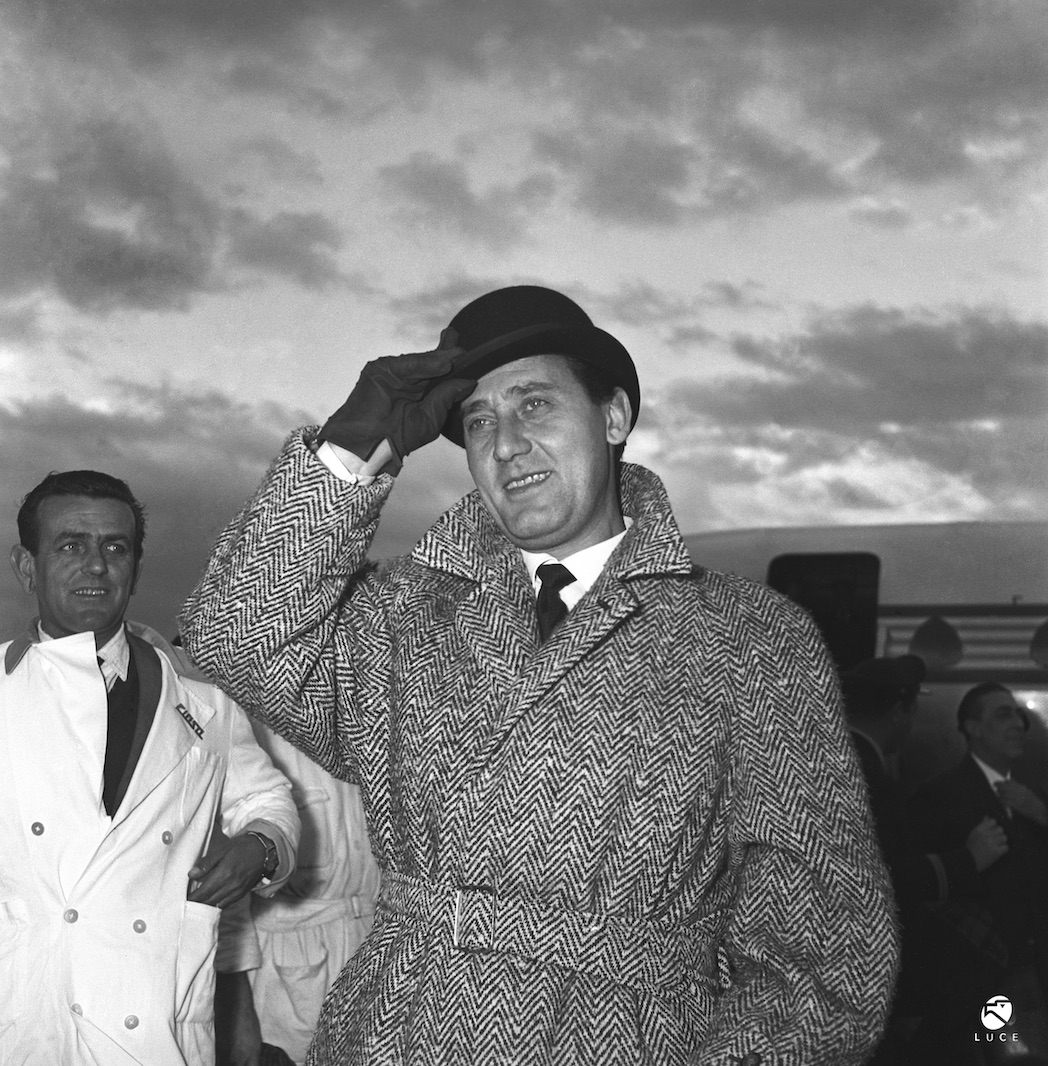 Dante Fontana, the protagonist played by Sordi, flies from Perugia to London, the city he so admires and frets to feel part of. The entrance ticket is to follow the dictates of British clothing. How satisfying, then, when a group of Italians takes him for a Brit. Until he clashes funnily with his being Italian.

In that period the Swinging London was in full… swing: the expression was coined in an article in TIME on 15 April 1966 (the same year Sordi’s film was released) to indicate the cultural phenomenon that lulled and inspired artists, musicians, actors and singers, already synonymous with the free spirit that animated the young British generation of the time.

With the Beatles in the background, stale myths collapsed. A casual, creative and chic world emerged. Young people preferred high neck sweaters, jeans, eskimos and moccasins to rigid collars. “The aristocrats rebelled against this way of dressing imposed by their fathers and grandparents,” Sordi explained in an interview on set. A true “anglomaniac”, Dante/Sordi is carried away – and embarrassed – by this sense of freedom typical of the new English generations: out with the hat and the umbrella, and his hair becomes long.

«The young are beautiful because they are alive» the British dandy to Dante.

Carnaby Street is Ground Zero for the new cultural movement. It’s the City district, traversed by the great names of the music scene of the time such as the Who, the Beatles, the Rolling Stones, who all inspired the “mod” movement (diminutive of “modernism” and Swinging London’s figure), but also Jimi Hendrix and models like Twiggy.

Suddenly the young had a voice, and that voice became part of mainstream popular culture. It’s a pivotal time in British history, with music at the forefront. Right from the mid-60s, groups like Small Faces, the aforementioned The Who and of course “the fab four” became poster boys of style and attitude.

It was the dawn of “street style” and the City was the forge of this revolution.

In Carnaby Street, Kings Road and Chelsea, you could buy clothes to look like a pop icon (short and tight trousers, tight jackets, uniforms with military straps, ankle boots and turtlenecks worn by the Beatles; silk shirts and pants, necklaces and bracelets, preferred by the Rolling Stones): London’s fashion streets became a hedonistic catwalk. It is not by chance that men’s fashion in recent years has looked to those subcultures, contaminating styles, luxury and streetwear.

In that melting pot of music and fashion, under the banner of “everything and more”, trends and countertrends and even men’s fashion began to change direction for the first time in decades: anyone could wear clothes according to their taste, to express their personality at best. This is the greatest achievement.

The expression of one’s identity also passed through one’s clothing. Fads pass, personal style, once acquired, is preserved for life.

Dante doesn’t understand it immediately: London’s enthusiasm leads him to imitate those boys more than to express himself in his own way. All of a sudden, he discovered an England which he had no idea existed. And yet despite all this, on the plane returning to Italy, he affectionately bids farewell the city that gave him this formidable experience: Goodbye, my London!

Cover photo and photo in the text by Istituto Luce Cinecittà/contra​sto.