In the Sixties, it was not unusual to spot Jean Paul Belmondo walking along Rome, or Frank Sinatra playing the piano at Harry’s Bar. Actresses like Ava Gardner were regular clients of the Fontana sisters and Capucci. Everyone had a pair of mocassins handcrafted by Ferragamo. 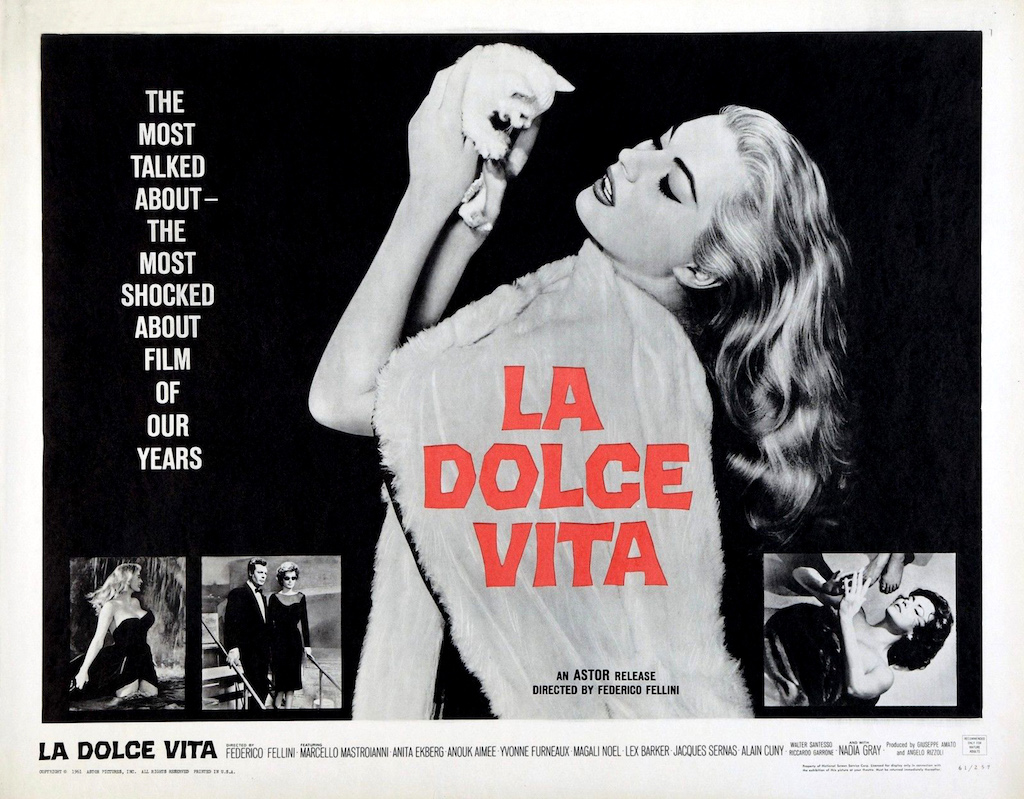 Between the Fifties and Sixties, Rome became the Italian factory of dreams, celebrated in fashion magazines and in unforgettable movies. Fellini’s masterpiece, La Dolce Vita, is a very vivid portrait of those years, when Hollywood gathered on the Tiber’s banks. Cinecittà – Italian film studios – made masterpieces such as Ben Hur and War and Peace.

Mussolini himself opened Cinecittà studios in 1937. During War World II they were abandoned, and activity was restored by American majors: in Italy they could pay very little taxes and set the movies in amazing locations. This was the perfect scenario for the ‘peplum’ genre, meaning ancient epic dramas: Ben Hur, Spartacus, Cleopatra and so on.

For fifteen years, Rome was the brightest star in the film industry. Not only for the American epic dramas, but also because Italian directors created a new flow: Neorealism. Roberto Rossellini, Luchino Visconti, Vittorio De Sica taught the world a timeless lesson on raw, authentic films set in the streets. The city – as well as the rest of the country – was still recovering from the harshness of War World II. 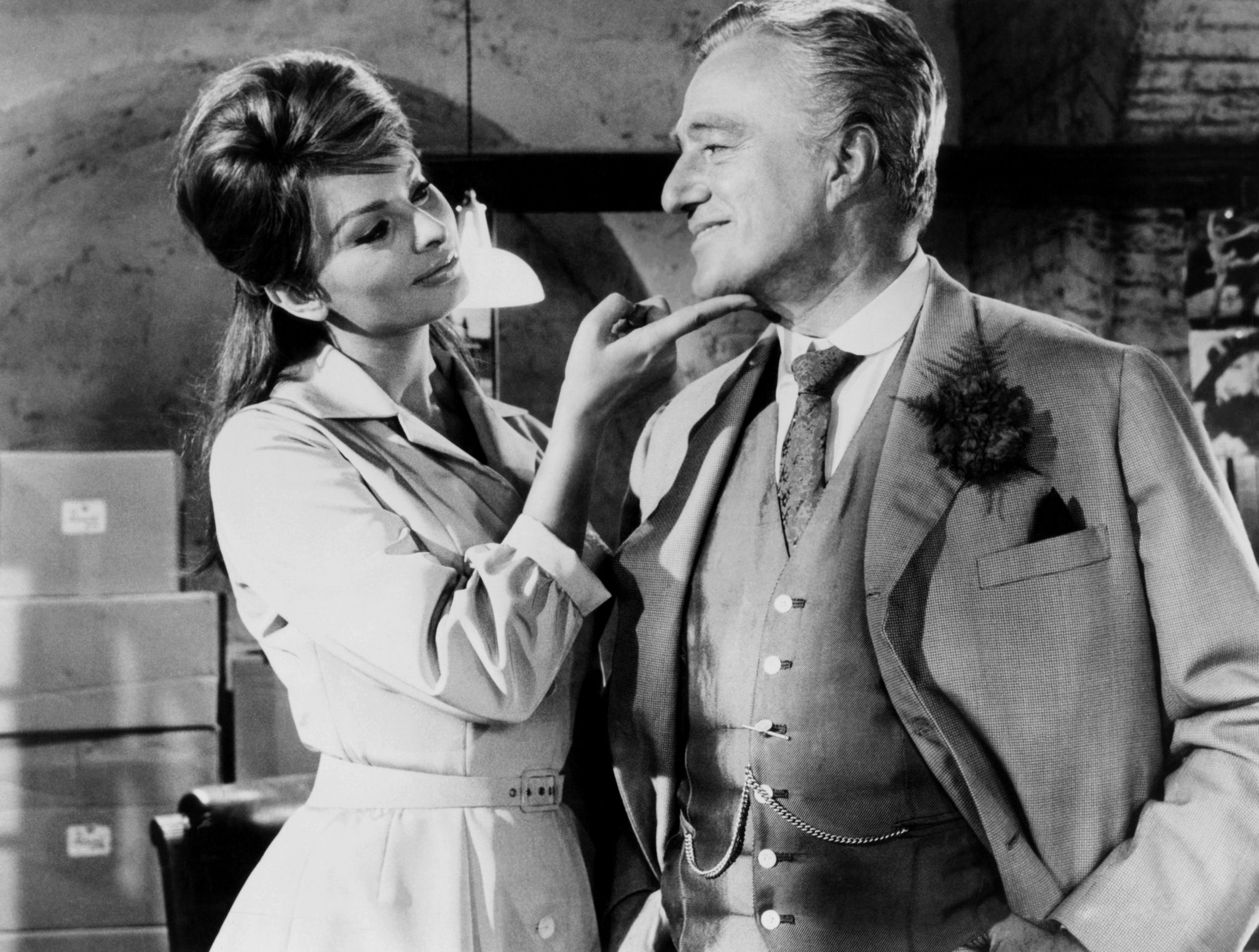 Many artisans – leather workers, carpenters – lost their job and some of them started to work for the studios. Outside the studios, a lot of ordinary people used to line up to be recruited as extras in movies. But there was also a great need of artisans in the film industry, to create grand, expensive and impressive settings in such a short time: ancient Roman buildings, pyramids, palaces and so on. Italy could offer Hollywood majors an ancient and solid know-how, especially in fashion.

This had a remarkable impact on local economy: cafés, hotels and restaurants competed to be the “best place in town”, Italian tailors and designers opened their ateliers, seducing divas and fashion victims on both sides of the Atlantic.
Tailors’ and designers’ creativity enriched costumes in film and actors’ personal wardrobes. In those years, everybody began to associate Italy with high fashion, rivalling French haute-couture.

Many iconic ateliers were opened in Rome and Florence: the Fontana sisters, for example, who created unique pieces for actresses like Ava Gardner. Emilio Pucci started to sell clothes with his unparalleled colourful print. Salvatore Ferragamo designed shoes for the most elegant and powerful men in Hollywood – from Rodolfo Valentino to Charlie Chaplin. Roberto Capucci conquered American divas and fashion magazines with his ‘sculptural dresses’: Marilyn Monroe used to wear his clothes, and one of his creations was photographed for Vogue America. Princess Soraya and Sophia Loren were among Emilio Schuberth’s best clients: for this very reason he was known as “the diva’s tailor”. His bridal dresses were so popular (and expensive!) that women could brag they would be wearing one on their wedding invitations: “the bride will wear a Schuberth dress”.

For almost a decade, Rome was on fire and movie stars were holding the match. The place-to-be for the international jet-set was Via Veneto, in the Excelsior Hotel or in the Doney Café. Audrey Hepburn and Gregory, riding a Vespa, made the whole world dream about “Roman Holidays”.

The 20th Century Fox was almost bankrupted by Cleopatra, but it turned out an iconic movie. First of all, for its grand costumes and scenes, but also because Elizabeth Taylor met Richard Burton on set.

They played the characters of the legendary Egyptian queen and the Roman general, enemies, but deeply in love with each other: just like the roles they played, Elizabeth and Richard fell desperately in love. Since they were both married, the scandal was huge. Before getting married themselves, they lived a passionate affair chased by paparazzi (who, by the way, are named after one of Fellini’s characters, the reporter Paparazzo).

For them, via Veneto was a gold mine: it wasn’t unusual to spot Ava Gardner or Burt Lancaster in the cafés along the streets, or Frank Sinatra at Harry’s Bar. It was a sparkling, shining world; it faded, but it was never forgotten: how can you look at the Trevi fountain without thinking about Anita Ekberg and Marcello Mastroianni?

Throughout the decades, music and fashion have always gone hand-in-hand. Music stars have always paid enormous attention not only to their art, but also to their fashion and style, which inevitably was shaped by their personality. Therefore, it’s not a coincidence if clothes and shoes (and other fashion) came to inspire songs, many of which […]