Naples and Totò are inseparably linked. Born Antonio Clemente on 15 February 1898 Totò became a De Curtis when his father recognized him; he would later hold a series of noble titles. The father figure and the desire for nobility are two main themes in Totò’s life, but I don’t want to digress: here we will only deal with Totò and Naples. His Naples.

Totò was born in Naples and is still alive in Naples. In bars, in popular references, in people’s dialogues. People recognize themselves in his mask, suspended between joy and sadness, between misery and nobility. It is one of those popular myths that, when dead, instead of crystallizing becomes more alive than ever.

«One is born a gentleman. I was modestly born one»

“You can see his picture inside and outside the premises as well as in the crib shops. – explains Luigi Mingrone, President of the non-profit association NAPOLI inVITA. People Ideas and Works for the social development of the City – But Totò is also alive in the spoken language we Neapolitans use daily. The most loyal ones remember entire scenes of his movies by heart, and the expressions he invented often recur: “senza nulla a pretendere”, “eziandio”, “ohibò”. Above all, Totò is alive in Naples because the art of intelligent irony and mockery towards the powerful one on duty is still practiced here. Because I like to think that “men”, not “corporals” still live in Naples (and outside Naples), part of that humanity – often defeated but never won over – that the Prince of Laughter [as he is known in Italy] played.” 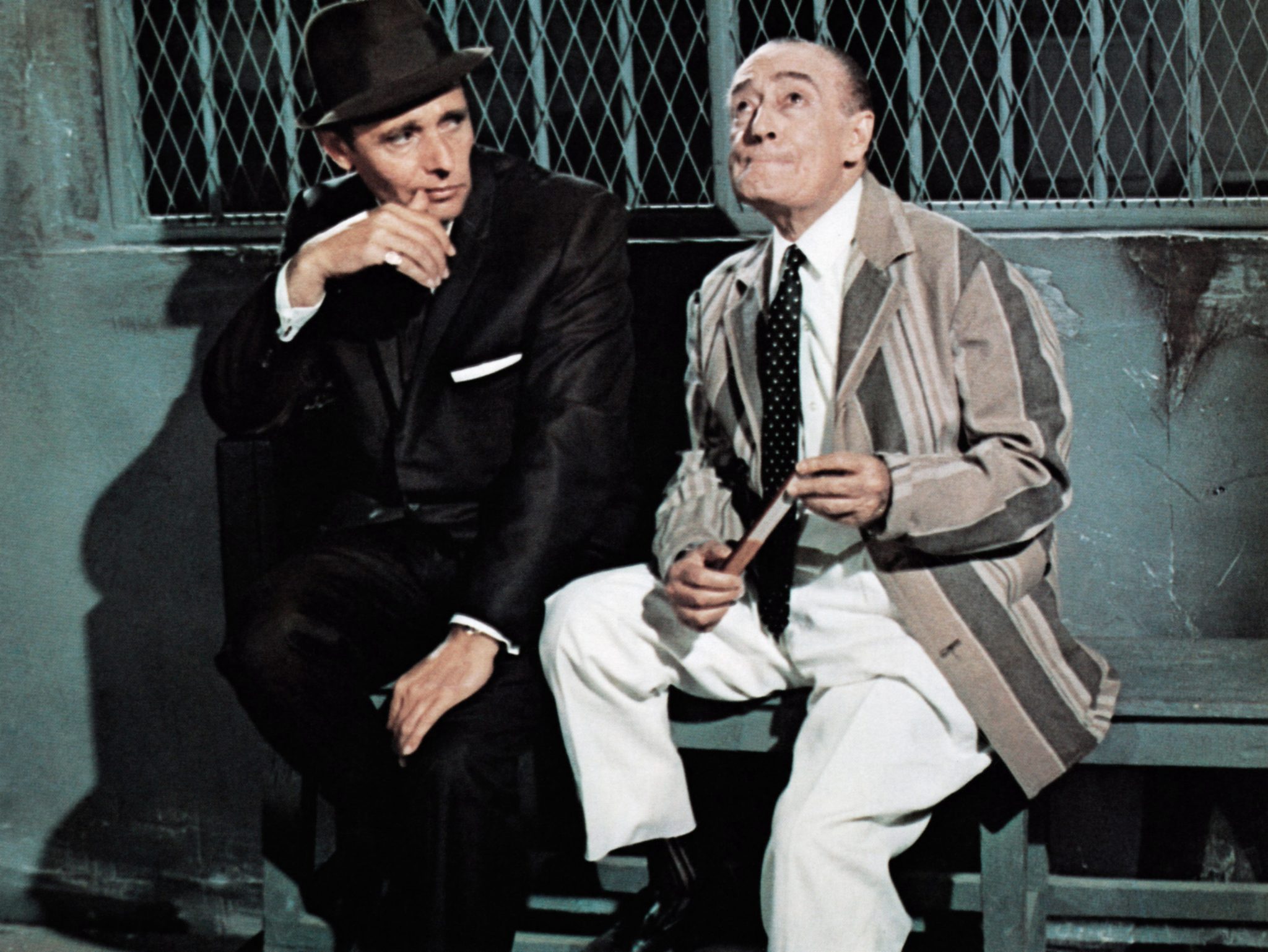 Yet Totò lived in Naples only for the first twenty years of his life, before moving to Rome. But he always maintained a close relationship with the city and in particular with its Rione Sanità – that area between Piazza Cavour and Capodimonte, just north of the city center -, frequently returning to visit, to stroll around and to leave something to the poorest families, inhabitants of the typical houses, the so-called “bassi” (“lows”, literally).

Totò’s third funeral was also held in the Rione Sanità, in May 1967, a month after the two official funerals, with the collective embrace of the inhabitants of the district to welcome his empty coffin.

«My funeral shall be beautiful because there will be words, big words, praise, and I will be considered a great actor: because Italy is a beautiful country, but for others to realise you’re good at anything… you have to die.»

Our journey to discover the Sanità district starts from a symbolic point, from that square that was recently named after the artist, taking the name of Largo Totò. Here is a tangible emblem of the emptiness left by the Prince of Laughter: a large monolith handcrafted by Giuseppe Desiato with Toto’s hollow and unmistakable shape.

We continue by leaving Piazza Sanità behind us and we proceed up the district to the beautiful San Severo Fuori le Mura church, which also leads to the Catacombs, and then we reach the Chinese ascent, an unmissable stop for Totò fans: here scenes from two of his best-known films were shot, “The gold of Naples” and “Yesterday, today, tomorrow”.

Mingrone explains to me that “The most iconic landmark from a cinematographic point of view is the balcony on the first floor of the building in via Guido Amedeo Vitale, where a famous scene of the episode” The guappo” in “The gold of Naples” is set.

But the heart of every pilgrimage in the wake of Prince De Curtis is number 9 of via Santa Maria Antesaecula, where you can find what is known as Toto’s birthplace (although he was actually born at number 107 and moved to number 109 with his mother Anna Clemente and his grandmother when only a few days old).

Tourist who wants to visit Totò’s house must however lower their expectations, because unfortunately the building, purchased at an auction several years ago by a Neapolitan actor, is still waiting for funds for a worthy renovation. What cannot be seen, however, can be imagined: so we think of a very young Totò who began to shape his art from the balcony of that house, observing and imitating the weirdest passers-by, to the point of being nicknamed “o’ spione” (“the snitch”).

For now, we can also only imagine the Totò Museum inside the Spagnuolo palace in via Vergini (which has long been designated as its headquarters), since to this day – due to the usual Italian bureaucratic lengths – it has not been set up. You can observe the stunning building from outside, by the way. Near the palace you can also find the church where Totò was baptized, the baroque Santa Maria dei Vergini.

At this point, those most resolute shall cross Via Foria and walk south until they reach Via Carbonara, another landmark in Totò’s life: here, while studying at the Collegio Cimino, he had the accident that changed his features forever, making its mimicry unmistakable. This episode is remembered by a plaque displayed on the historic building that now houses the Hotel Palazzo Caracciolo.

And now let’s think of hunger, another recurring theme in Totò’s life and cinematography. There are two “gastronomic stops” not to be missed in this district: the restaurant-pizzeria “La Taverna di Totò” (Via Sanità 33), which houses his wooden bust donated by the engraver Luigi Buommino, and the pastry shop “Poppella” (via Arena della Sanità 24), where you can taste Toto’s famous bowler hat – a titbit inspired by Prince De Curtis’s iconic hat.

To book a visit to Toto’s landmarks in the Rione Sanità with NAPOLI inVITA, please write an email to: napolinvita@libero.it, with at least two weeks notice.

For the pic, thanks to Courtesy Everett Collection/Co​ntrasto.

Adeep and energetic gaze behind round glasses, a hermetic untamed beard, a gilet and a button down shirt in the style of a perfect gentleman. This is the portrait of Michele De Lucchi who today, at 67, is an uncontested master of Italian design. “Ideate, design, communicate” are the keywords in the mind of the […]