From the outside it looks like a simple textile shop, the kind with a large window – it takes a while to focus on each piece. Inside, an explosion of history and tradition, a cabinet of natural curiosities, made in Italy. 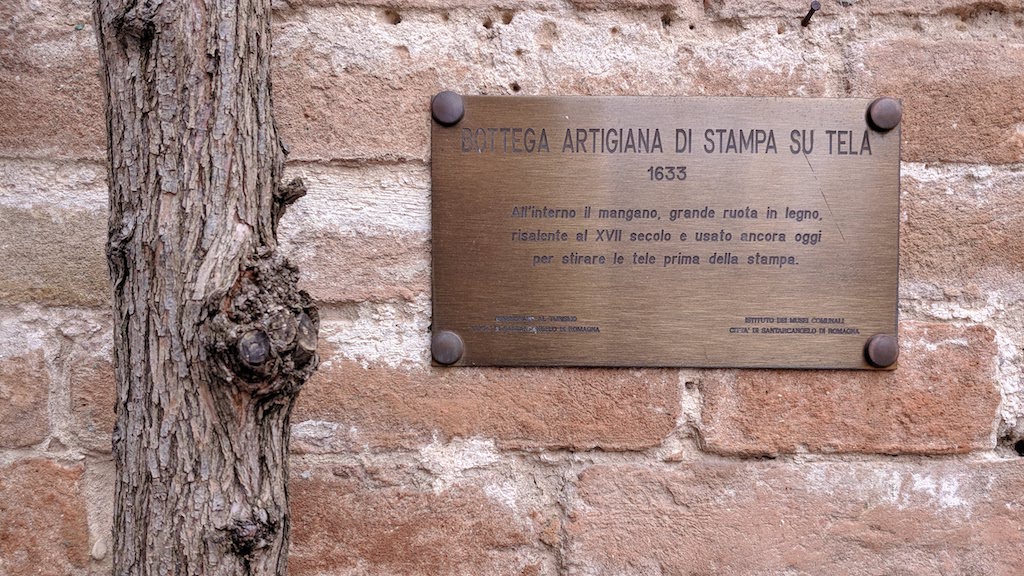 In the Antica Stamperia Marchi there is an old mangle – well, maybe “old” is an understatement, since it dates back to 1633. I’ll be honest, I had no idea what a mangle was – which is what you must have thought, too – but if you think it’s a small craftsman’s tool, you’re in for a big surprise.

I am in Santarcangelo, a village in Valmarecchia; this is a lesser-known corner of Romagna because it is a few dozen kilometers from the sea. I entered this shop by chance and was surrounded by Romagna prints on potholders, bread racks, kitchen aprons, elegant dishcloths that bear the lines of Romagna poets such as Tonino Guerra. Like these:

Mrs Flora read it to me and translated it, approaching it with elegance. Then Cristina explained to me what they keep inside those walls. “In this room, you can visit the 1600’s mangle, a primitive press still working today, the last of its kind in the world: moving in the wheel, the boulder moves; under the boulder we place the cloth that is stretched with its weight. The printing is then done by hand in the workshop below, with wooden molds we engrave”.

From the room with their finished products, another one opens that seems to belong to a distant period. 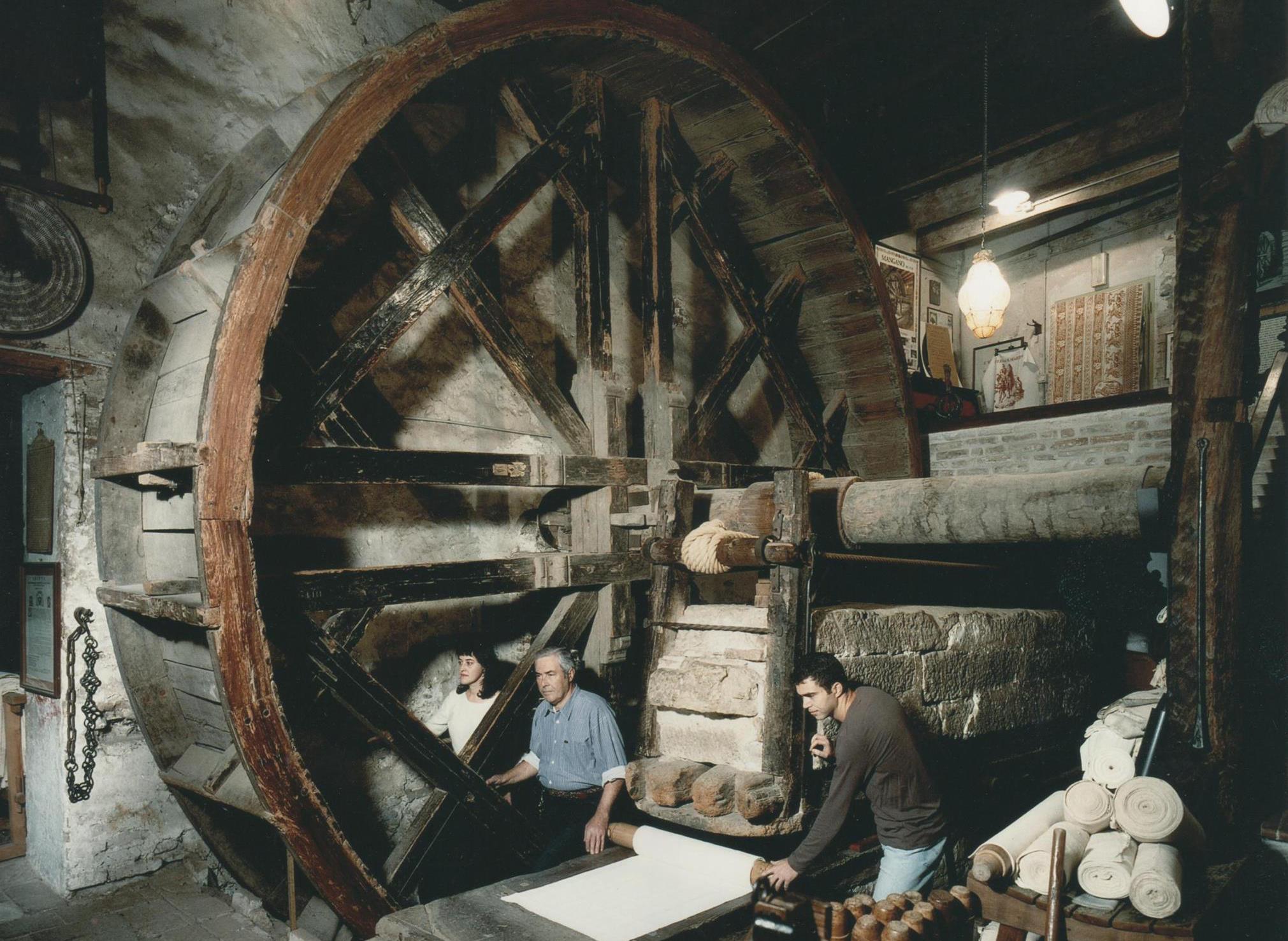 A wooden wheel as big as the wall itself is surrounded by fabrics and tools hanging on the wall. Cristina lead me to the room, she spoke to me with such passion that I thought she was the owner. Actually, the printing house was owned by Alfonso Marchi, who ran it for a lifetime (first with his father and grandfather and then with his wife Flora); it is now in the hands of his children. She told me that the technique has remained the same over the centuries: the cloth is imprinted with rust, time- and washing-resistant. 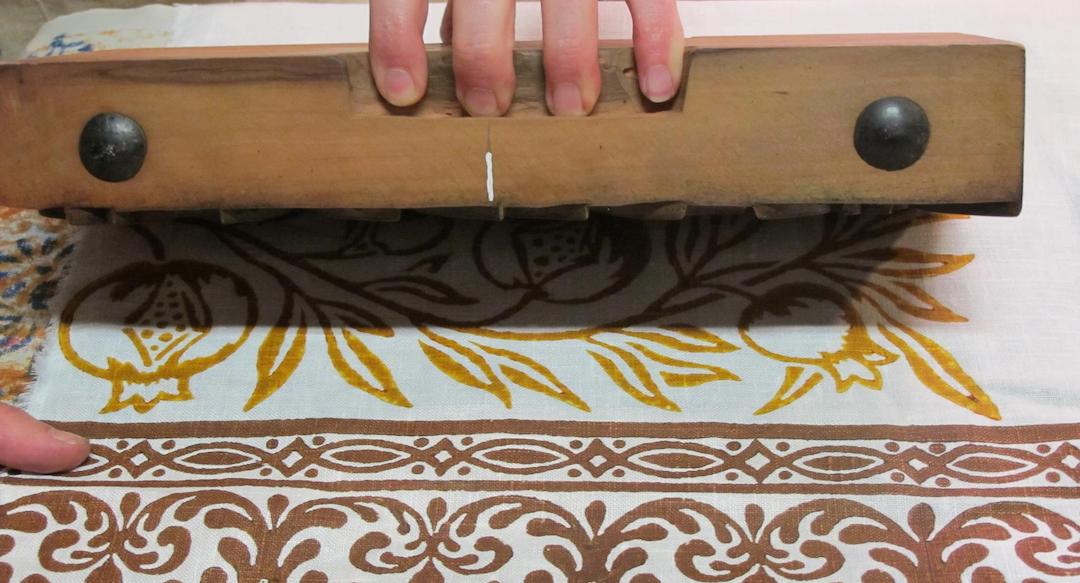 In the meantime, other customers entered and shortly afterward we were joined by Mr. Alfonso who showed us how the mangle works.

The boulder weighs 5500 kilos, like the wheel: since there is a perfect ratio between boulder and wheel, a small increase in weight (like a human, for example), is enough for everything to move with extreme ease.

If you didn’t know what a mangle is, don’t worry. The word mangle means “machine that produces force” – nothing to do with the tissue. And in fact, in the Middle Ages, it was used as a war machine – Leonardo da Vinci provides us with extensive documentation – then used industrially to lift men from mines and other weights. A miraculous survivor of the Great Wars, today it is a historical heritage that has made the fabrics of simple and poor Romagna prestigious, sold throughout Italy and even abroad. 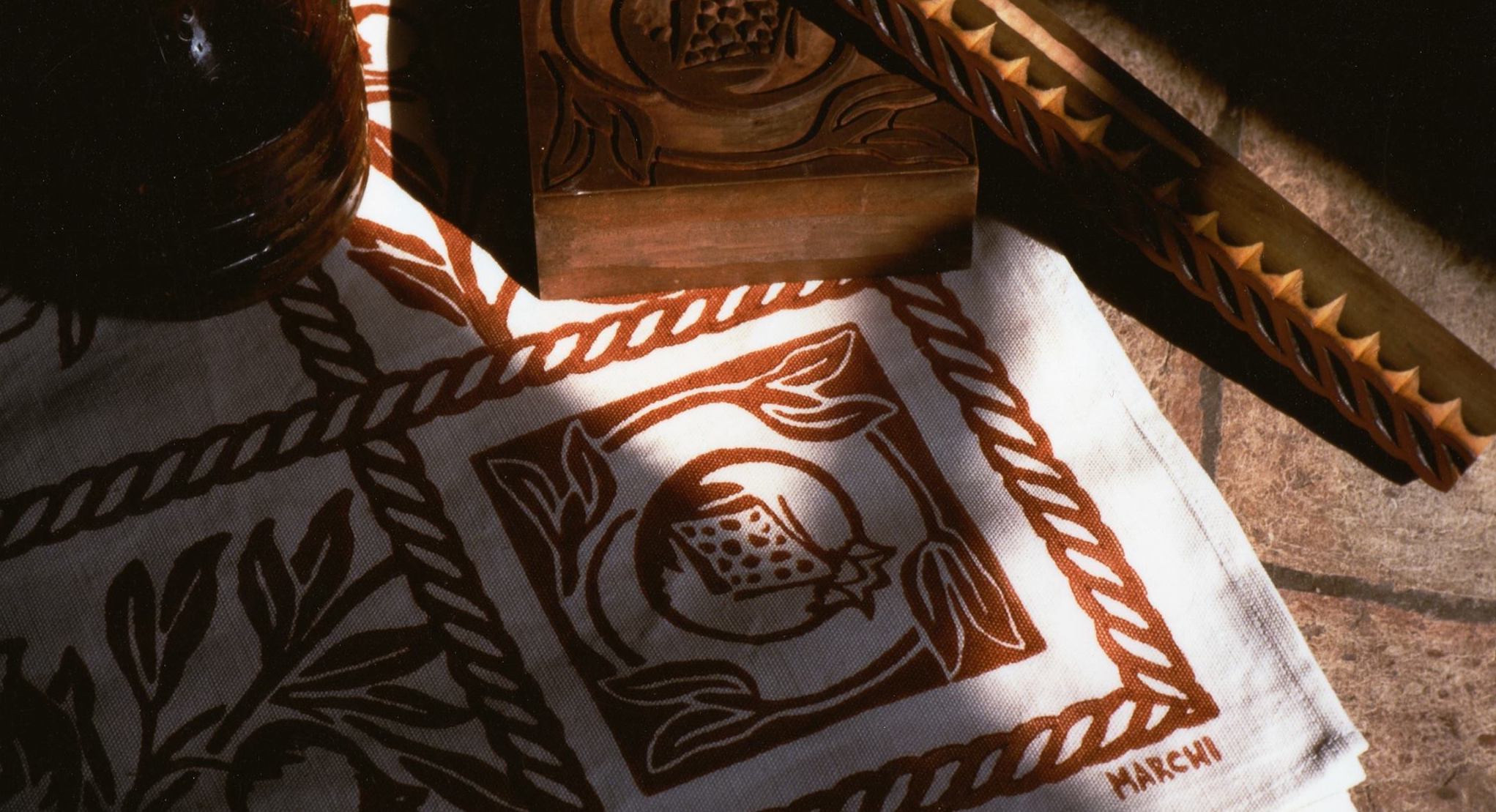 Care and attention are in every handmade step, with the only help of the secular machine. They are the same as in the 1600s and has been passed down through four generations. A process kept as a treasure not so hidden: “We didn’t charge anything because we like the new generations to know the story”, Cristina told me.

So, a special thanks go to Cristina and to Mrs. Flora, and to all the Marchi Family for such an afternoon full of tradition, that one alive. Something that truly feels ours. 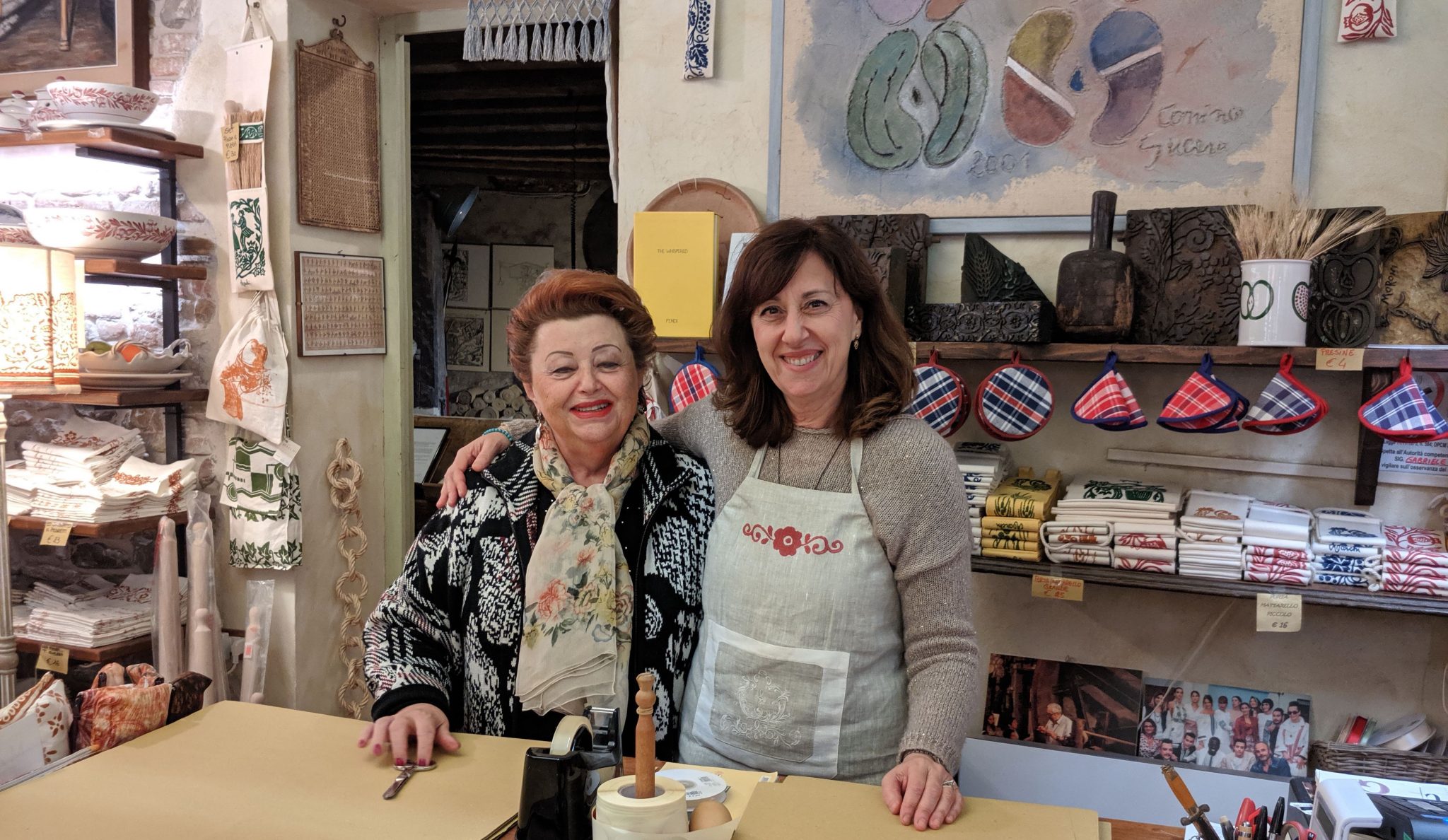 For the pictures, thanks to Antica Stamperia Marchi in Santarcangelo and to Micaela Tedeschi for some stolen shot took along her visit.

Gin is once again the protagonist (also) in Milan. It happened on Monday September 9th at “Made in Italy”, the event created by Gino12 celebrating the most famous gin-based cocktail in the world, Gin Tonic, made by the Italian savoir-faire. Twenty-five selected producers “disclosed” their gin to the public. I also discovered a world, between […]