«The entrance to the theater was so steep that, if you didn’t have your tennis shoes on, you would slide down and find yourself directly on stage.»

That was Massimo Troisi, one of the greatest Italian actors, in the place where he studied to become an actor. It was the ’60s: struck by the film Roma città aperta, Roberto Rossellini’s 1945 masterpiece, rather than being a surveyor, he decided not to give up on that “tangle of images and emotions” aroused by watching the film; so he began to… play. At first, in the parish theater, where he met Lello Arena and forged an immortal artistic partnership with him. Then on television in ’77, and then in a movie with the wonderful Ricomincio da tre (roughly I’ll start again from three, 1981).

«Ricomincio da tre! I’ve managed three things in my life, why should I start from scratch?»

Born in a small town just outside an unstimulating suburb of Naples, he was raised in a humble and overcrowded house shy in nature – to the point that he “was not brave enough” to chat up girls – and with a serious heart problem, Massimo certainly had no way of getting straight to the general public, to awards and fame. But he transformed obstacles into trampolines. He took inspiration for his sketches and made his awkward modesty the figure of a new “anti-hero”, coming to the fore of a comic revolution.

«I was born in a house with 17 people, which is why I have this pronounced sense of community. When there are 15 people or fewer I feel very lonely.» 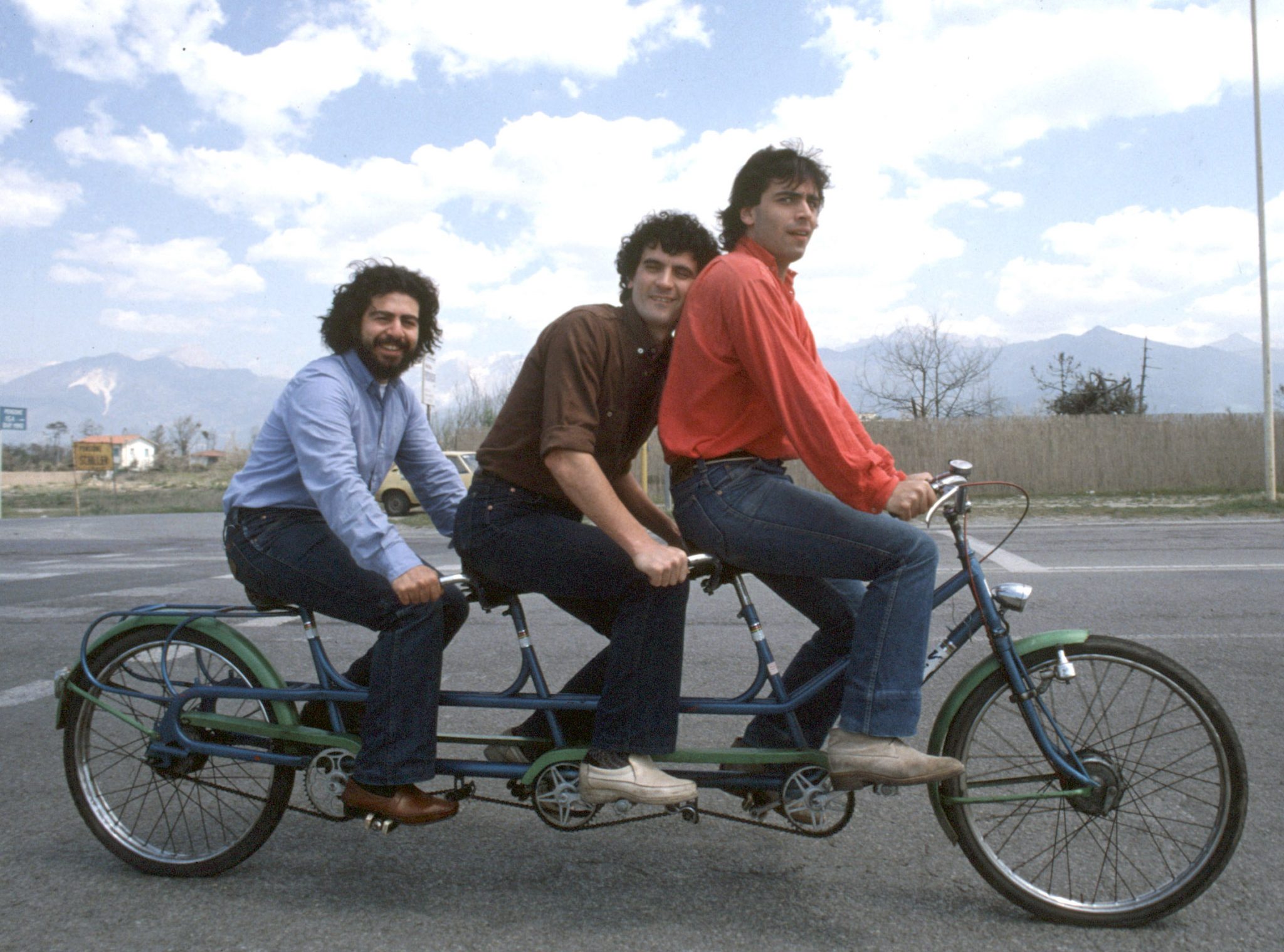 In the mid-1970s, with Arena and Decaro, he founded the La Smorfia (Grimace) trio – a name given to the group by the director of the Sancarluccio theatre, Pina Cipriani, to whom Troisi himself simply grimaced when asked “What are your names?”: this “accidentally” recalls the Neapolitan tradition of interpreting dreams to choose numbers to play in the lottery. Troisi crossed the borders of his fellow countrymen’s applause to bring his language, Neapolitan, the one “that no one understands”, to television and to the silver screen.

“Wear tennis shoes on your brain”, my art history teacher kept repeating, urging us to live in a “smart” way; today that phrase makes me think of Troisi, of his shy expression and the melancholy viaticum-tone of his jokes and their disruptive comedy, of his undisputed genius of laughter that made his humble origins the subject of a timeless humor. A personality that was revealed in a clean, sober elegance, clad in a t-shirt, a jacket and tennis shoes.

In an unforgettable interview with Pippo Baudo, Troisi narrated his own Naples, moving away from stereotypes, saying what no one dared to say about the city.

His style conveyed his simplicity, and he just had to open his mouth to make you notice his comic intelligence.

You can see this in Non ci resta che piangere (All we can do is cry), a 1984 masterpiece written, directed and performed by Troisi with his friend Roberto Benigni. Seeing it once is not enough.

For the picture, thanks to Angelo Palma/A3/Contrasto.