He is one of the most beloved ambassadors of the “Tuscan flair”, but that’s not all: through his movies – almost all of which have so far been set in Tuscany – Leonardo Pieraccioni is an unstoppable promoter of the beauties of his region – which also happens to be mine.

For the anniversary of the release of Il Ciclone (The Cyclone) – the cult movie hit Italian cinemas on 20 December 1996 and made the Tuscan director’s fame explode – we decided to propose an itinerary inspired by the locations in his films. 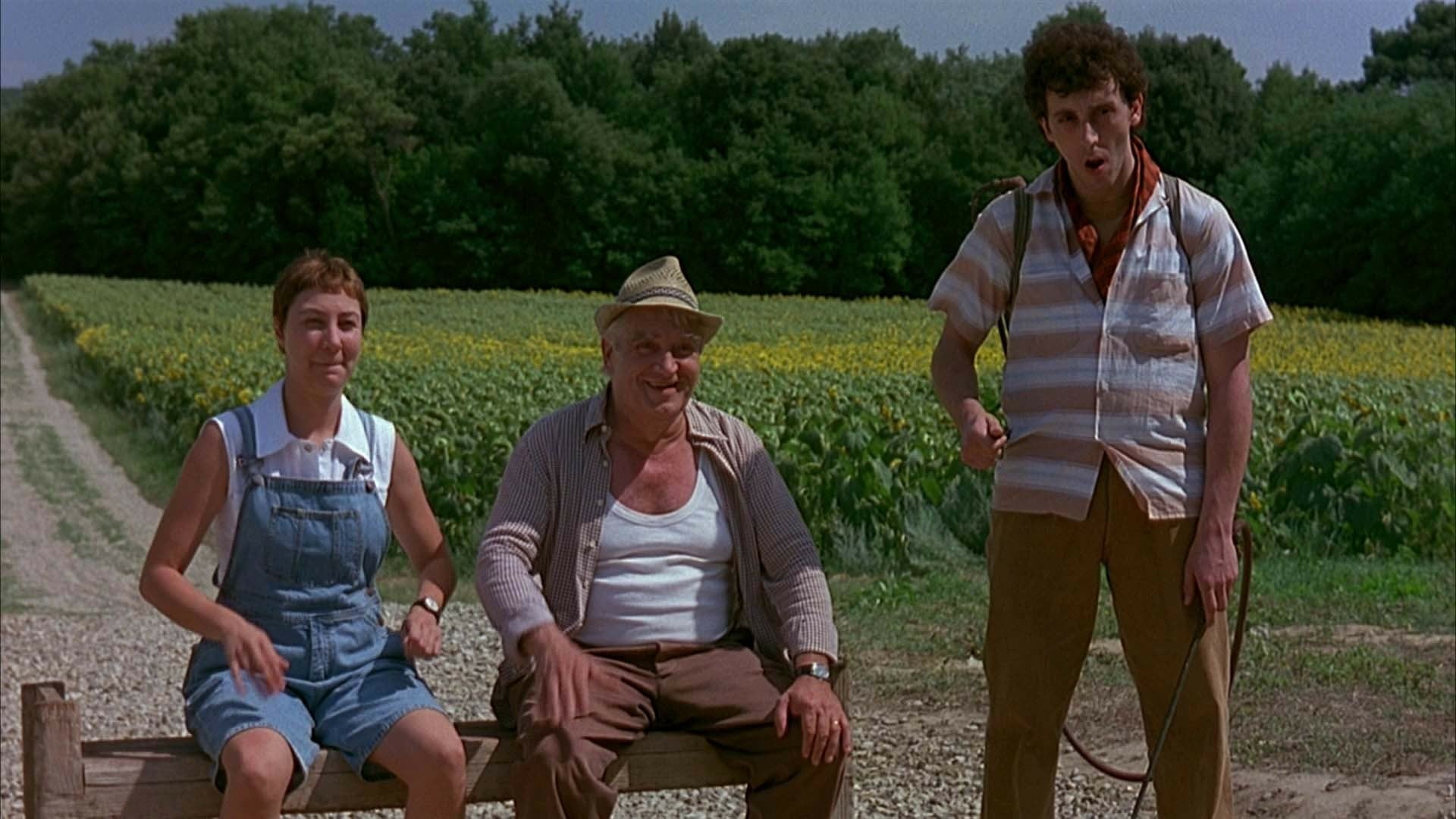 The province of Arezzo was lucky for Pieraccioni: in this corner of Tuscany the director set some of his most successful films.

In Un fantastico via vai (Fantastic comings and goings, 2015), Arezzo flaunts all its beauty: the story of Arnaldo Nardi – a man in his forties who is living with a group of university students – unfolds through the splendid historical city center, with places like Piazza Grande, Piazza San Francesco, the Duomo and the Medici Fortress.

A few tens of miles to the east in the opposite direction lies Anghiari, which made the cultural map five centuries ago thanks to another illustrious Tuscan Leonardo (Da Vinci), who allegedly painted a mysterious fresco depicting the battle of the same name. Here Pieraccioni set Una moglie bellissima (A beautiful wife, 2007): to serve as background to the events of the greengrocer Mariano and his attractive wife Miranda, who suddenly finds herself becoming a calendar pin-up, there is first and foremost the central Piazza Baldaccio, but there are also scenes shot at the Anghiari Theater and in several other places of this beautiful village. Do not miss the Church of Santa Maria delle Grazie.

If you are a true Pieraccioni fan you cannot miss a “pilgrimage” in the villages of Laterina, Poppi and Stia: these places in the Arezzo area are were the backdrop to the story of the accountant Levante take place in The cyclone, which is today considered the Tuscan director’s pivotal movie, as well as one of the most successful movies in the history of Italian cinema (it grossed 75 million lire when released).

The farmhouse where the bizarre Quarini family live is actually “La Giuncaia” farm, located on the country road that leads to Laterina. In the same area there is also the home of the legendary Gino, voiced by the unforgettable Mario Monicelli.

The scenes that take place in town were filmed instead in Poppi and Stia (villages in the Casentino valley), in particular in Piazza Amerighi in Poppi (its drug store is the one in the movie) and in the delightful Piazza Tanucci in Stia: you will easily identify the bar where Franca works in the movie because today it is called “Il ciclone”.

We continue our journey and arrive in Florence, Pieraccioni’s birthplace and the place where his cinematographic career began. His first film, I laureati (The Graduates) – the story of four overdue university students which was a box office record breaker in 1995 – was set in Florence.

One of the most important scenes in The Cyclone (the one where Levante, Libero and Selvaggia have dinner with the Spanish dancers) was also shot in Florence: the restaurant Beatrice in Via del Proconsolo 3 is now called “NuOvo” and is a very special venue, entirely dedicated to eggs.

But Pieraccioni’s biggest tribute to the most iconic version of Florence was in 2009 with the movie Io e Marilyn (Me and Marilyn): between Piazza Duomo, Ponte Vecchio, Piazza Santa Maria Novella and Via San Gallo, our protagonist finds himself face to face with no less than the spirit of Marilyn Monroe: Pieraccioni wanted to bring her to Florence at least in fiction, given that in her lifetime Marilyn never got the chance to go there.

A few kilometers north of the Tuscan capital, Fiesole is also worth a visit: here the love stories that Ottone tells his psychoanalyst about in Fuochi d’Artificio (Fireworks, 1997) are largely set. Don’t miss the amazing Villa Medici, which in the film is home to Luna, the girl the protagonist falls in love with.

A few kilometers further west and we arrive in Pistoia, which was the main set of Ti amo in tutte le lingue del mondo (I love you in all the languages ​​of the world, 2005), a film in which the protagonist, the physical education teacher Gilberto Rovai, is involved in a thousand ups and downs after divorcing from his wife.

Explore the town starting from Piazza Duomo, with a stop at the Valiani cafe; don’t miss the former Convent of Giaccherino – one of the most beautiful locations, just outside the city center – and the famous Pistoia zoo.

About 45 kilometers west of Pistoia is the beautiful Lucca, where Pieraccioni set Finalmente la felicità (Happiness at last, 2011). The protagonist of the film is the musician Benedetto, called into question by no less than Maria de Filippi (a well-known Italian tv presenter) in the tv show C’è posta per te (You’ve got mail).

Among the main locations of the film is Piazza del Giglio with the Universo hotel and the Teatro del Giglio, but also the splendid Villa Bottini with its park, the famous Boccherini conservatory and many of the streets of the historical center, all to be explored on foot, ready to marvel at ancient buildings and historical shops.

Finally we reach the Tyrrhenian coast and arrive in neighbouring Versilia – a symbol of the Tuscan Dolce Vita from the 1960s onwards – that Pieraccioni portrayed in 2001 in one of his first films, Il principe e il pirata (The Prince and the Pirate).

The movie tells the story of the teacher Leopoldo Natali who finds himself having to deal with his convicted-felon brother, with whom he takes a journey by car throughout Italy. The Tuscan scenes of the film are shot in some beach clubs in Versilia, specifically the Adele Beach in Lido di Camaiore and the Flora Beach in Viareggio, but also at the Viareggio pier and in the historical Hotel Principe di Piemonte.

Now that we have reached the end of our journey in Pieraccioni’s Tuscany, the question arises: what will the location of his next film be?

«The most resistant element is not cement; nor is it wood, stone, steel or glass. The most resistant material in construction is art.» The Pirelli skyscraper and the ultra-light chair. Cathedrals and the “diamond” car. The urban districts and the scenographies for La Scala. The “exact” houses and the peculiar ceramics. In a career over […]

Apothecaries, pharmacists and herbalists, goldsmiths and leather manufacturers, wig makers, tailors and shoemakers, carpenters and carvers: the history of Florence – capital of the Italian Renaissance – is the story of its craftsmen, of its ancient guilds, of the shops that still exist with dedication and pride, despite the passing centuries and the recurring floods […]