Fantozzi n. [antonomastic use of the surname of accountant Ugo Fantozzi, the comic character created and personified by the actor P. Villaggio], fam. – incapable, clumsy and servile man, who suffers continuous failures and humiliations, always ready to commit blunders and to submit to the powerful: today I feel like a f.; the fantozzi of politics.

Fantozzian adj. [Derived from Fantozzi (see the previous entry)], –, embarrassed and servile with superiors: that collaborator is a fantozzian figure. Also used to describe a ridiculous situation.

These definitions have been directly translated from the Italian Treccani dictionary, and represent proof that accountant Ugo Fantozzi has left his mark not only on our lexicographic tradition, but on all Italian socio-cultural imagination. 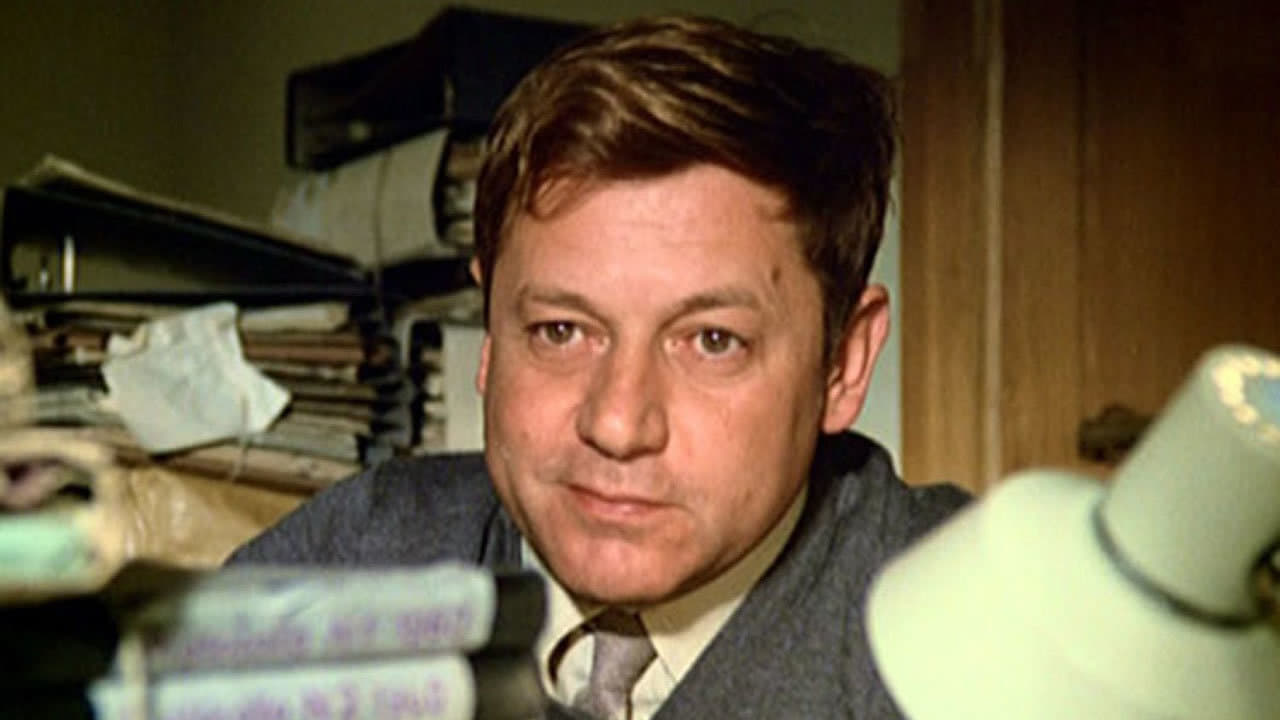 1975: cinemas all over Italy showed the misadventures of the “Everyman” Fantozzi, a fictional character created by Paolo Villaggio.

«Physically squat and ungainly, with mouse-colored skin and sandy hair, Fantozzi-Villaggio always appears on the screen in an improbable manner, wearing an accountant’s jacket, trousers above his belly button and the symbolic and characteristic beret on his head. Thus, a new mask is born, the last one (after Totò’s) to draw on the commedia dell’arte» Paolo Mereghetti

“Spokesman” for a servile and perpetually frustrated middle class, accountant Ugo Fantozzi becomes the ultimate tragicomic symbol of submission to capitalism and of the degradation of lower-class workers, persuaded to believe that belonging to the “Megaditta” (“Megacompany” – emblem of the administrative-bureaucratic apparatus of the industrial empires born with the economic boom) is the best possible achievement.

Supporting this subtle slavery process are all those ridiculous extra-work activities proposed by the company, (disastrous) forerunners of contemporary team building: do you remember the memorable five-a-side football match between Bachelors and Married Men? And the crazy Cobram Cup? Not to mention the pool game against director Catellani.

It is no coincidence that his superiors call him Fantocci, which means “puppet” in Italian; and it is no coincidence that the accountant bows before those who insult him with hilariously exaggerated and caricatured names, often suggesting some wrongdoing on his part: and how could you forget the incredible titles (in some cases plain insults transformed into Noble Titles) used in the movie to present the Top Executives of the company: Galactic Megadirector, aka Duke Count Maria Rita Vittorio Balabam, the Megadirector Dr. Engineer Gran Mascalzon (Great Crook), and many untranslatable others. 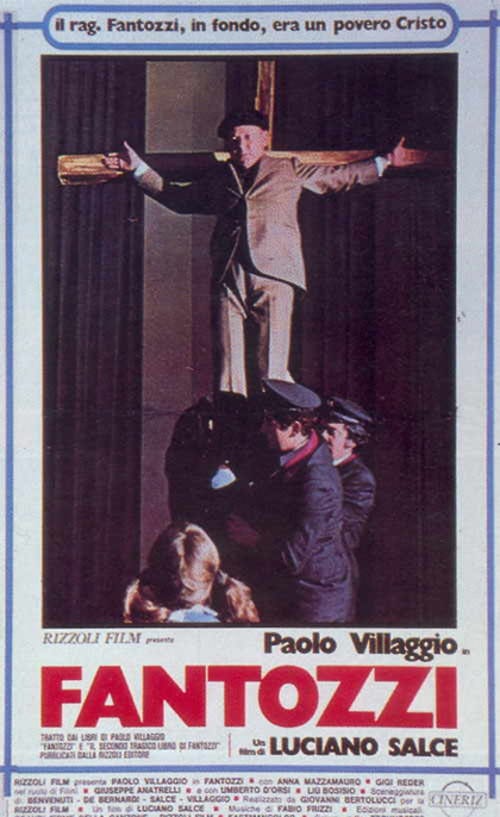 Fantozzi mercilessly portrays 1970’s Italy, which has a hilarious-comedy façade – which in part also came from slapstick tradition – but hides a dramatic landscape of the lower classes’ misery: mediocre and cowardly, they also “tenderly” strive to satisfy their instincts and desires, Fantozzi’s grotesque infatuation with Miss Silvani being the most obvious example.

«Accountant Fantozzi, after all, was a poor Christ»

Or maybe not even that: just think of the famous crucifixion in the canteen – the punishment that Fantozzi thinks he’s condemned after attempting to rebel against the bosses – which is replaced by the “miraculous transfiguration” into a mullet in the aquarium where the most servile employees dwell.

After all, is there anything more degrading than humiliation passed off as a reward?

Paolo Villaggio, the actor, passed away, but the timeless picture of Italy of the past (and of today) he designed keeps making us smile – and comfort us too in some way. We just hope that our New Years’ Eve will be luckier than this:

You may never have heard of him, but as soon as you read this article you will think: “Of course I know Bob Noorda!” – especially if you’ve ever been to Italy.   Visualizza questo post su Instagram   Un post condiviso da Moodie Comunicazione (@moodiecomm) in data: 8 Lug 2019 alle ore 3:55 PDT […]

In the Sixties, it was not unusual to spot Jean Paul Belmondo walking along Rome, or Frank Sinatra playing the piano at Harry’s Bar. Actresses like Ava Gardner were regular clients of the Fontana sisters and Capucci. Everyone had a pair of mocassins handcrafted by Ferragamo. Between the Fifties and Sixties, Rome became the Italian […]