The pre-season tests for the World Championship in the three classes (MotoGP, Moto2 and Moto3) began earlier this month. Many Italians at the start: from Valentino Rossi to Andrea Dovizioso, from Danilo Petrucci to Franco Morbidelli, from Andrea Iannone to Francesco Bagnaia (all engaged in the premier class). And more. All on their saddle, all following in the footsteps of the legendary Umberto Masetti.

Fans and friends in Borgo delle Rose (near Parma, where he was born on 4 May 1926), called him “Scarciole”, because he was as thin as a nail. Promoted to “Duke of Parma” after winning his first world title in 1950, Umberto Masetti was the first Italian racer to wave the Italian flag winning the 500cc class (at the time, the premier class of the world championship). Classic example of “genius and unruliness”, he was undoubtedly the first true “star” of motorcycling, conquering the pages of newspapers not only for his sporting endeavours, but also for his friends (such as Gino Bartali and Fausto Coppi) and his love affairs (the one with Moira Orfei being the most notorious of all). 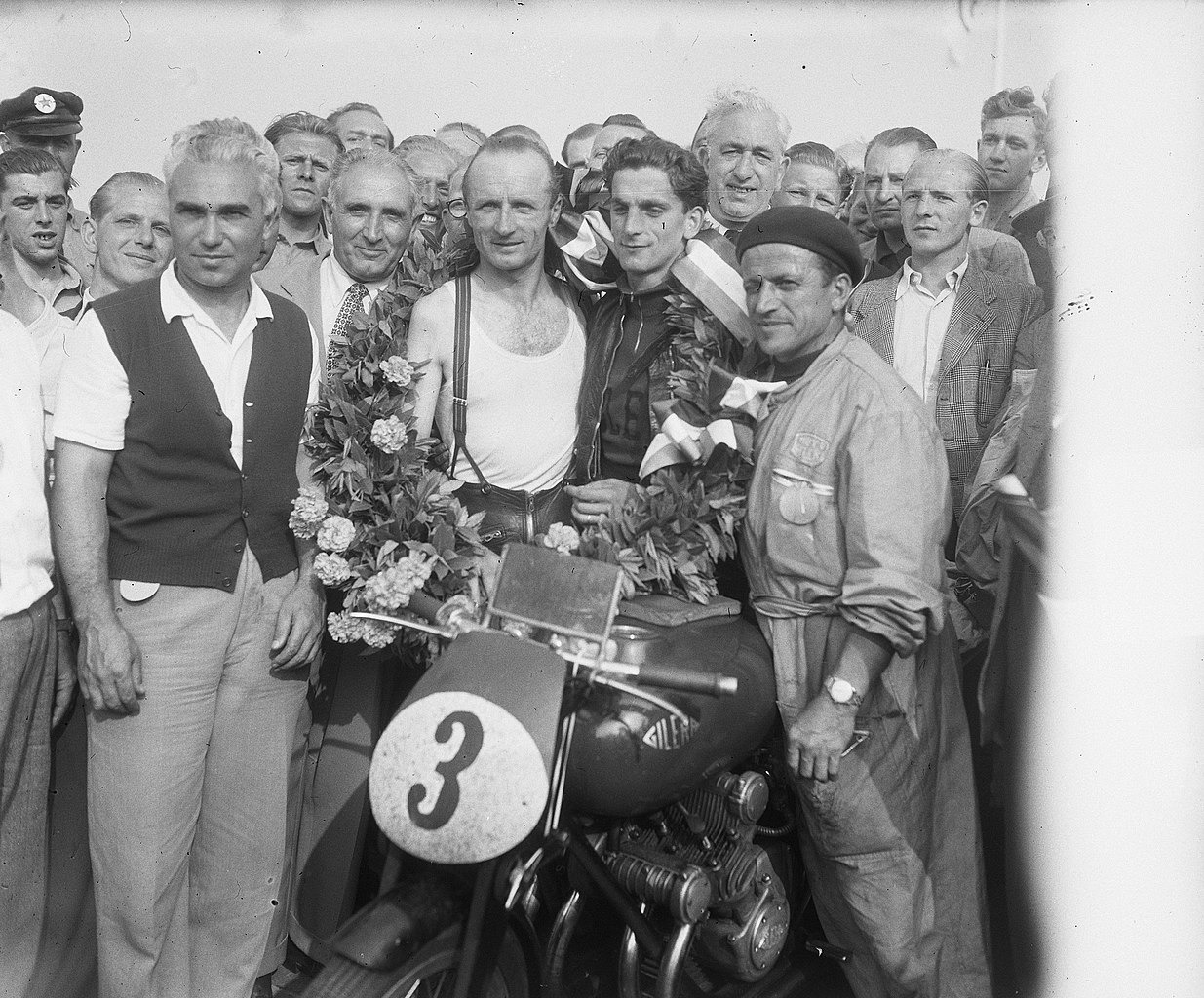 Umberto was destined to excel as a centaur, it was written in his DNA: he grew up amidst rods and pistons in his father Nello’s workshop, a Gilera dealership. It was his father who started him in competitions, authorizing him to get on a bike when he was only 20, in 1946, when with his “Guzzino 65” he participated in a local race in Reggio Emilia, where he immediately showed off his skills: the same courage and exuberance that would lead him to the top in a few years. 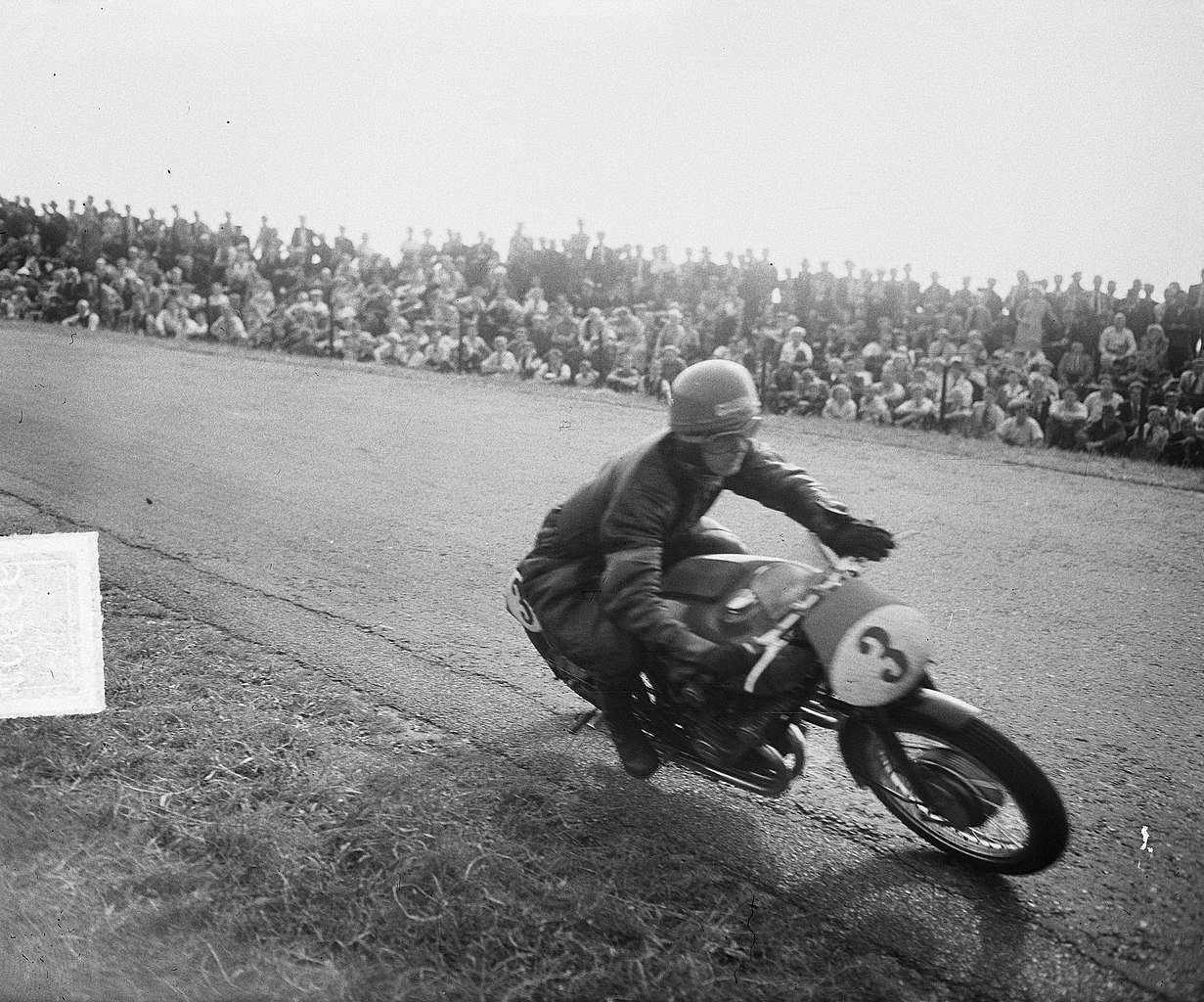 In 1949 he made his debut in international racing with a Morini 125, but he was already so well-known that in that fateful first year of the MotoGP World Championship Umberto Masetti established an undefeated record: he was simultaneously the official driver for Morini in the 125cc class, Benelli in the 250cc class and Gilera in the 500cc class. Famous for his restlessness and tenacity, he could be excessively vehement on the track at times, which could result in him not getting to the end of the race. Having had many accidents, while still very young he already had a mouth full of gold teeth. A few examples? In Imola he fell and slid for two hundred meters, breaking through a billboard and ending up in the water, while in Recanati he crashed into a curbstone, breaking 14 teeth.

His “home” was Gilera, an Italian brand that already had been the protagonist of motor victories and a great commercial success with its motorcycles before the 1950s. After World War II, during which motorbike production had stopped, motorcycle competitions took off once more and Gilera restarted to win. Masetti had breathed in their secrets since he was a boy, and it was with that stable that he wrote a historic page in motorcycling from 1950 on: at 24 (at the time the minimum age for racers was 21), he won the 500cc world title, thanks to the victories in the Grand Prix in Belgium and Holland, despite having missed the debut at the Tourist Trophy. Qualified rivals were out, including the emerging star Geoffrey Duke, the “Iron Duke”. Masetti’s rivalry with the Englishman was also the first major duel in the World Championship, one of the black and white races that made motorcycling history. In 1952 he won the World Championship again, again with Gilera: an Italian union that instantly took its place among the legends of this sport.

In addition to being good and successful, Masetti was a very pleasant fellow: nice, praised by the fans, capable of endearment even off the track. They said that with Moira Orfei he had a very special chemistry. In general, he knew how to seduce women: one evening, on the eve of a very important race, his staff apparently “locked” him inside his hotel room, taking away his jacket and trousers. But “Scarciole”, who never gave up in life as in racing, borrowed clothes from a waiter and sneaked out unseen. He returned at dawn, raced later on and won easily. He did not live as an exemplary sportsman, rather as a jet-set protagonist. 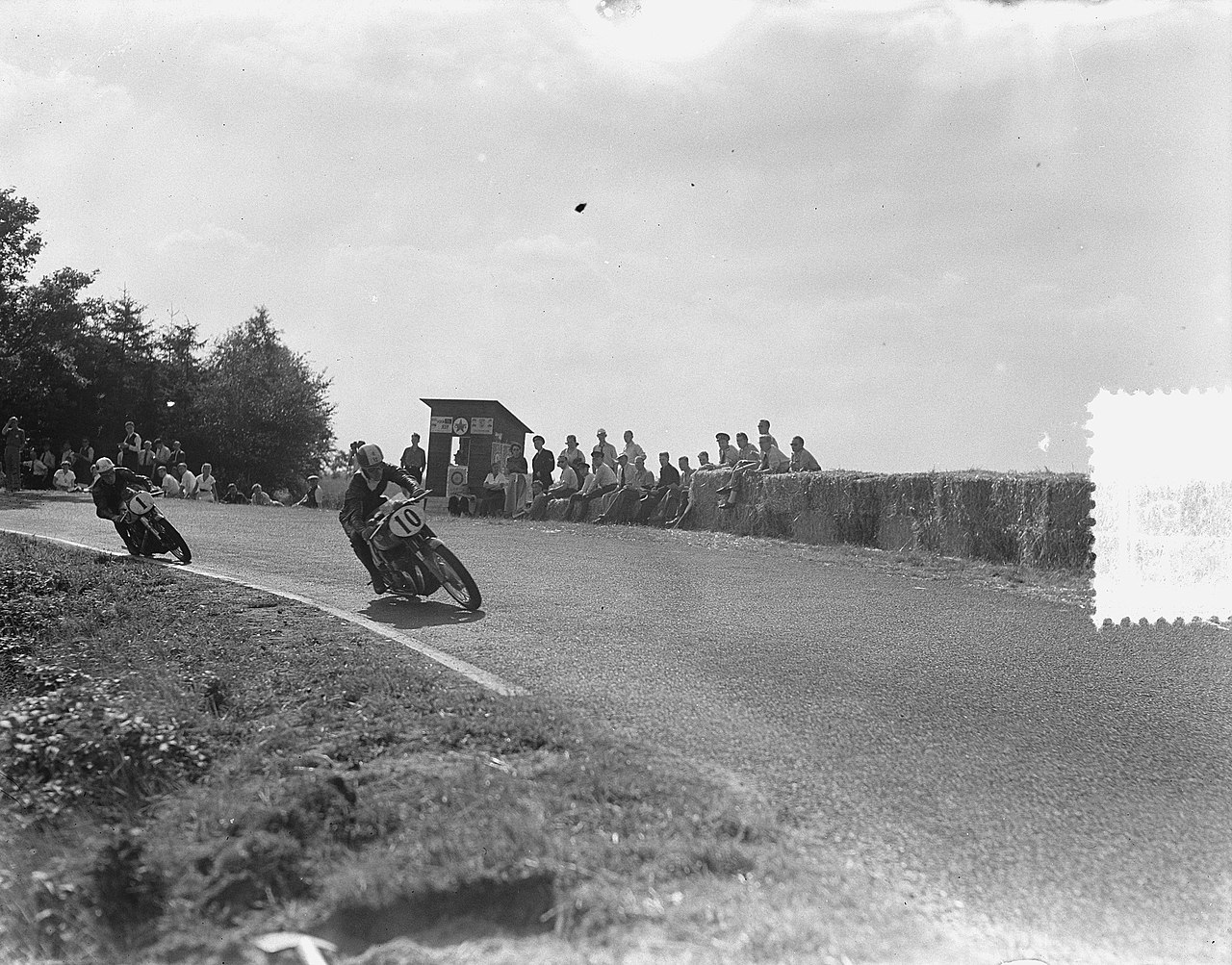 After moving to Chile, he returned to Italy in the early 1970s, once again welcomed by the motorcycling world he had never forgotten. He settled with his family in Maranello and found a job at the Agip service station in Modena, on the A1 highway, breathing in the “scent” of petrol he loved and grew up with. He then worked for Aprilia, becoming a manager in 1997. He died in May 2006.

His career was short-lived but intense: his two world champion titles gave him enormous popularity in Italy, paving the way to “the good life”. In worldly society, he made his way with the same determination and the same talent he sported on his bike, but his sporting performances suffered from these “distractions”. With some extra attention and confidence, his accolades would certainly have multiplied.

Bassano del Grappa has become the center of the world for lovers of classic and racing cars and ‘La Leggenda’ is the most intense focus point of all. Can you imagine how fun it must have been to attend such events in the 1980s? When weren’t reliability trials crowded with “chrono-holics,” those just focused on […]