You write Vespa, but you read myth. This is could not be truer for one of the most famous Italian icons in the world. Indeed, it’s one of the brands foremost in the history of made in Italy, increasing its worldwide fame.

It’s always fascinating to know the story behind great companies: to understand what’s happening in the brand presently; what has been a product in the past; and who had a genius intuition to rewrite rules of design, to dictate new lifestyles, and to become part of an universal society which is recognizable to everyone. 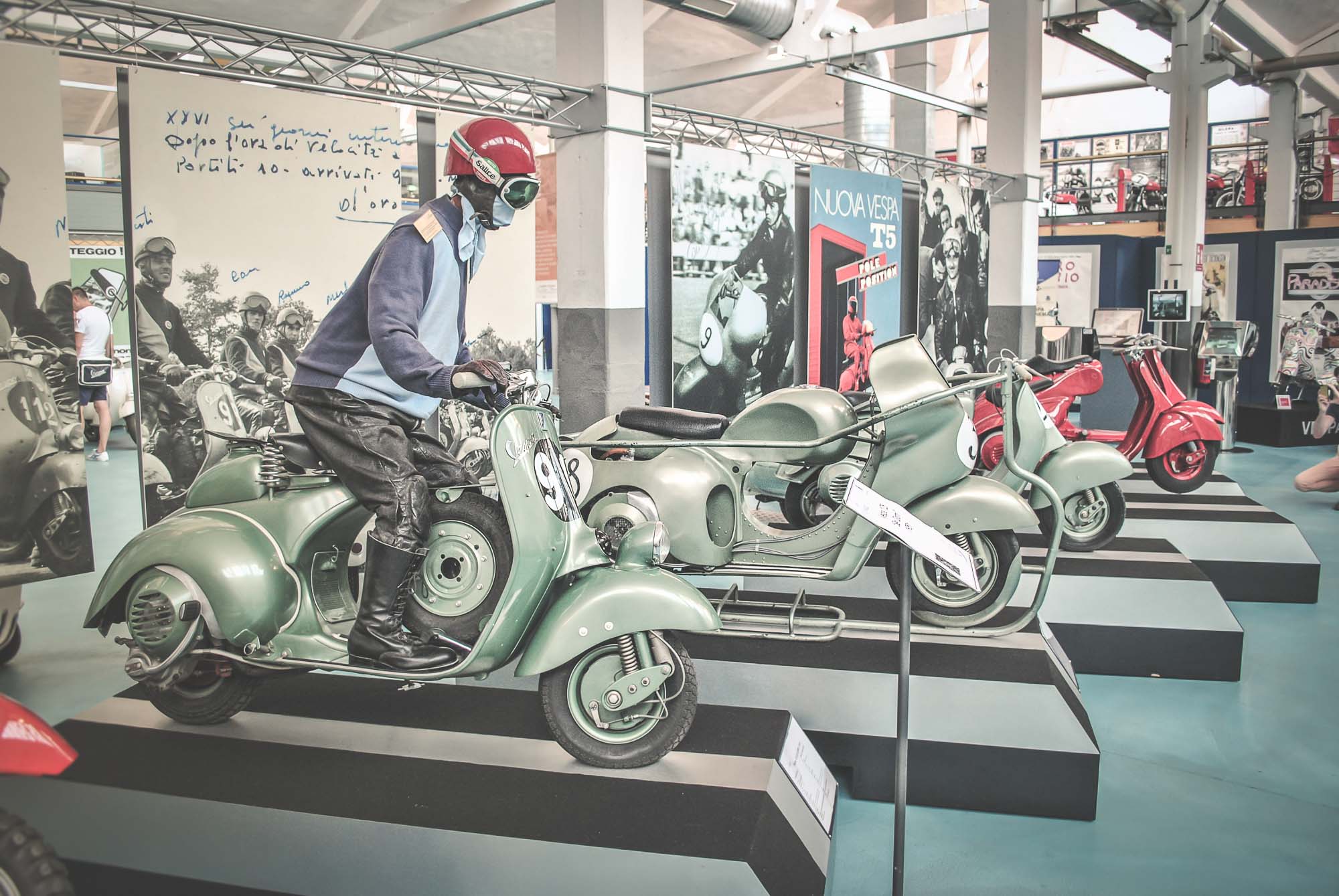 Then, even more exciting is to discover the genesis and the development of companies that have become international but were born and raised in your local area. This is the story of Piaggio, the mother of Vespa, and a leader in industry and mobility for over 130 years. It’s also the story of Pontedera, a small Tuscan town close to Pisa, home to the company.

““The origin of the name ‘Vespa’ remains uncertain. According to the most famous version, it was born from an exclamation by Enrico Piaggio, who exclaimed at the first look of the prototype: ‘It looks like a wasp (vespa in Italian)!’ because of the engine noise and shape of its bodywork.”

Enrico and Giovanni Agnelli had a very strong relationship: so solid that the president of Piaggio wanted to sponsor a museum that celebrated and explored years of historical memories of the company and its territory, from the mid-1960s until his death.

The Piaggio Museum, one of the most important Italian industrial museums, was born in 2000. It aims to rebuild the events of Piaggio and to retrace a long period of Italian history, consisting of economic transformations and costume and industrial development, narrated through the exposition of the most famous and representative products, and through the documents and images from the rich archive.

Its rooms welcome Vespa and Gilera collections alongside the most significant Piaggio products: from the 1930s aeronautical engines, to the railway locomotive of 1936, to the p148 plane of 1951, to vehicles for the mobility of people and goods ― such as Ape, Pentarò, and Ciao, and up to the last generation of scooters.

“The Piaggio Museum is the home of exclusive Vespa models: the one by Salvador Dali, signed and personalized by the great Spanish artist, the Torpedo Vespa (world record for speed in 1951), the Vespa Alpha, and D’Ascanio’s first prototype.”

However, Vespa is the true star of the Museum. Patented on April 23, 1946, though a project by Corradino D’Ascanio, it’s undoubtedly one of the most famous industrial design products in the world. The symbol of Italian design. 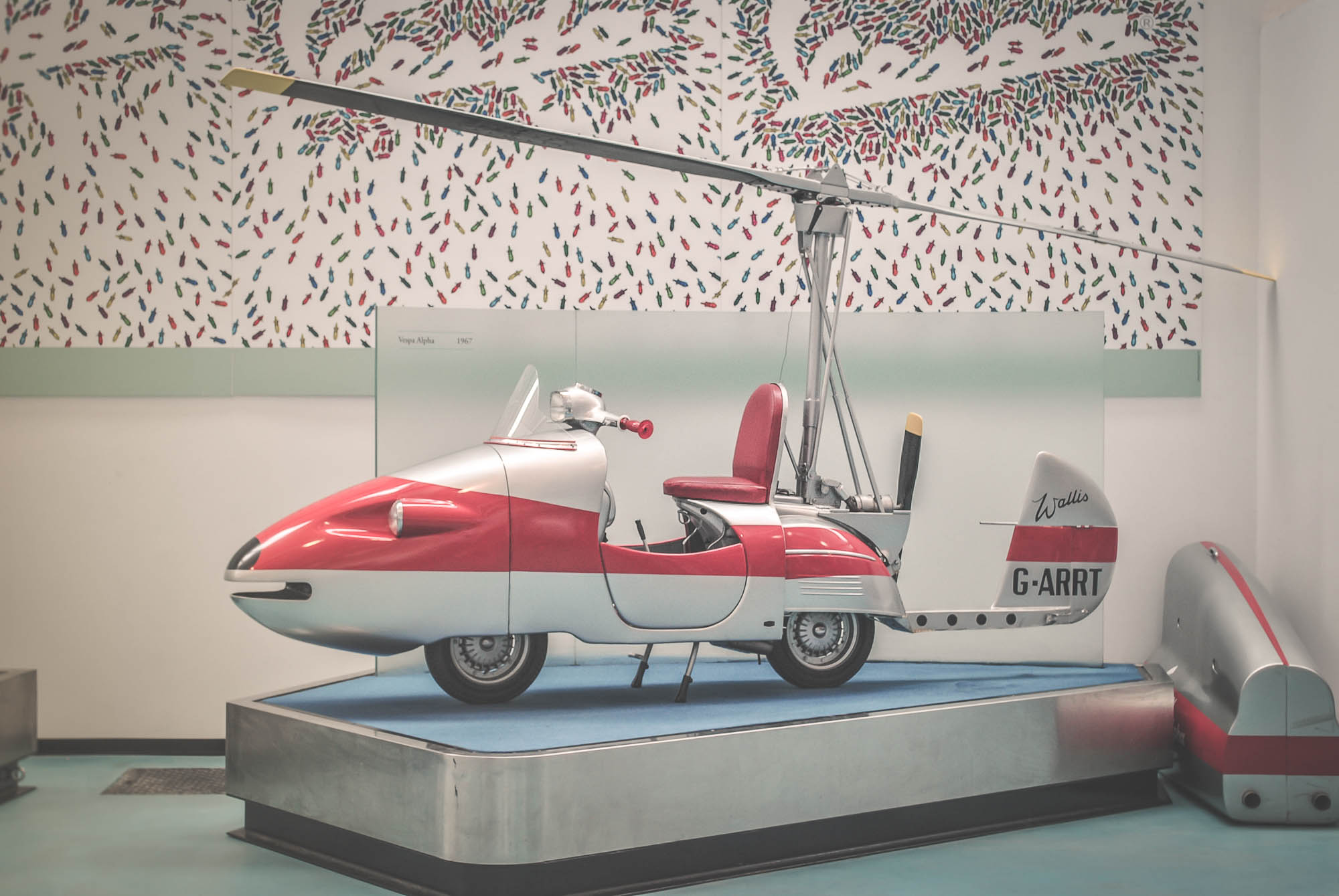 Vespa was exhibited in Design, Modern Art, Science, Technology, and Transport museums all around the world. Enrico Piaggio understood that, in order to create such an innovative product, he would have to choose a free-minded man; someone who wasn’t already biased by the bike world. He chose the aeronautical engineer D’Ascanio, to whom he entrusted the whole project.

Father of some experimental models of helicopters, and the man who “hated motorcycles,” D’Ascanio turned out to be the ideal person to invent something completely new. He used his knowledge to invent the first bike with a bearing shell, without tubular steel structure and because of this, without a central tunnel. The Vespa was born: the rest is history.

The Vespa has been celebrated by movies ― as an unforgettable main character in ‘Roman Holidays’, ‘La Dolce Vita’, ‘American Graffiti’, and in dozens of other Italian and foreign successful movies ― in music ― do you remember the famous ‘50 Special’ song by Lùnapop? To its fans, Vespa isn’t only a two-wheel vehicle: it’s a real lifestyle. 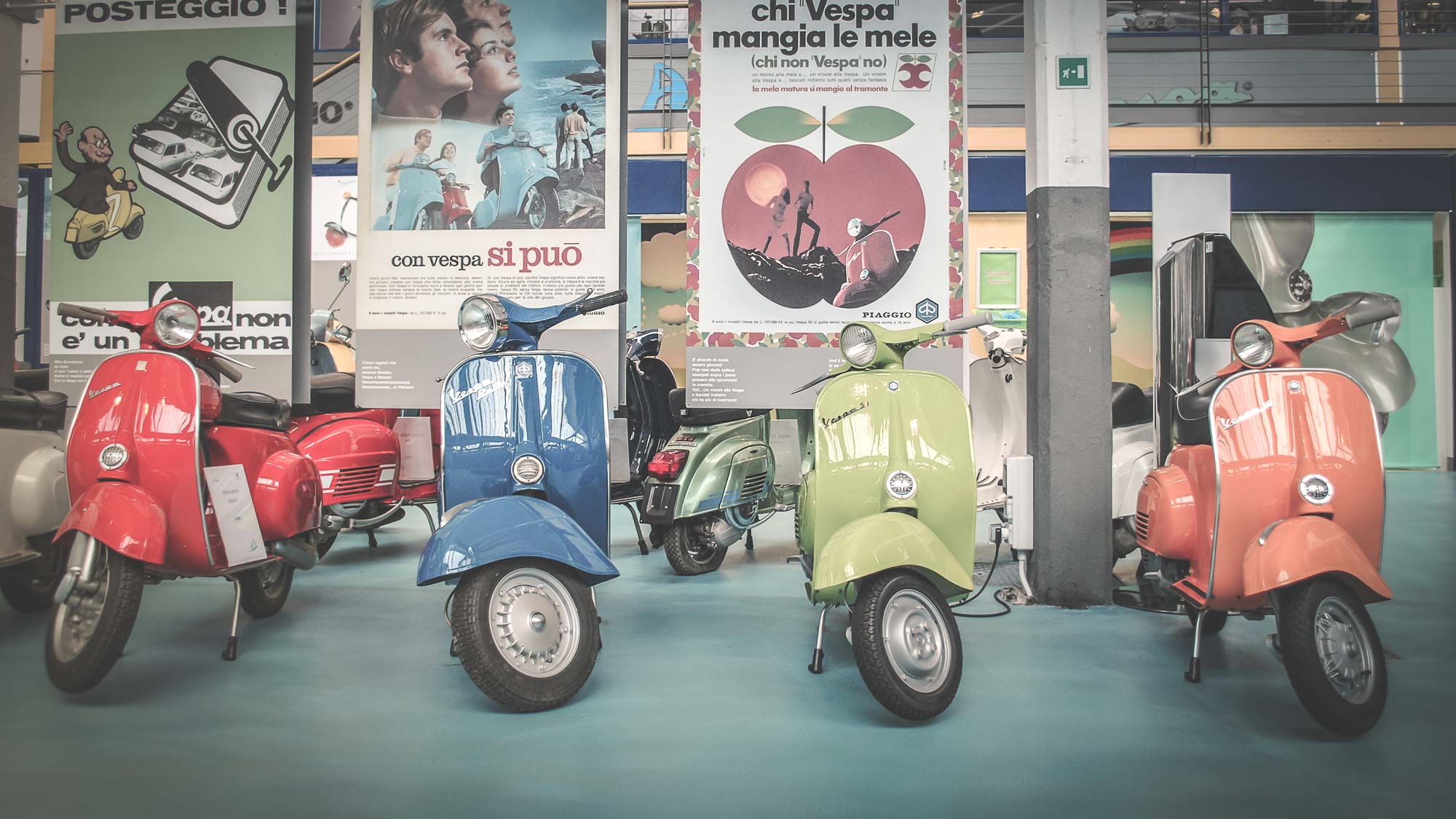