There is no traffic, no frenzy here. The surrounding skyscrapers defend Gae Aulenti Square like high walls, protecting it from the usual city noises. Only the continuous rustling of water interrupts the voices of passers-by. The square is like a public zipper in the heart of the city, connecting the Isola, Varesine and Garibaldi neighbourhoods and constituting the largest urban regeneration work in contemporary Milan. Perhaps this is why it is dedicated to an excellence of Italian architecture. 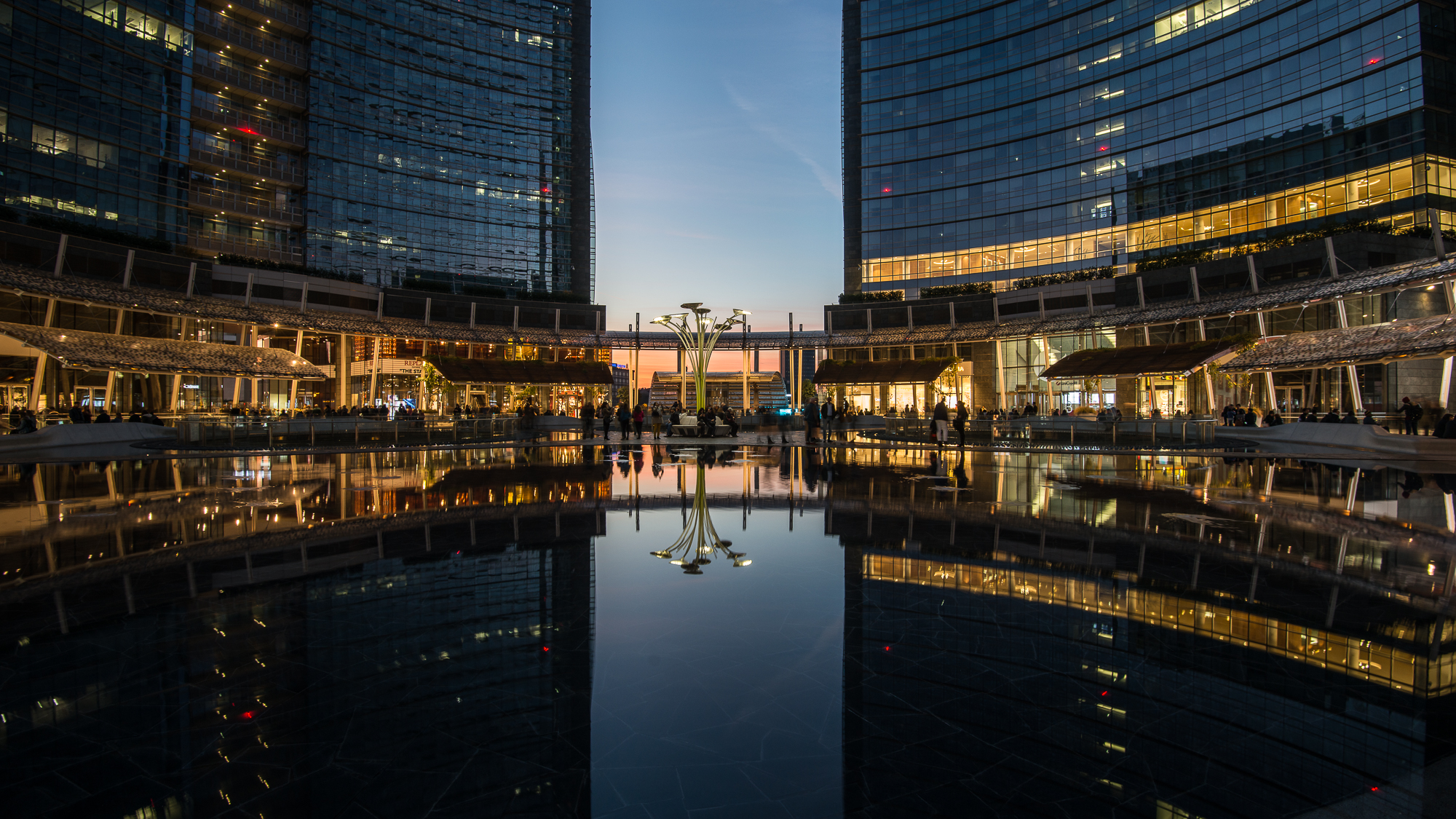 «A key character in the history of contemporary architecture, highly appreciated around the world for her creative talent and, in particular, for her extraordinary ability to recover the cultural values of historical heritage and the urban environment.»

This is how Giorgio Napolitano remembers Gae Aulenti. She, who fully lived 1950’s Milan, dipped into Rationalism, which was felt around Europe and which the young Aulenti will get to know closely. It was the post-war period, and the question the whole academic and architectural world tried to answer was how to professionally and ethically behave with regards to the recently ended historical experience.

«History had created a blank slate: it was necessary to reconnect broken wires, to dig deep. This was our post-war period and I don’t know why they called it Neoliberty.»

Gae Aulenti is part of the Neoliberty current that will define her whole profession: the historico-cultural research of past values through a deep knowledge of the built environment. The professional and academic experiences of the 1950s and 1960s will therefore converge in a very personal architectural research, in partial disagreement with the dominant culture.

«My architecture is closely related to and interconnected with the existing urban environment, which almost becomes its generating form, trying, with this, to transfer the multiplicity and intensity of the elements which define the urban universe.»

The architect makes this concept her creative motto, an architecture that generates urban situations, in close connection with the context it operates in. She travels all over the world, presenting herself as a low-profile archistar, very far from the professional firms of the great buildings of European and American cities and exporting, through her work, her personal idea of architecture and architect.

Maybe it was also because of this way of presenting herself in a subordinate way to projected objects that Olivetti, historical symbol of the Italian way of producing things, chooses her as a creative icon: she designs the commercial spaces of Paris and Buenos Aires for the company.

From now on, the commissions become more and more prestigious, the “Lady of architecture” is called to design important public spaces for which she lets herself be guided by the “reason of the place”: the Italian Cultural Institute in Tokyo, whose facade cladding recalls the cherry blossoms cherished by Japanese culture, became a national symbol.

But perhaps most of all, the redevelopment of the Musée d’Orsay best summarizes her design work: though a measured reorganization and reconfiguration of the exhibition routes, she protected the ancient station structure in its identity but also brought it back to today through a new functional use. Once again, her focus is not the project but the visitor, the artworks, the existing Parisian building, and above all the light.

Gae Aulenti passed away in 2012; in that very same year, a piece of Milan was named after her. 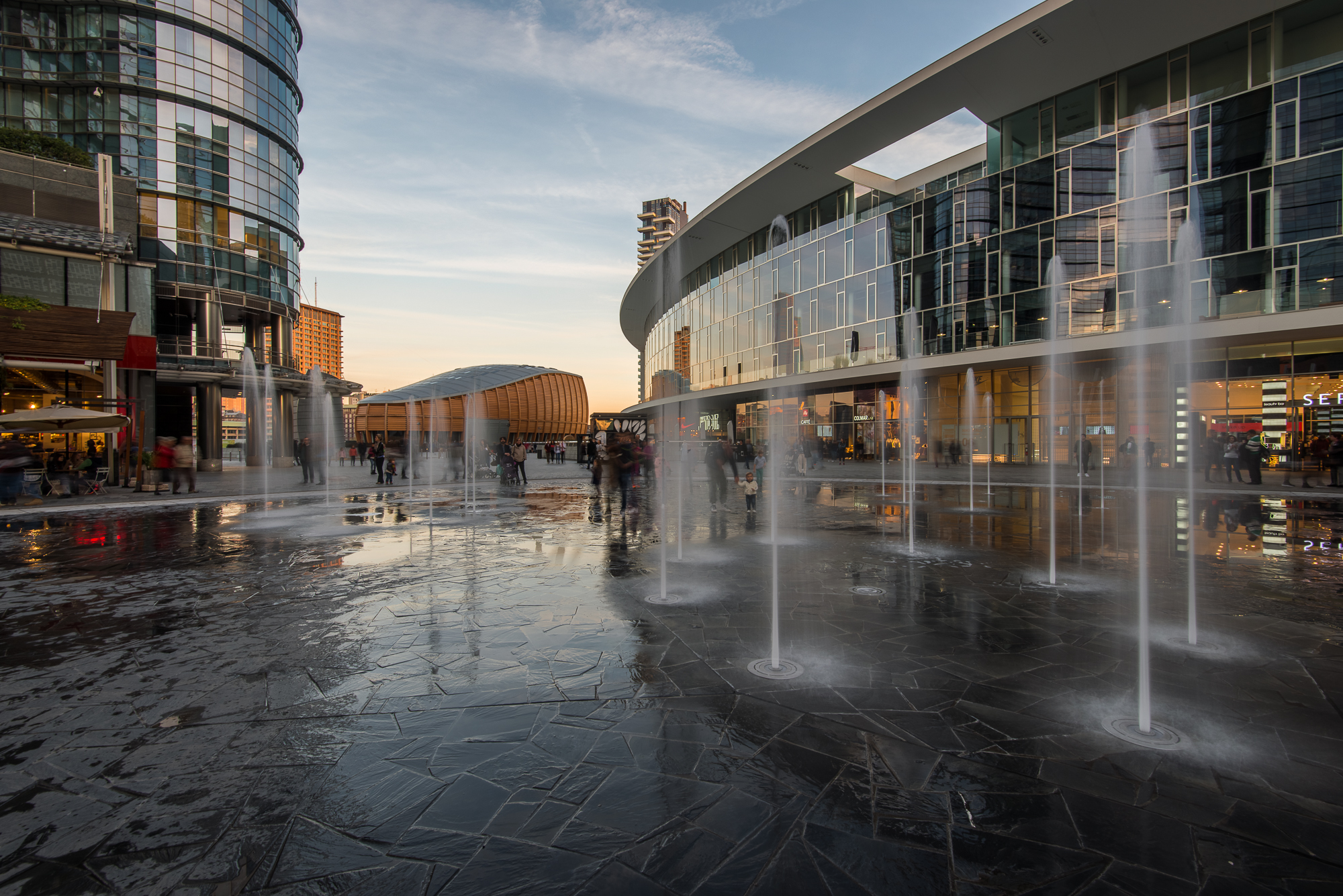 Piazza Gae Aulenti, designed by César Pelli, is a space of social integration capable of revealing a new part of the city.

In line with the design philosophy of the architect it is dedicated to, the square fits in silently, almost in a necessary way in its context, becoming an integral part of it and constituting a much-beloved pole for Milanese citizens: with a great offer of commercial and receptive premises, it embraces the sociality of the place in an architectural embrace. And if you’re willing to take a step further, the walking way brings you to the Bosco Verticale (“Vertical Forest” in English ), a residential pair of buildings popular for their vegetation, and to Corso Como, a great Milanese meeting point for nightlife, until the stunning Porta Garibaldi.

Pictures of Milan by our Ludovico Bertè.

Smelling a cup of coffee before tasting it, perceiving its irresistible aroma.

Let me take you for a ride on a Vespa

“Give me a Vespa, the summer is moving along, give me a Vespa and I can take you on a holiday” sang Cesare Cremonini, former lead singer of Lùnapop band. It was 1999, and the group with this spirited and lighthearted ode to Italian excellence shifted pop culture’s focus onto the most original way to […]