Massive feasts, knowing looks, true friendship and fake blows: this is the story of an emblematic tv-couple: the fantastic Bud Spencer and Terence Hill.

Always over-the-top in their rather comic westerns, genuine, but also simply drawn to each other’s witty glances, Bud Spencer and Terence Hill embody one of television’s iconic couples, one of those that entertained us and made us laugh the most. Children and adults alike have never believed their “fights” and blows were real; their talent, however ― well, everyone believed that was real. 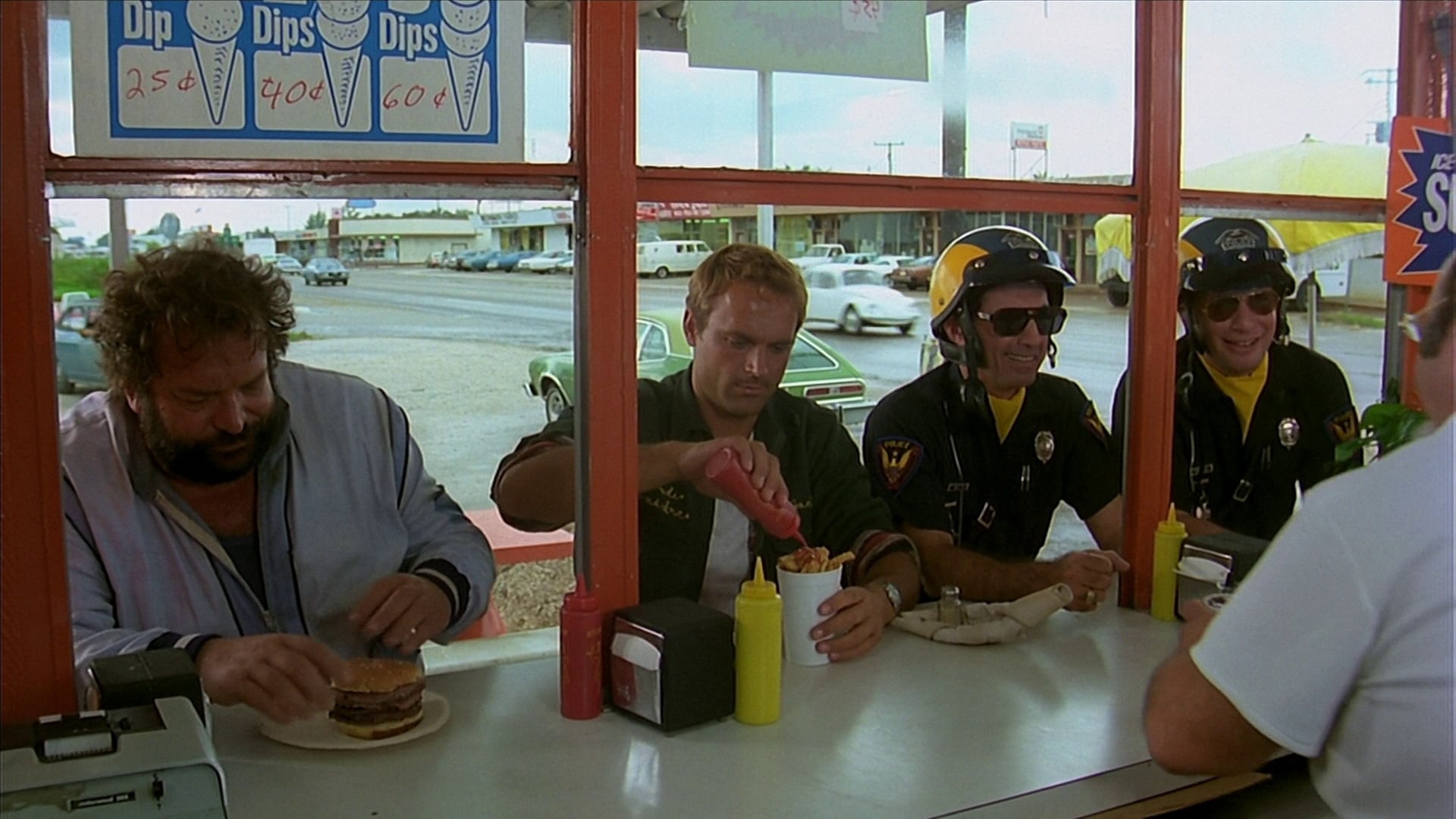 In 1959 they both took starred in the film ‘Annibale’, but they actually met for the first time eight years later, when they were on set together for ‘Dio perdona… io no!’ directed by Giuseppe Colizzi. This encounter was fortuitous, for, on that occasion, Terence was called to replace Peter Martell (injured after a fight with his girlfriend).

Carlo Pedersoli and Mario Girotti ― yes, these are Bud and Terence’s given names ― established a perfect connection immediately and discovered that their duo really worked.

The director Colizzi himself was the first to see this while touring Italy to observe prima manu the film’s impact on the audience.

“Colizzi ― Terence Hill says ― noticed that when Bud and I were close, people were more entertained. He wanted us to work together in ‘I Quattro dell’Ave Maria,’ where we tried to take back the money Eli Wallach had stolen from us. Then Enzo Barboni shot ‘Trinità’: Bud and I found the perfect rapport there.”

However, the couple’s breakthrough (along with a new movie genre ironically called “Western beans”) was ‘Lo chiamavano Trinità’, centred around a lazy and indolent gunslinger who reaches a village where he is surprised to find his brother in the unusual guise of a sheriff, who (it is later revealed) is, in fact, a cattle thief. 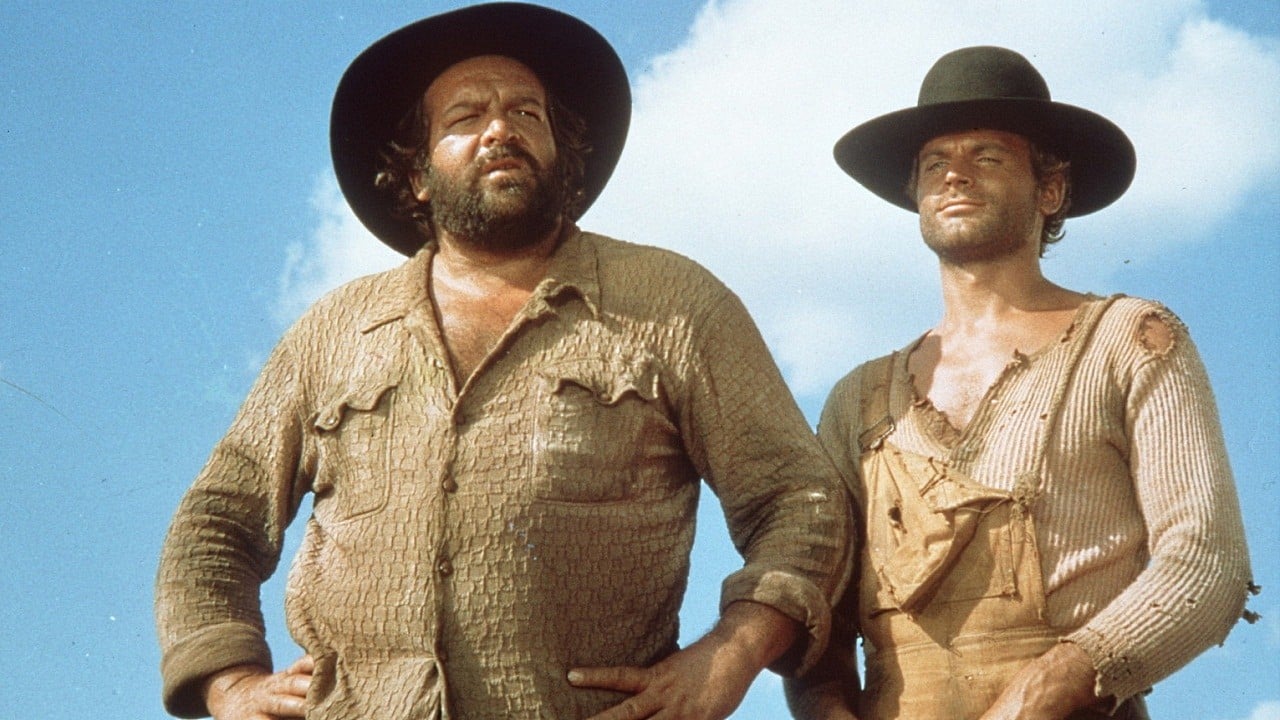 “It was the most viewed Italian film ever seen at the cinema – not in terms of domestic gross, but of the sheer number of attendees from its release ― December 1970 ― to 1986.”

It’s easy to imagine why: it was a radically different film, an original genre, a western comedy, very lighthearted. Its “manifesto-scene” is when ‘Trinità’ (Terence Hill) gorges on beans (lots of beans!) from a pan. Remembering those shots, Terence said:

“Before shooting scenes where I ate beans, I used to starve myself for 24 hours. This worked, and at the end, the scene was so realistic that the director decided to shoot it only once.”

Thanks to this film and the following, Bud and Terence found their place and positioning within Italy’s film industry. Both were well aware of the message they wanted to deliver and were so sure of the direction they wished to follow, that they regretfully refused very important roles. An example?

Spencer declined the role of Trimalchio in ‘Fellini Satyricon’ because the part required nudity, whereas Hill could have been the Italian Rambo and the protagonist of a very successful saga, but he was ultimately discouraged by the excessive violence of the film.

“Fellini ― Bud confessed ― called me for Satyricon: he wanted me to play Trimalchio. But he told me I would have to lie with my behind bare and that someone would bite it. Federico, come on! Do you think I could pull that off? I refused.”

As the years passed, the duo won the public’s affection and respect from colleagues and filmmakers who stated that the sincere laughter they conveyed and those unreal blows are good for your heart:

“I chose Bud Spencer for my film ― explained Ermanno Olmi ― because he is a great actor and because long ago when I was hospitalized, his films kept me such good company that I now consider Carlo an old and trusted friend.”

Not only “beans and blows”: over the years the two actors cultivated a number of interests – like swimming, for example, Terence was “caught in the act” during a race with Dino Risi, whereas Bud Spencer was a true champion, the first Italian to swim the 100 meters freestyle in less than a minute. And that is not all: he also holds a pilot license and has founded an airline of his own.

“In a movie, he simply had to move the plane along the runway, but one day he went further and took off. His pilot license followed and, in a 1985 film, he flew an actual helicopter.”

They took part in undeniably successful films and had a wonderful career. Things, of course, eventually changed: over time they went their different ways, dismissing their checkered shirts and their bean-stained vests. 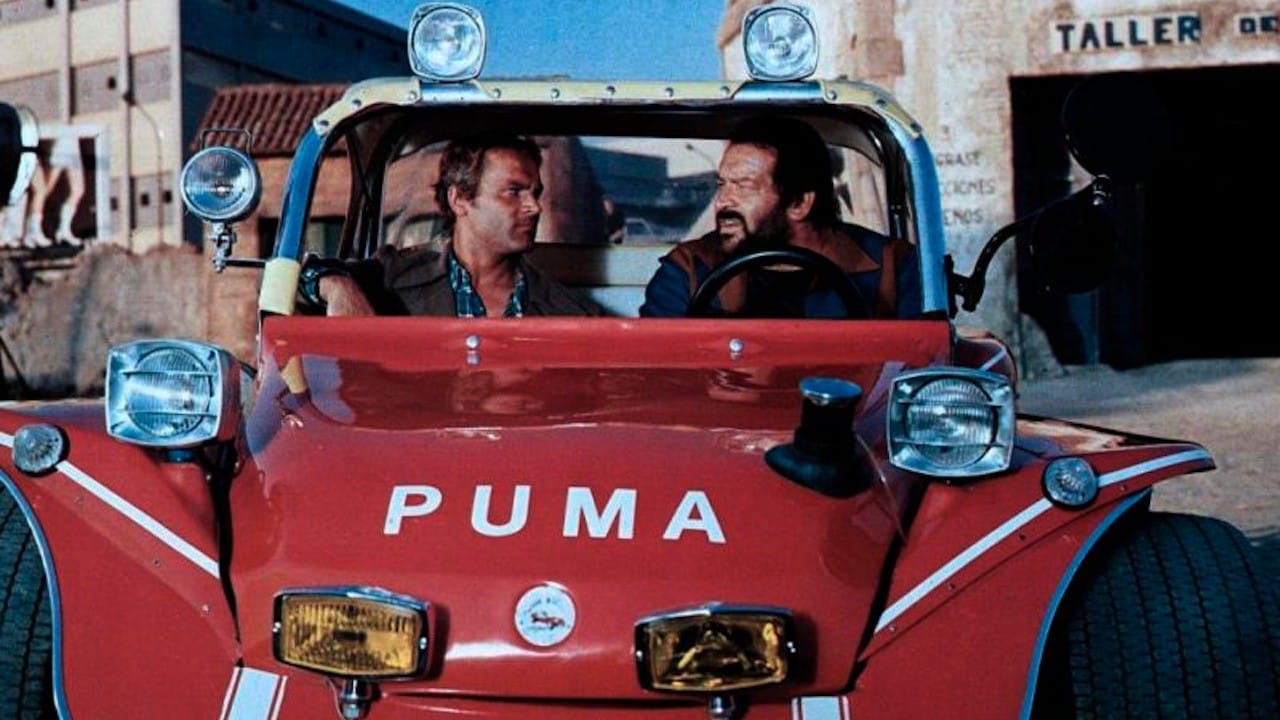 Despite this, and despite the loss of the warm-smiling big man, Bud (in 2016), they will always be remembered as the unique couple who gave us carefree, funny and ironic moments.

“The hilarious ‘firemen’s choir’ in the film Altrimenti ci arrabbiamo and the scene in Io sto con gli ippopotami, where Terence mixed champagne with caviar and butter ― and actually drank that goop!” 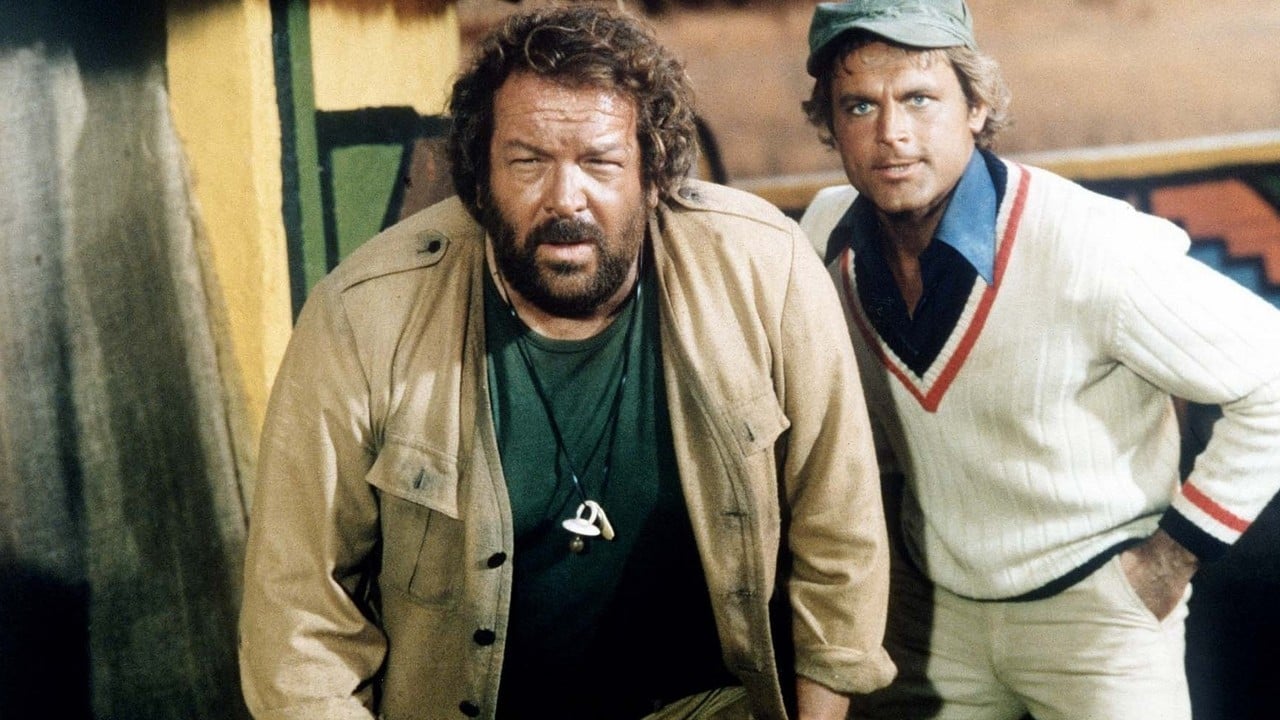 Many years together, at work and in life: Terence and Bud developed a true friendship, of the sort that does not dwindle in time. Heartbroken by Bud’s death, Terence said to journalists:

“Having Bud around was fun! I already know that when we meet again, his first words shall be: ‘We have never quarrelled!’”